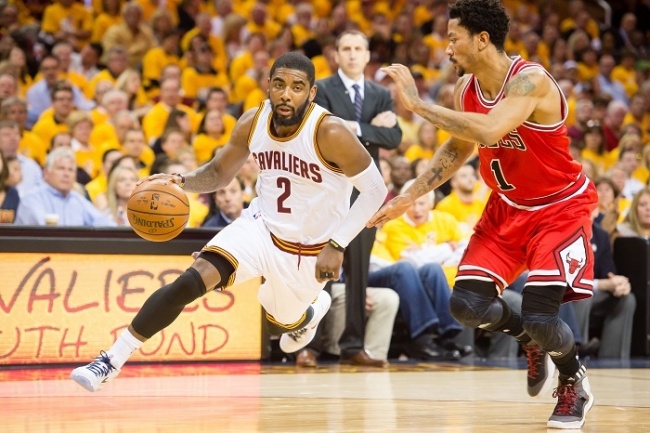 The NBA is considering taking the players’ wearable technology to the next level by reportedly trying out GPS devices. Zach Lowe of ‘Grantland’ wrote about how the NBA plans to use these devices to further benefit the league.

“The NBA is putting its own money into the study of wearable GPS devices, with the likely end goal of outfitting players during games, according to several league sources. The league is funding a study, at the Mayo Clinic in Minnesota, of products from two leading device-makers: Catapult and STATSports.

Weighing less than an ounce, these devices are worn underneath a player’s jersey. They track basic movement data, including distance traveled and running speed, but the real value comes from the health- and fatigue-related information they spit out. The monitors track the power behind a player’s accelerations and decelerations (i.e., cuts), the force-based impact of jumping and landing, and other data points. Team sports science experts scour the data for any indication a player might be on the verge of injury — or already suffering from one that hasn’t manifested itself in any obvious way.”

The new era of players is becoming more and more athletic. With more high-fliers and active players, a lot more players are coming down with injuries that are really hurting their teams’ chances down the road. So the league, in turn, is looking into any ways to prevent injuries. That means that looking at which body part a player is using more than another could help determine if that is the cause of an injury. Lowe explained it best in his piece:

“The devices can show, for instance, that a player gets more oomph pushing off his left leg than his right — evidence of a possible leg injury. They will show when players can’t produce the same level of power, acceleration, and height on cuts and jumps. Those are typical signs of fatigue, but there is near-total consensus among medical experts that fatigued players are more vulnerable to all sorts of injuries — including muscle tears, catastrophic ligament ruptures, and pesky soft-tissue injuries that can nag all season. The Warriors rested Klay Thompson and Stephen Curry last March after data from Catapult devices (used in practices) and SportVU cameras indicated their bodies had reached extreme fatigue levels, as Ken Berger of CBS Sports reported during the Finals.”

But as cool as this technological advancement sounds, a lot of concerns are being raised by the players’ union, another major stakeholder in the league, and NBPA Executive Director Michele Roberts shared her thoughts on this venture:

“My greatest concern is how some of this information might be leaked or used in contract negotiations,”

Scenarios where managers and owners can simply say that this player does not work hard by cherry picking on certain instances can become a legitimate concern for these athletes. Even more so when privacy matters aren’t ironed out properly between the teams and players.

It’s ironic that the littlest information, as subtle as they are, could have a huge impact on a number of areas in, and outside, of the basketball court. They have the potential to become very useful, as they have already proven in certain situations from the past, but the possible nuances are also legitimate.