Is Kevin Love Fitting In With The Cavaliers? 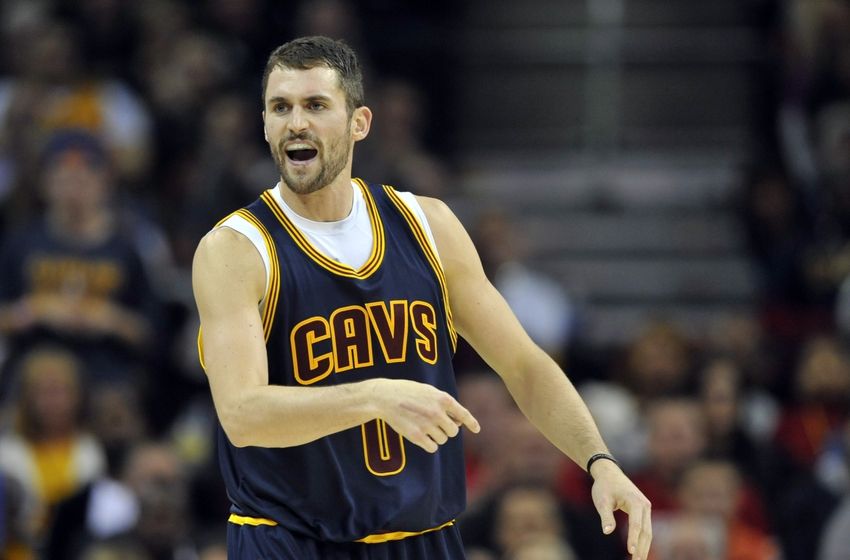 Kevin Love has definitely had growing pains during his first season with the Cleveland Cavaliers. Throughout his six seasons as the star player of the Minnesota Timberwolves, Love never really faced much criticism, aside from his inability to lead the team to the playoffs. This could partially be explained by the lack of playmakers on the rest of the roster, and many assumed that he would perform better with better teammates.

This curiosity was rekindled when Love was traded from the T-wolves to the Cavs in a three-way trade back on August 23, 2014, with the Cavs giving up a pair of number one overall picks in Andrew Wiggins and Anthony Bennett, along with another first round draft pick. Many people thought: “why would the Cavs trade an unproven-yet-probable superstar player for an all-star who plays poor defense?” Others viewed Wiggins as simply too high of a price tag for Love, seeming content with having an unseasoned, but elite 20-year-old wing defender instead of a 26-year-old stretch four. Despite these doubts, many others, including Cavs GM David Griffin, believed that the Cavs needed a another superstar to form a Big Three in order to compete for the championship.

Many doubters of the trade would say that K. Love wouldn’t be able to mesh well with LeBron James and Kyrie Irving due to the fact that there is only so much space in the paint before it gets crowded. Despite this, the hope was that K. Love would slowly begin to move his shooting toward the 3-point line a little more, a skill he developed a niche during his time in Minnesota, while still mixing it up and playing in the post occasionally. He has had trouble in terms of finding his role on the team: after averaging 26.1 points, 12.5 rebounds, and 4.4 assists per game in his last season with the T-wolves, his numbers have dropped down significantly to 16.8 points, 10.1 rebounds, and 2.3 assists per game this season with the Cavs, which was somewhat expected. Love’s lack of consistency has been the troubling factor in those numbers because he’s scored in single digits 12 times and shot below 40% 26 times this season.

Love has been getting a lot of attention partially because he is playing with arguably two of the best ten players in the game today in Uncle Drew and King James, but also because he seems to not really “show up” in many games this season. Love has been inconsistent for the majority of the season so far: he’ll put up 20-30 points in a game, followed by two games of 10 or less points. He’ll help the Cavs secure a win during crunch time in one game, and then sit out the entire fourth quarter in the next game. On the surface, part of this can be attributed to the coach, David Blatt, but let’s be honest here: Love hasn’t been performing as advertised. His usage rate is only 21.7% compared to 28.8% last season with the T-wolves. Yes, his usage rate takes a hit when he plays with Kyrie and LeBron, but its too big of a drop to just wave off as being no biggie.

Despite his troubles with finding his role on the team early-on, Love played very well during the month of February, where his points per game have gone down, but he is shooting more efficiently, which has contributed to more wins for the Cavs.

Here are Love’s shooting numbers by month (through March 24)

This could be a sign that Love has found his niche on this new Cavs team, especially after the huge January trades that completely changed the Cavs’ roster chances at the championship. Although KLove has been playing decently well, he’s bound to have a few breakout games during the playoffs.

To get Love more involved, Blatt should try to run the offense through him when LeBron or Kyrie are not on the floor. When LeBron or Kyrie are on the court, Love often ends up on the wings so that his draws his defender away from the paint where #23 and #2 go to work. But when K. Love is with reserves on the court, Blatt should change up the offense to something similar that K. Love played with in Minnesota- a lot of posting up, 3-point shooting, and passing. With this, he can definitely rediscover himself in time for the playoffs and contribute greatly to the Cavs championship run. 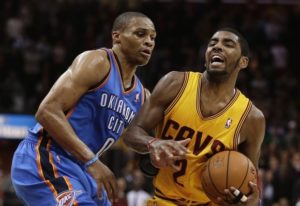