Is Jeremy Lin A Good Fit For The Cavs 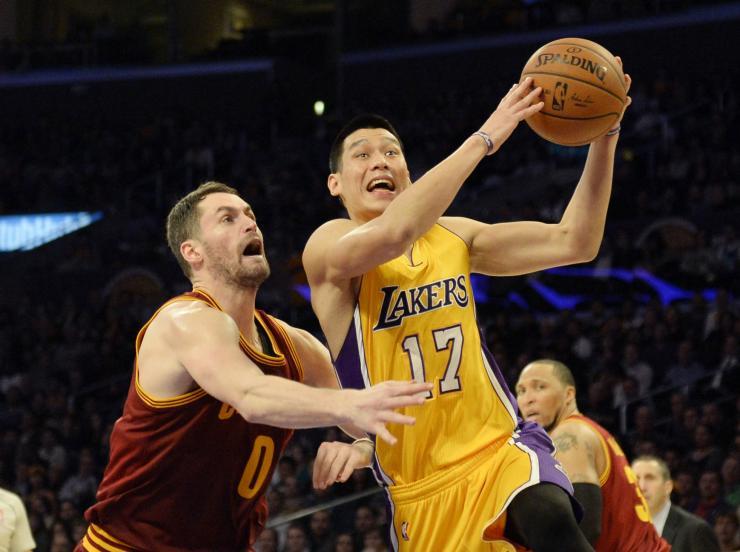 Despite Delly’s production following Kyrie’s season-ending injury in Game 1 of the NBA Finals, the Cavaliers understand that one of their biggest needs this summer is improvement at the PG position behind Kyrie. Before the trade deadline last season, the Cavs tried to acquire a backup point guard. Instead, the Cavs traded for two shooting guards in Iman Shumpert and JR Smith. They were brought in with the expectation that JR would shoot lights out, and that Shump would play excellent defense along with some point guard work. Shump did not really seem comfortable playing point guard, which further exposed the Cavs’ need for a backup PG. When Kyrie went down, the Cavs were left playing undrafted second year guard Matthew Dellavedova.

Now that the Cavs have dealt with some of their free agents including Kevin Love, JR Smith, Timofey Mozgov, Mike Miller, and Iman Shumpert, their attention should now shift to finding a point guard to backup Kyrie. There have been rumors of the Cavs exploring Mo Williams and Nate Robinson, among others. One notable free agent that comes to mind: Jeremy Lin.

Lin began his career undrafted by the Golden State Warriors, and was promptly released. The New York Knicks picked him up in 2013, and Linsanity began. Lin took the NBA by storm, helping the Knicks win quite a few games. Lin became a free agent in the summer of 2013, and the Houston Rockets offered Lin a contract. The Knicks refused to match, and Lin headed to Houston. He was brought in to be the team leader, and he was, until the Rockets traded for James Harden. Lin instantly became the second option, and his usage% dropped. In the offseason in 2014, the Rockets traded Lin to the LA Lakers with a first round pick in order to free up space in an attempt to sign Chris Bosh.

Lin had a decent year in LA, although he was in and out of the starting lineup. He was able to share the ball with Kobe while also getting the bigs involved. Despite this, he did not shoot as well as expected, averaging 11.2 points, 2.6 rebounds, and 4.6 assists per game. With the Lakers out of playoff contention early-on in the season, head coach Byron Scott elected to start rookie Jordan Clarkson instead, leaving Jeremy to come off the bench.

Lin needs to make a comeback, and there are not many better fits for him than the Cavs. The Cavs are in need of a backup point guard that can distribute the ball and shoot the ball when necessary. Lin can also play off the ball as a spot up shooter when LeBron wants the ball in his hands. Lin’s season with the Cavs did not bode well for his playing career, as many potential suitors are not keen on his performance from last season. The Cavs are known for being able to get high profile players to perform (i.e. JR Smith). In addition, Lin would definitely welcome the idea of playing with 3 all-stars, where he isn’t the center of attention. He would also very much appreciate a reunion with Shump and Smith- two former Knicks whom he had great chemistry with.

Why Bringing Tristan Thompson Back Is Key For Cavs

The Cavs could settle for Mo Williams/Nate Robinson, but they are much older and there would be chemistry issues. Although Lin might be more expensive, he will come at a bargain compared to the production he will give the Cavs. Lin would probably be willing to sign a one year deal, to prove to the league that he can still play at a high level. Then during the 2016 free agency period, he can cash in.

This is nothing against Delly- he performed for us when the Cavs needed him most. Despite this, he would probably be more in his comfort zone with limited minutes, on the depth chart behind a backup like Jeremy Lin.