Is Father Time Catching Up with the King? 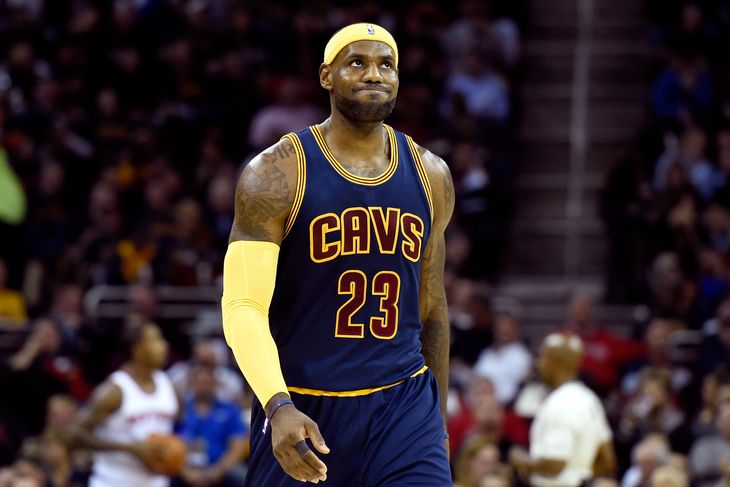 Nine games into the young 2014/2015 NBA season, many astute observers have noticed that LeBron James hasn’t quite played like the LeBron James NBA fans have grown accustomed to seeing. That is, he hasn’t been steamrolling down the lane and throwing down thunderous dunks with utter disregard for human life (at least not nearly as much as he used to).

As such, questions about his health, age and athleticism have been raised, and they haven’t fallen deaf upon James’ ears. Last week, he responded to a reporter’s question regarding the disappearance of his high-flying act so far this season:

“I apologize I haven’t been above the rim, but I’m in the lineup. Whatever it takes to help us win.”

The problem is, at 5-4 the Cavs haven’t been winning at the rate their fans would like them to, and there are those who point to James’ apparent diminished athleticism as a major reason why. It’s almost as if the King has begun to show mercy to the victims he so often posterized.

His response only seems to have opened the door to more questions:

Has father time finally begun to catch up to the runaway freight train that is LeBron James? Does he have developing/serious injuries? Why isn’t he dunking as much, let alone “throwing the hammer down” (as Austin Carr would say) over helpless NBA defenders that once feared to stand in his way?

These questions can only truly be answered by LeBron James himself, but are such questions even warranted? Fresh off a week of gaudy statistics (35 ppg, 7.0 rpg, 7.7 apg, 50% from three and nearly 60% from the field overall), LBJ earned his 46th career “Eastern Conference Player of the Week” of award. During that span, the Cavs were also able to rip off four straight wins before losing to a talented and hungry (albeit thus far disappointing) Denver Nuggets team at home.

If that’s LeBron James “losing a step,” it’s safe to assume any NBA team would be grateful to have him on their side.

{adinserter 2}It’s important not to lose sight of the forest staring at the trees— that is to say not losing sight of the long term goals in favor of short term return. That’s a lesson LeBron James learned during his tenure at Miami. A common saying is that a person learns who they truly are during their college years, and as LeBron experienced his 4 years in Miami as the basketball version of his own “college experience,” LeBron discovered who he is as a basketball player during his time with the Heat.

Since graduating from his 4 years in Miami, LeBron is a proven winner and a leader; but it wasn’t always that way. If you were a fan of the Cleveland Cavaliers from 2003-2010, you remember the explosively athletic and incredibly gifted basketball player that was LeBron James. He twice broke the 30 ppg plateau and his ceiling as a player only seemed to get higher with each passing year in the league. He threw down rim-rattling dunks with ease and highlight reel chase-down blocks from behind became commonplace as his game began to develop on the defensive end. He was Cleveland’s “chosen one,” destined to lead the Cavs to the promised land with his superhuman athleticism and basketball IQ.

Except what you don’t remember is LeBron hoisting the Larry O’ Brian trophy in a Cleveland Cavaliers Jersey. What you do remember is him hoisting it twice donning the apparel of the Miami Heat.

So what changed? Why was LeBron able to do it in Miami but not in Cleveland? Many will say it’s because his supremely talented supporting cast were far greater than any team he played on in Cleveland (Eric Snow and Ira Newble, anyone?), and they would be right. But that’s not the only difference.

LeBron evolved his game to achieve and sustain success on the highest level. If you look at his individual statistics during his time in Miami, his ppg averages were some of the worst in his career. While he still was throwing down monstrous dunks and insane alley oops, he was already beginning to show signs of “slowing down” from an athletic standpoint. Media members had already begun to note that LeBron seemed to have traded some of his speed for power; but it seems like LeBron got smarter in addition to getting stronger. In fact, the changes in athleticism and the higher risk of aggressively attacking the rim has turned into a new, more effective strategy for his team. 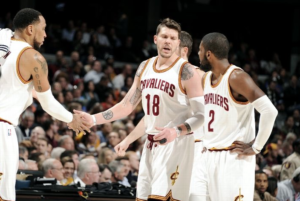 JUST IN: Cavs End Their Win Streak As They Fall To The Denver Nuggets 97-106