Is Cavs Roster Set Or Do They Need Another Piece? 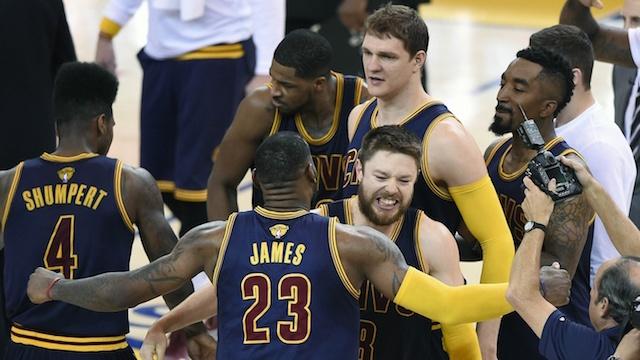 While Lebron James is still having “nightmares” about the recently concluded finals, Kyrie Irving believes that he would have been a champion by now had he and Kevin Love not been injured.

“I felt like we would’ve definitely won an NBA championship if we had everyone healthy,” says Irving.

It is very possible because the entire Cavaliers organization and fanbase agree with Irving. With three all-stars on the team, one of them being Lebron James, they would’ve probably dismantled the Golden State Warriors with a complete cast.

Even though the Finals run was amazing, falling two games short of a championship, thus a good story as David Blatt had pointed out earlier, ultimately, it’s about winning it all and that is definitely what the Cavaliers will look for next season.

Cheer up Cavs fans! Las Vegas oddsmakers have predicted that the Cavs are the early frontrunners to win the title next season. Jeff Sherman, assistant manager and NBA oddsmaker at SuperBook talked about the Cavs odds.

We’ve seen with the Heat, where the first year Lebron didn’t win. Usually, things improve, chemistry improves. We just expect that they’ll be that much better next year and actually have some separation between other teams, assuming that they’re healthy.

Jeff Sherman’s words could possibly be the story of the 2015-16 Cleveland Cavaliers. When LeBron James joined the Miami Heat in the summer of “The Decision” and a big three was created with him, Dwyane Wade, and Chris Bosh, there was immense pressure on them to win but, coincidentally, they fell two games short of a championship as well. However, the following year’s finals series had a different outcome for the Heat when they humiliated the Oklahoma City Thunder with a commanding 4-1 series win to lift the trophy. A similar story line could be seen in Cleveland next year. 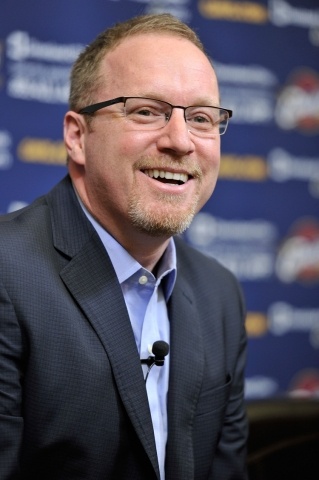 Despite all the talks and questions that surround the Cavs, David Griffin has managed to keep the group intact. While a few decisions are yet to be made, it is likely that they will be in favor of the Cavs. Keeping this group together is crucial as we have already seen what they are capable of when complete. The Cavs are expected to be even better next season as they will no longer face the early struggles they did last year in trying to build chemistry. Also, the recent addition of Mo Williams shouldn’t hinder the chemistry that the Cavs have developed as he was LeBron James’ former sidekick and a good locker room guy.

One of the bigger concerns throughout last season was bench depth, but the addition of Timofey Mozgov, J.R. Smith, and Iman Shumpert midway through last year resolved this issue. Things will be much different next season as the bench would be even deeper if J.R. Smith, Matthew Dellavedova, and Tristan Thompson re-sign as they will be teaming up with Anderson Varejao, Richard Jefferson and Mo Williams to complete Cleveland’s bench mob. This would be a huge plus as it would allow the Big Three to get more rest in the regular season.

Barring any injuries, things won’t get worse for Cleveland. LeBron James’ numbers against Warriors in the Finals was a clear demonstration of the load he carried. He became the only player to average 35 points, 13 rebounds, and eight assists in NBA Finals history, winning him the ESPY’s award for Best Finals Performance. While LeBron is capable of putting up such numbers consistently, it is not what will earn him another championship. Like all legends of basketball, he too needs help especially in the Finals where the stakes and the level of competition are the highest.

Moving into next season, the Cavs will definitely be a top three team, behind a bolstered bench, team chemistry, and hopefully, health.

With all the confidence and desperation, expect nothing less than a hungry and ready-to-do-anything group of players from training camp up until the end of the season, hopefully taking them closer to ending Cleveland’s title drought.