In May, Cavs Fans Have Something Other Than Draft Lottery To Look Forward To 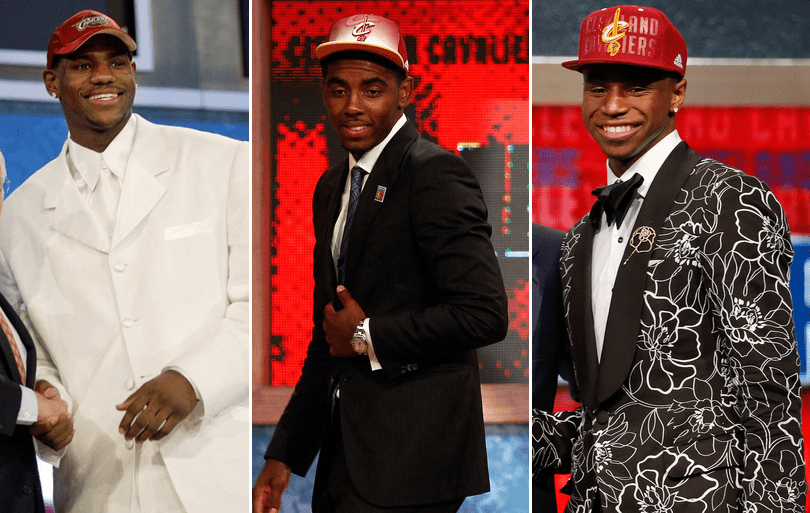 The NBA Draft lottery is among us once again and it is very refreshing for Cleveland Cavaliers fans to focus on an actual basketball instead of ping pong balls at this time of the year. Gone are the days when the talk of town in May is the draft lottery and the incoming class of rookies. We take a quick look back on how the draft lottery became a part of the Cavaliers’ rebuilding process.

From being very bad to becoming very lucky and ending up undeniably great, the Cleveland Cavaliers had a rebuild like no other. It seemed like the Cavaliers’ had two big bottles of nitrous oxide to speed up their rebuild, first one was used in 2011 when they got two selections within the top five while the second was in 2014 when they nabbed the first overall pick despite having only a 1.7% chance. 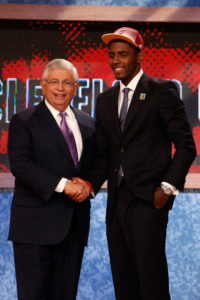 In 2011, the players considered for number one were Kyrie Irving and Derrick Williams – although the Williams talk looked more like a smoke screen. Those considered for number four were Jonas Valanciunas and Kawhi Leonard until surprising everyone with the Tristan Thompson pick. There were also talks about the Cavaliers and Pistons agreeing on a deal that would have allowed Cleveland to land Klay Thompson using Detroit’s pick until the deal broke off at the last minute.

In 2012, Cleveland and New Orleans both had the third worst record in the league, hence, the fates of these two franchises depended on the flip of a coin. Cleveland won the toss which gave them the third best odds and New Orleans had to contend with the fourth best chance of winning the lottery – which they did. The talk was that the Cavaliers had their eyes on Bradley Beal. Michael Kidd-Gilchrist was also a solid possibility if he managed to slip to the Cavs’ spot while Harrison Barnes was probably the loudest of them all until former Cavaliers GM Chris Grant pulled off another surprise move by selecting Dion Waiters despite not having conducted a work out for the team. Eventually, the Waiters-Cleveland partnership did not work out.

In 2013, Cleveland won the lottery again and they used their pick to surprise everyone by selecting Anthony Bennett over the likes of Ben McLemore, Nerlens Noel, Alex Len, Otto Porter, and Victor Oladipo. That turned out to be a historically tragic move which bumped Chris Grant closer to the door. In 2014, the Cavaliers shocked the NBA world when they had an unprecedented stroke of luck after being awarded with the first overall pick in a draft when the top three prospects were franchise caliber players in Andrew Wiggins, Jabari Parker, and Joel Embiid. Wiggins ended up a Cavalier but was eventually packaged in a deal for Kevin Love.

RELATED: Andrew Wiggins Would Still Be A Cavalier Had He Signed With LeBron James’ Agency

The Wiggins pick. The Kyrie Irving extension. The LeBron James homecoming. The Kevin Love trade. It’s amazing to think about how much the Cavaliers have grown in less than a year. All it took was four thunderous events and the landscape in Cleveland has been set for years to come. The season is nearing to an end and the Cavaliers are still in the hunt for that elusive title. Nick Gilbert escorted Lady Luck the first time she knocked on the Wine and Gold door and it’s only fitting that the Larry O’Brien trophy comes with a bowtie. Besides, what’s not to like? 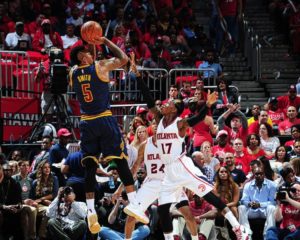