{adinserter 2} Famous impressionist Frank Caliendo has been known for his impeccable ability to impersonate just about anybody. When you listen to his impressions sometimes you don’t really know if it’s Caliendo or the actual person. Caliendo is not new to sports as he has done some pretty hilarious renditions of NFL announcer John Madden . Recently, Caliendo did a hilarious reading of LeBron James’ coming home letter in the iconic voice of Morgan Freeman. You won’t regret watching this pure comedy genius! 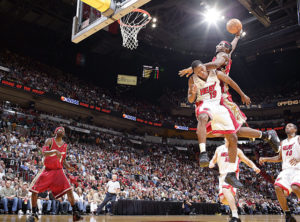