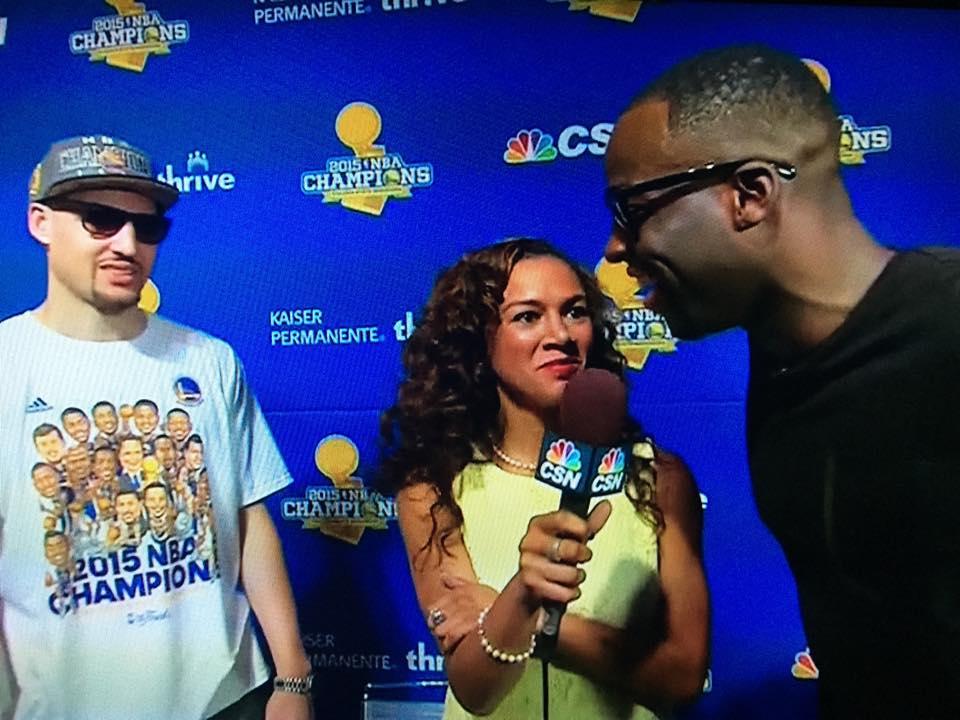 The Golden State Warriors defeated the Cleveland Cavaliers on Tuesday night to win their first NBA Championship in 40 years. The Bay Area celebrated and the Warriors players were beside themselves as the young crew was ready to get the party started.

The Warriors celebrated with their championship parade in Oakland, CA on Friday morning/afternoon. During the celebration, every Warriors player was interviewed and gave their input on this championship season. Of course, there’s celebrating, and then there’s being a little immature. As an NBA Champion and a member of a big brotherhood, Warriors forward Draymond Green showed his extreme immature on live television when he was interviewed by a Warriors’ sideline reporter.

Take a look for yourself and be the judge of it.

Even Warriors fans, when they get off of Cloud Nine, will admit this was a huge mistake and an issue of immaturity with Green.