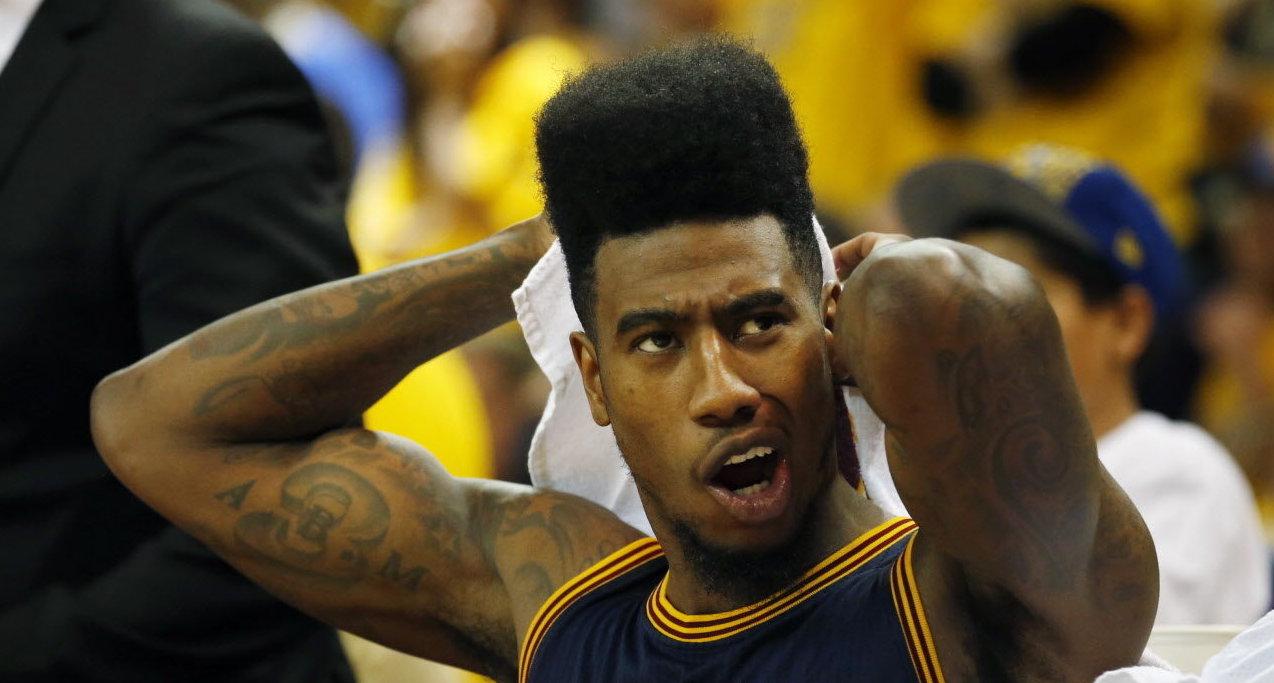 Iman Shumpert might change his team afterall. But this isn’t about the Cleveland Cavaliers or any other NBA franchise for that matter.

This involves Shumpert’s shoes as the defensive-minded guard could possibly change camps, from the 3-stripes to the swoosh. Speculations regarding this scenario came about when Shumpert posted a photo of himself, on Instagram, alongside Kyrie Irving wearing his teammates’ signature Nike’s.

After the workout we have to discuss the one on ones lmao. #post90 #defendtheironthrone #winteriscoming @justxfred

People were quick to point out the kicks that Shumpert was wearing in the photo, and Nick DePaula, an authority in the sneaker industry, added some insights to it all.

Iman Shumpert's shoe deal with adidas is expiring at the end of the month. They're expected to part ways — Shump has been training in Nike.

Cleveland is home to the biggest Nike’s biggest endorser in LeBron James, as well as a soon-to-be superstar in Irving, so it’s not surprising to see their teammate gravitate more towards their brand because of the impending end of Shumpert’s contract with Adidas.