In a recent sit-down interview with Pierce Simpson of Complex News, Iman Shumpert discussed the Cavaliers’ championship celebration while roasting a few of his teammates.

One of Simpson’s first questions touched on the team’s tendency to celebrate “shirtlessness.” When asked how it all started, Shumpert smiled, replying:

“I think it was just the vibe – everything. It’s like, nah, we won, it’s shirtless for the week, baby. And we turned up! We got a couple hours of sleep. We look outside the plane and there’s all these people. It’s like, I was gonna’ put this (shirt) on, but let’s go again!”

“(President) Obama is from Chicago. He called your coach and told J.R. Smith to put a shirt on. How did J.R. react to that?”

Shumpert replied with a grin, saying:

“I know J.R. is probably all smiles like me. It’s all love. Obama is a huge basketball fan.” 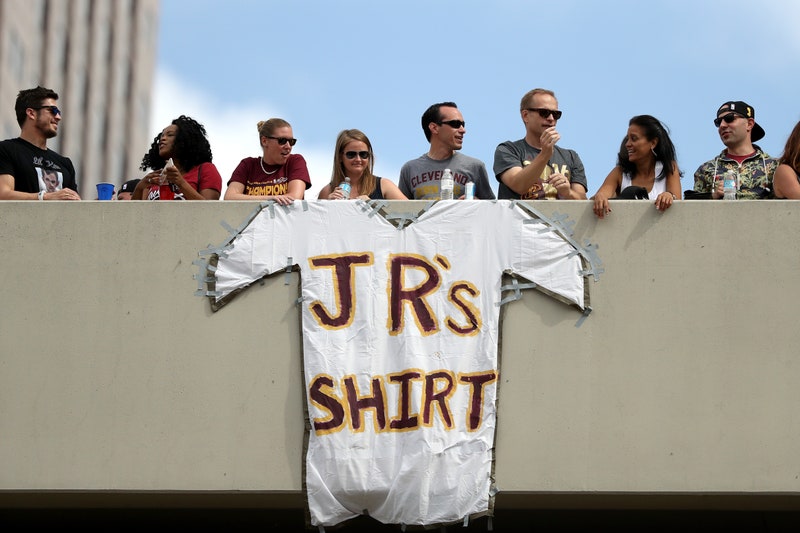 Simpson then asked Iman about the group photos that were taken throughout the season, saying, “Who initiates these?”

Shumpert quickly replied, “LeBron (James). He initiated it early on. I think after that, it was like whoever had the swaggiest outfit, they were going to be in that group pic.”

Simpson then turned the conversation to a particular green jacket that LeBron wore in a post-game press conference after falling behind three games to one in the 2016 NBA Finals.

“Let’s talk about this jacket”, Simpson said. “It’s cool, but you know Twitter had a lot of jokes about it.”

One Tweet read: “Why is LeBron wearing this pool table green jacket?”

“I aint gonna lie, when I looked at the pin on his jacket, it does look very, very Starbuckish.”

Simpson then pulled out a picture of LeBron in a seemingly casual outfit and asked Shumpert to go a bit further with the roasting. As Shumpert glanced at the photo, the reluctant dissing began.

Iman started by saying, “LeBron, I love you to death, but they asked me to do this.”

“Right off the bat, it has July 4th written all over it. It looks like he played for the old Nets. Bron’ looking like that was his favorite jersey of all-time. That’s ok because that’s my guy.”

As the conversation went on, Richard Jefferson became the next to be roasted. Simpson asked Shumpert to explain Jefferson’s Snapchat shenanigans and the creation of “Lil’ Kev”.

Simpson asked Iman, “How did that come about?” 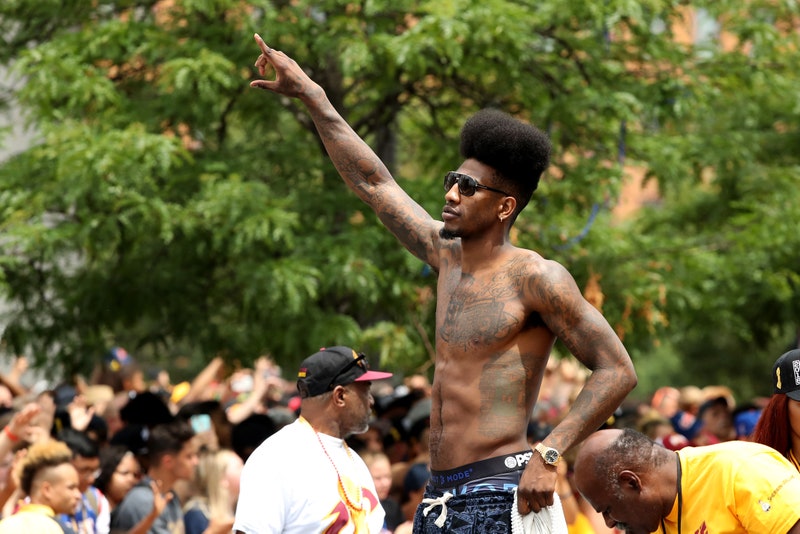 “LeBron had a magazine. There was a man on the front page. As soon as he saw it, he pointed out that the man looks like Kevin Love. We all laughed. We thought it was funny. Then we were all calling him Lil’ Kev. Then, R.J. takes it to another level. He makes the man an Instagram account and gets it verified. The next thing you know, there’s a box of shirts in the locker room that say “#LilKev” with his picture on the front.

Simpson then asked Shumpert to come up with one word to roast each of his following teammates:

Without hesitation, and looking directly into the camera, Shumpert replied, “The pipe”. 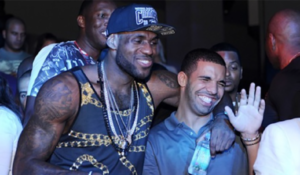