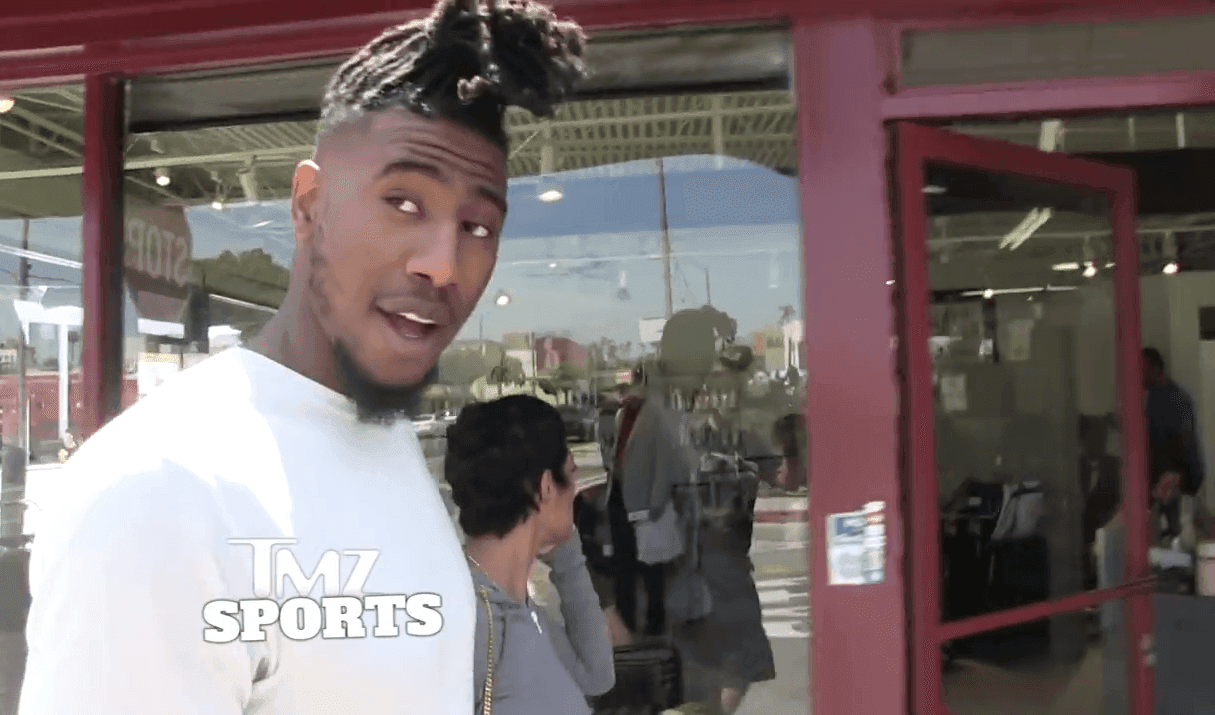 The NBA has seen some crazy hairdos from its players of late. From Chris ‘Birdman’ Andersen’s mohawk to Michael Beasley’s afro and dreadlocks do, players are getting wild with their hair.

Iman Shumpert has been known for his incredible defense, but he’s also known for one of the slickest flat-top hairdos in the NBA. After entering free agency, the Cavs quickly inked him to a four-year deal worth about $40 million. Immediately after, Shumpert was spotted in Los Angeles with his girlfriend spotting a…different do.

Well, different is putting it politely. This hairdo is just something out of the book of Dennis Rodman. Shumpert was caught by on camera with it, and explained the reasoning behind this insane hairdo.

Cavs fans around the world don’t care too much for Shump’s hair, as long as he helps deliver an NBA Championship to the city of Cleveland and the Cavaliers. Do you Iman, do you.