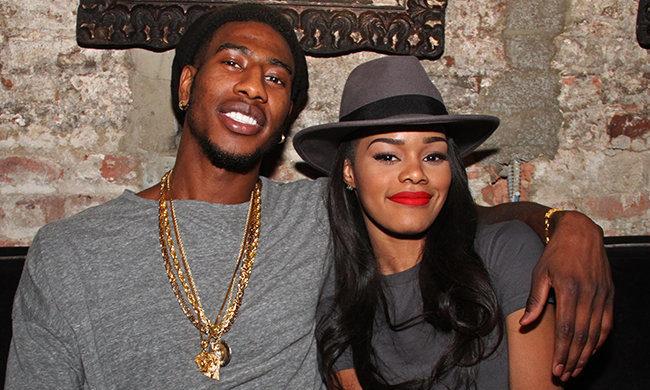 It looks like Iman Shumpert’s 2015 just keeps getting better. He started off by getting traded from the worst in the East to the best. Then he regained his health and came back ready to contribute. Once the season ended, Shump was awarded for his hard work and commitment with a 4-year, $40 million deal. Now, a new chapter of Shumpert’s life begins.

Iman Shumpert and girlfriend Teyana Taylor announced via Instagram the they are pregnant with a little girl. And they’ve already named her. Shump captioned the picture with this heartfelt message:

“When a man loves a woman how she was born to be loved…procreation is the best blessing you can receive! I couldn’t be more happy than to share my first child with the woman I intended to have my family with. Iman Tayla Shumpert Jr is expected to enter this world “1.16.16”. We want that world to be as pure as possible for her. We people, show the world what we feel the world should see when we want them to see it…something this beautiful had to be announced when we were ready for everyone to know…this is what happiness grows into! I love you @teyanataylor thank you for your sacrifice in starting our very own family! P.s. I know you see my daughter with her hand behind her head and her feet kicked up…