Imagine: A world where the Cavs never drafted Kyrie Irving or Tristan Thompson 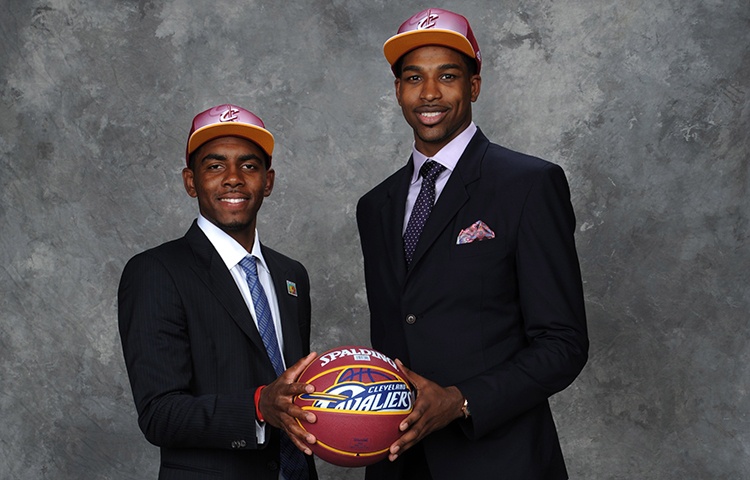 One of the worse feelings in the world is the feeling of regret. One who has made the wrong choice would have sleepless nights full of “what ifs” on his mind. What if I made a different choice? What if this is what I did instead?

It’s hard to argue that the Cleveland Cavaliers made the wrong choices since 2011 or a season after LeBron James left the team because, as we all know, their actions ultimately led to Cleveland’s first title in 52 years. However, one can’t help but imagine what the team would have been like now if the Cavs made different choices, not necessarily the correct ones, in the NBA draft since 2011.

Without considering any other factor like salaries, trades, or free agent signings, the Cavs could have constructed an all-star team if it picked differently in the NBA drafts.
In 2011, the Cavs had 4 picks – the 1st, the 4th, the 32nd, and the 54th pick. Six years later, we could say that the 2011 draft was loaded with stars. Without a doubt, the Cavs hit the bulls-eye with the 1st pick for who could not remember the game winning three made by Kyrie Irving in Game 7 of the 2016 NBA Finals? Let’s pretend, for the sake of fantasy, that instead of picking Irving and Tristan Thompson with the 1st and 4th pick, respectively, the Cavs picked Kawhi Leonard and Klay Thompson. Although he is injury prone, Chandler Parsons was still available when the Cavs picked 32nd and they could have picked him. For the 54th pick, who else would the Cavs have picked aside from Isaiah Thomas, who actually ended up as the 60th and last pick of the draft?

In the 2012 NBA Draft, the Cavs picked 4th, 24th, and 34th. Cavs fans right now actually despise Draymond Green, but what some do not know is that they could actually have been cheering for Green had he been picked by the Cavs with any of the 3 picks the Cavs had. If basketball fans would recall, Green was a steal with the 35th pick. As a matter of fact, Khris Middleton is also considered a steal when he was picked 39th. For the 4th pick, the Cavs could either have had Damian Lillard or Andre Drummond, but I’d probably go with Lillard.

Prior to the 2013 NBA draft, no one knew who was going to be picked 1st overall since there was really no player who stood out. A lot of Cavs fans would frown with the thought that the Cavs’ clearly blew the pick they had. These same fans would actually grimace in mental pain if they knew that the Cavs could actually have picked up Giannis Antetokounpo and Rudy Gobert with the 1st and 19th pick.

Just like everyone who deserves a second chance, the Cavs were essentially given the opportunity to make up for their blown 2013 NBA draft pick when they were awarded the 1st overall pick again in 2014. This time the Cavs did not disappoint when they picked up Andrew Wiggins. Since this article is all about making a different choice, then let’s imagine that the Cavs chose Joel Embiid with the 1st overall pick. While he has been injured during his first 2 seasons, he actually proved in the 2016-2017 NBA season that he was worth the wait. Aside from the 1st pick, the Cavs also had the 33rd pick and do you know who was available then? Nikola Jokic, who is proving to be a stud.

With the aforementioned picks, the Cavs would actually boast a devastating line-up consisting of:

Would that line-up win an NBA championship? Who knows. 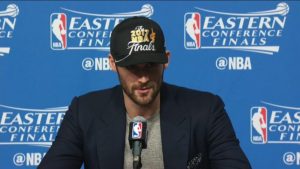