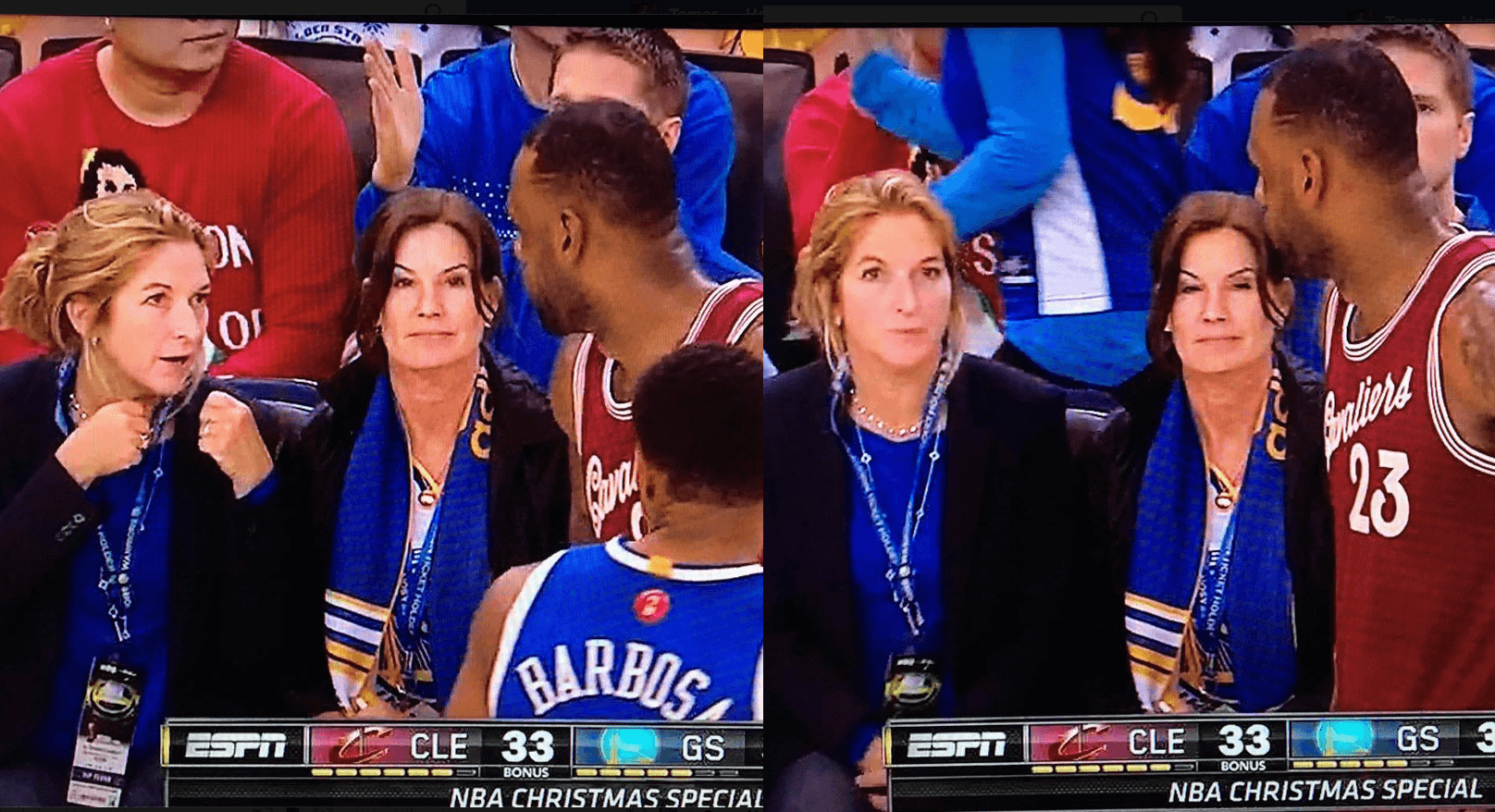 Yesterday afternoon, during the Cavs-Warriors game, the camera focused on LeBron James while the Warriors prepared to shoot a free throw. The camera catches a lady sitting courtside mocking James by making a crybaby motion. Unfortunately for her, James catches her as well and stares her down. The camera moves back to the game before we can see his reaction though.

The lady’s identity went relatively quiet for a time, butthanks to Daily Mail, we now know the identity of the lady who made the infamous crybaby gesture at LeBron right in front of his face.

Alicia Goetz, the wife of Sequoia Capital partner Jim Goetz, was seen making the crybaby motion with her hands as the millionaire basketball player was attempting to sell a foul during the first half of the game in Oakland’s Oracle Arena.

Goetz’s husband, Jim Goetz, is a partner at Sequoia Capital and is worth hundreds of millions of dollars, with estimates as high as $800million, according to ISFeed.

Sequoia Capital is a multi-billion-dollar venture firm and was responsible for Facebook acquiring WhatsApp in a $19billion deal and many other hefty tech deals.

The Warriors ended up winning the game 89-83, but the Cavs shot an abysmal 31.6% from the floor and missed four free throws in the final 1:32 of the game, essentially taking themselves out of the game. People like her and and this unbelievably rude fan are why a lot of fans don’t respect Warriors ‘fans.’ 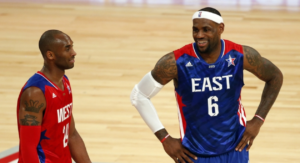