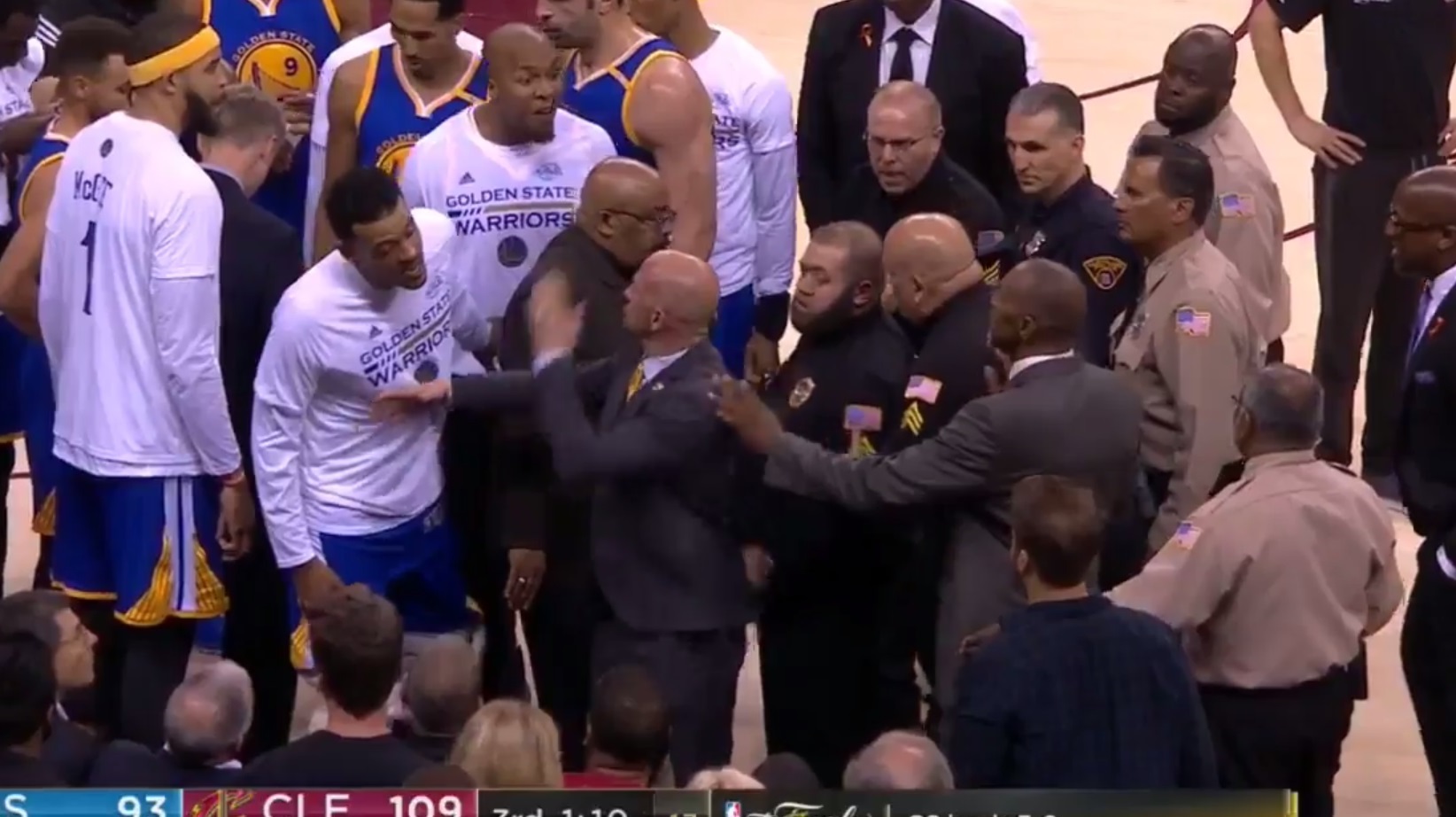 The NBA Finals saw the most physical game in Game 4 when the Cleveland Cavaliers and Golden State Warriors combined for 51 personal fouls, seven technical fouls, and one flagrant foul. There were multiple heated exchanges between the players and one of them even included a courtside fan near the Warriors bench.

During a referee review at the scorer’s table, a fan sitting alongside LeBron James‘ business partner, Maverick Carter, and agent, Rich Paul, got into a heated exchange with the Warriors bench, and with forwards Matt Barnes and David West in particular. That fan was ejected from his seat and was unable to watch his team blow the Dubs out in person.

Zaza punches Shumpert in the MAN JUNK! (Oh and a fan gets ejected) #NBAFinals pic.twitter.com/H6nVKISXMf

After the game, West explained what happened in the scrum, via ESPN:

“That s— was just too close,” Warriors forward David West said after the game. “I thought he was jaw-jacking with Zaza [Pachulia], and it was fake, man. That little m—–f—– ain’t [gonna] do nothing in real life. So I just told him to shut up and sit down, because he was talking too crazy. And it was a highly tense moment, but we ain’t going to let nobody talk crazy to us.”

So who is the fan? According to Dave McMenamin of ESPN, Todd Leebow is a friend of James’ agent Paul. Todd is the son of wealthy Cleveland businessman Dennis Leebow, who was reportedly also ejected in an Eastern Conference Finals game back in 2016.

Matt Barnes just got into it with Todd Leebow, a friend of Rich Paul (LeBron attended his wedding) and Leebow was removed by security

Not much is known about what was said in the exchange before Leebow was ejected, but if the Cavs pull off the Game 5 win on the road, you can fully expect him to be back in his courtside seat cheering on his Cavs. 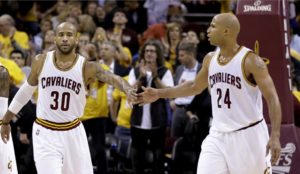