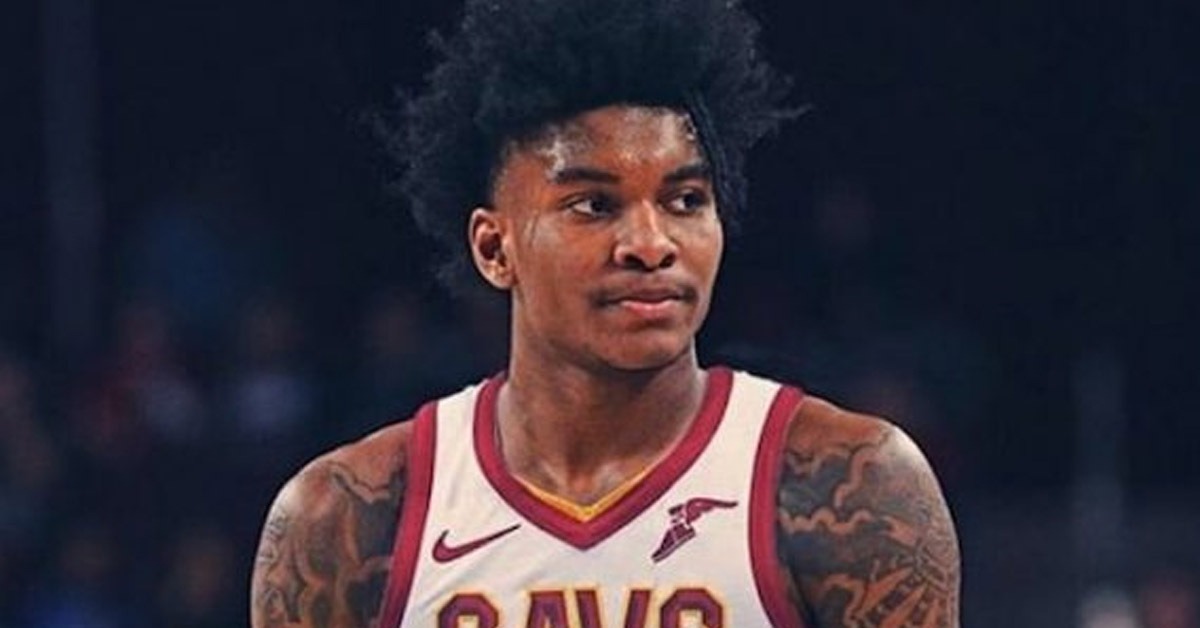 In their Sunday night game with the Minnesota Timberwolves, the Cleveland Cavaliers fell 118-103 after mounting a furious comeback that included a 30-4 scoring run. But the biggest moment of the game came in the third quarter, when rookie guard Kevin Porter Jr. went down with what appeared to be a serious knee injury.

Porter Jr. remained on the floor for several minutes, and was helped to the locker room by head trainer Steve Spiro, along with (now former) teammate Tyler Cook. It seems as if the team dodged a bullet, however, as after an MRI on Monday, Porter Jr. was diagnosed with a knee sprain and will be re-evaluated in two weeks.

Thankfully, there is no serious structural damage to Porter Jr.’s knee, but the Cavs will still miss him while he’s on the mend.

The rookie has been a bright spot for the Cavaliers this season, averaging 8.5 points, 3.3 rebounds, and 1.9 assists in 21.8 minutes off the bench. Porter Jr. is still incredibly raw, but he’s shown the flashes of brilliance that led Cleveland to give up a significant amount of capital to draft him.

With the trade of Jordan Clarkson, Kevin Porter Jr. was beginning to shoulder even more of the scoring responsibility of the second unit, scoring nine or more points in five consecutive outings. He was given the start against Minnesota due to Kevin Love sitting out, but his night was cut short due to injury.

Receiving a pass from John Henson at the three-point line, Porter Jr. proceeded to run around Henson’s screen. The Timberwolves’ Robert Covington also went around the screen, and Porter Jr. stepped on Covington’s foot, causing his ankle to turn awkwardly and his left knee to buckle, putting him in visible pain.

The injury is very unfortunate for Kevin Porter Jr., who needs as much playing time as he can get. That said, as bad as his injury looked in real time, he and the team should be thrilled it ended up being only a sprain. The focus now shifts to how the Cavs can attempt to replace Porter Jr.s production until he returns, which will almost certainly be longer than two weeks from now.

The situation grew even more interesting on Monday afternoon, as the Cavaliers waived Tyler Cook and Alfonzo McKinnie, leaving them with one healthy wing in Cedi Osman, two if you count Dante Exum. Porter Jr. is a shooting guard, but has seen some time at small forward, given Cleveland’s lack of depth there. The Cavs now have two roster spots open, in addition to a two-way slot. Perhaps a trade is imminent, but until one is made, there is no use in speculating about lineup changes with possible new additions.

For now, Dante Exum and Brandon Knight will have to step up. Exum is coming off the best game of his career, and has played very well in his six games in Cleveland so far. His length and defense were always going to be welcome additions, but his offensive impact was not expected to be as big as it has been. He’s shooting 63% from the field and 58% from beyond the arc. It’s incredibly unlikely that he’ll be able to keep those numbers where they are, but he’ll be a major part of the rotation nonetheless.

Knight will probably be traded prior to the February deadline, so the timing of Porter Jr.’s injury is “good”. Knight’s minutes have been sporadic, as he’ll go multiple games without seeing the floor. His 23 minutes against Minnesota are the most he’s played this season. With the team’s backcourt depth being tested, he’ll likely start to see a regular role for the next few weeks, especially if Exum gets time at SF.

Starters Collin Sexton and Darius Garland will need to play better in Porter Jr’s absence as well. Head coachc John Beilein has begun to stagger the two’s minutes, as they aren’t playing well with each other. Some of their skillsets are redundant, and it doesn’t do the team any good to have them both on the floor at the same time, just ask Kevin Love. Garland and Kevin Porter Jr. make a good duo when they share the floor, but that obviously can’t happen now.

What should happen is when Garland or Sexton is playing PG, their SG needs to be either Knight or Exum. Preferably, Exum should be starting next to Garland, with Sexton leading the second unit, a role he’s better suited for anyway.

If Knight is traded before Porter Jr. returns, and the Cavs don’t get another guard in return, who knows what the lineup will look like. But if a Knight trade looks like the Alec Burks deal from last season (in which the Cavs acquired Knight), Knight’s role would just go to the new guard, at least to start.

The injury to Kevin Porter Jr. certainly isn’t good for the Cavaliers, but things could have been a lot worse. The team has a steep hill to climb in replacing him, and when he does eventually return, the roster could look quite a bit different than it does right now.