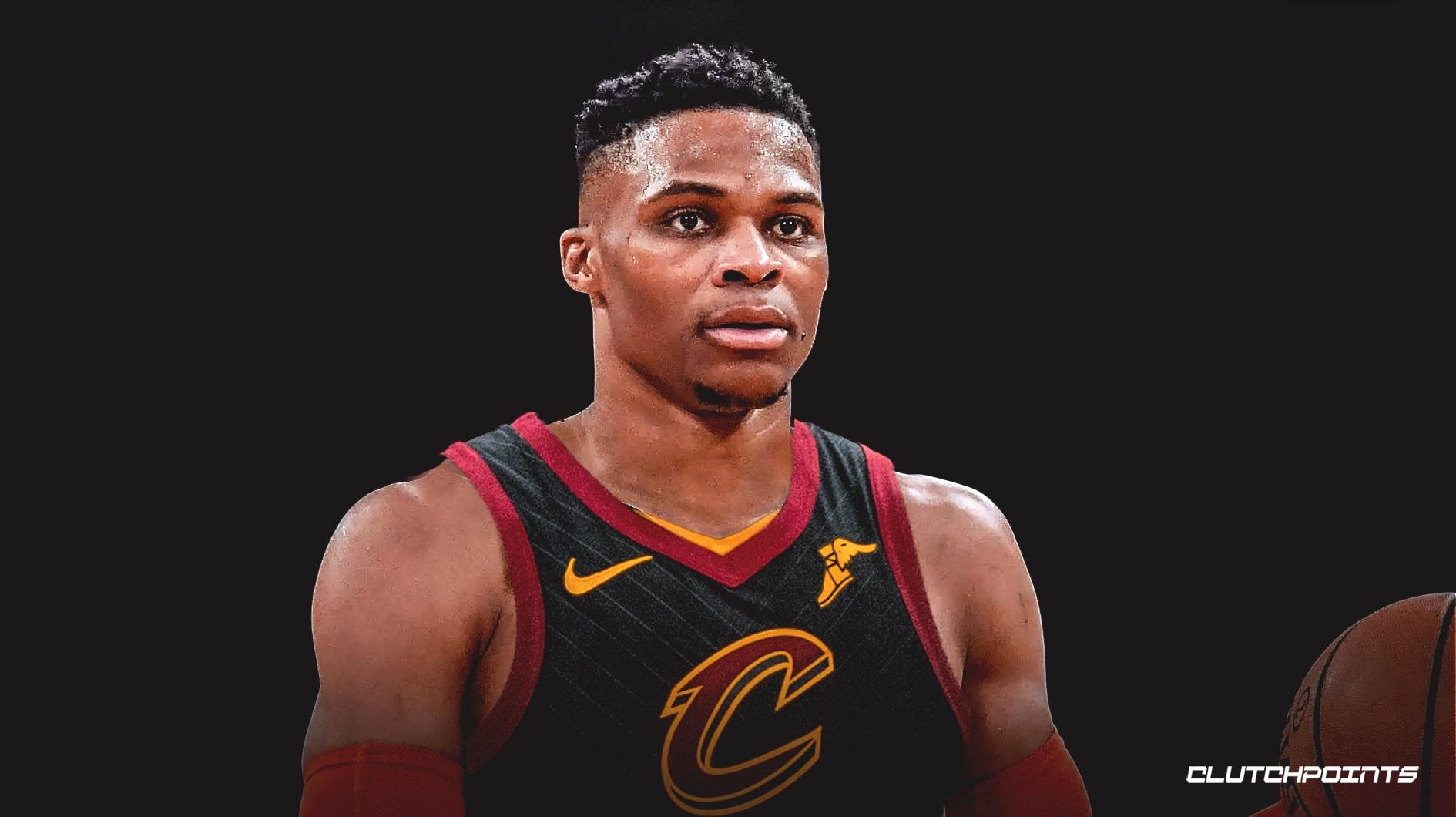 The Oklahoma City Thunder surprisingly traded star forward Paul George to the Los Angeles Clippers, leaving Russell Westbrook all alone once again. OKC is reportedly entertaiing the idea of trading Westbrook and committing to a full rebuild, and while the Cavs are much more likely to be involved in a Westbrook deal as a facilitator, Cleveland could make a huge splash and acquire the triple-double machine in order to return to the playoffs sooner rather than later.

Westbrook to the Cavaliers would be possible only if three things are true. 1. Owner Dan Gilbert makes an executive decision to bypass the plan of a multi-year rebuild to return to relevance immediately. As of now, the Cavs are committed to building through the draft, but Gilbert is known to have a quick trigger finger, and it would be surprising if he did not at least entertain the idea of trading for Westbrook Whether or not Koby Altman and company could dissuade him from deviating from the planned course is a different question altogether.

2. Russell Westbrook would need to be willing to leave Oklahoma City and join the Cavs. Westbrook doesn’t have a no-trade clause in his contract, but he has been the definition of loyal to the Thunder, and has a great relationship with the team and the city. It would not be a good look for general manager Sam Presti to deal Westbrook without agreeing with the superstar first.

3. The Thunder would need to be willing to move on from Westbrook and endure a long and painful rebuild. This does appear to be the case, as the current rumor is Westbrook may be headed to the Miami Heat. Much like Cleveland, Oklahoma City is not a premier free agency destination, so building through the draft is a necessity.

With those prerequisites, there is a path to bringing Westbrook to Cleveland. If the Thunder are going to be rebuilding, it doesn’t make much sense for them to roster high-priced players and keep an expensive payroll. Recently acquired Danilo Gallinari is the only one of OKC’s three highest-paid players whose contract ends after this season. Prior to last season, Westbrook signed a ridiculous five-year $207 million contract, which his new team will need to take on. That’s a significant financial commitment, but just giving the Thunder relief from Westbrook’s deal won’t be enough to pry him away.

Center Steven Adams has two years and over $50 million remaining on his contract. Adams is a solid player, but is not worth nearly that much. Point guard Dennis Schroder is owed $31 million over the next two seasons. He is also a decent player, but probably makes too much. Schroder also reportedly has an attitude issue, so it makes sense that OKC wouldn’t want him around impressionable young players. The Cavs would need to take on these two contracts in addition to Westbrook, and what they can offer in return should be very intriguing to the Thunder.

Cleveland has a total of six expiring contracts on their roster, and can give Oklahoma City significant cap relief, totaling nearly $260 million through 2022-2023. Sending Tristan Thompson, J.R. Smith, Brandon Knight, Jordan Clarkson, and John Henson to OKC works salary-wise. All five would leave after the season, getting $74 million off the books for the Thunder next offseason. But that still won’t be enough.

Adding Collin Sexton to the deal makes a lot of sense. Westbrook would of course start for Cleveland at point guard, and while Sexton will likely start at shooting guard next to Darius Garland this season, Garland is the better talent, and should be untouchable in a Westbrook deal. Sexton still has plenty of potential, and could fit nicely with Shai Gilgeous-Alexander for the Thunder. The Cavs would also send their first-round selection in 2022 along with Milwaukee’s 2022 first to OKC, and the deal would be complete. The final details are as follows.

The Thunder add to their treasure trove of future assets while adding a good young player in Sexton and relieving themselves of three large contracts. Rebuilding the year after being the sixth seed may not be ideal, but it’s hard to imagine a better way to kick off a rebuild than this. There’s obviously no guarantee that those future firsts turn out to be good players, but OKC fans should feel good about their chances with Presti at the helm.

The Cavs, who finished with the second-worst record in basketball last season, now look like a legitimate Eastern Conference playoffs contender. Their starting lineup is strong:

And their bench is surprisingly decent, although young and unproven:

And since the team will be making a playoff push, using the taxpayers exception on one or two rotational players is likely. This team, assuming John Beilein can get everyone playing well together, could compete for a top-five seed. Cleveland’s backcourt defense would be weak, since Garland would be defending SGs at 6’2″ 170lbs, but the offensive potential of this team would be stellar. Westbrook would also be reunited with his college teammate in Love.

Unless Garland and Porter Jr. develop quickly, and Love returns to his prime form, the Cavs probably wouldn’t be an NBA Finals contender, but as long as Westbrook and Love were together, Cleveland would be a perennial playoff team, at the likely expense of long-term success. Love and Westbrook will both turn 31 years old during the season, so they are nearing the ends of their respective primes. Still, for as long as the pairing lasts, the Cavaliers would be one of the most watchable teams in the entire league.

It may not be the smart thing to do, but the Cavs can make a very compelling offer for Russell Westbrook and immediately put themselves back into the playoff picture.