Pelicans star Anthony Davis has officially informed New Orleans that he will not re-sign with the team once he opts out of his contract following the 2019-2020 season. The Cleveland Cavaliers will reportedly call the Pelicans to talk about a deal, but Davis won’t be coming to Cleveland.

The Cavaliers could offer New Orleans their first-round draft picks both this season and next, along with the Pelicans’ choice of any players currently on the Cavs’ roster, and it still wouldn’t be enough to land a player of Davis’s caliber.

Rumors state that Davis will eventually play for the Los Angeles Lakers, whether he is traded there before next week’s deadline, or signs there in the 2020 offseason. If Cleveland is involved in getting in getting Davis to Hollywood, it will be as a facilitating third team, gaining future assets. While any additions aren’t likely to be franchise-altering, there is one player who who the Cavs should jump at the chance to get.

According to Shams Charania, the Lakers’ Lonzo Ball would need to be included in a trade package for Davis, but does not wish to play in New Orleans.

Jrue Holiday is likely the “established point guard” that Ball’s camp was referencing, although Holiday is more of a shooting guard. Either way, if the Lakers want to land Davis, they’ll need to find a third team to take Ball. That’s where the Cavs come in. But is a Davis trade even likely?

The Pelicans know that they hold leverage until next season, after which Davis will opt out and become a free agent. The Pelicans will not trade Davis before this year’s deadline unless they are blown away by an offer; this is because the Boston Celtics will be able to enter the bidding war in the offseason, and have more assets to give up than any other team. However, the only way they will get involved in discussions is if they believe they can re-sign Davis.

Lakers will push hard for a deal prior to the trade deadline, and Pelicans officials know this: L.A.'s best offer on February 7 will still be available to New Orleans months later — when Boston can be in the bidding. https://t.co/8NUUp5i2VX

On paper, it makes more sense for the Lakers to wait until Davis is a free agent and then sign him. However, by the time he is available, LA’s young core will be up for new contracts, and because of the salary cap, the Lakers can’t afford everyone. There is also the chance that Davis gets traded somewhere else and re-signs with his new team, eliminating any chance of Los Angeles pairing him with LeBron James. This is exactly what happened with Paul George, and perhaps Magic Johnson is worried about missing out on another star.

Perhaps the most important reason for the Lakers to make a trade now is to set themselves up for free agency this summer. Even with AD and LeBron, it’s very unlikely that LA is able to defeat the Golden State Warriors. They need another star, and their roster is constructed to make that possible.

With plenty of money coming off the books after the season, Los Angeles will have cap space for a max or near-max contract, and reports are that if Davis is on the team, both Kyrie Irving and Klay Thompson would seriously consider joining the Lakers. Maybe that still happens without Davis, but with LeBron James turning 35 this year, can the Lakers afford to wait?

If the Lakers are prepared to make a godfather offer, the Cavs would do well to get involved. A possible deal could look something like this:

That’s quite a lot for the Lakers to give up, but if it gets them Davis and Irving or Thompson, it is definitely worth doing. The Pelicans all of a sudden have an excellent young core along with nearly $20 million in expiring salary. The Cavs gain Ball and take on Solomon Hill’s bad contract, which would be flipped at next year’s trade deadline.

Cleveland would essentially be trading Burks and Hood for Ball and Hill. That’s a pretty good deal, even if the Cavaliers have to send a protected pick or two to LA or New Orleans to sweeten the pot a bit.

Ball’s fit with the Cavs is simple. He is a 21-year-old point guard with excellent passing skills and great defense, two things Collin Sexton does not have. Through 47 games this season, Ball is averaging 9.9 points, 5.4 assists, 5.3 rebounds, and 1.5 steals on 41% shooting, 33% from beyond the arc. He is under contract through the 2021-2022 season, during which he will be restricted free agent.

Ball would replace Collin Sexton in the starting lineup, but that isn’t necessarily a bad thing. Ball’s play style would be more conducive to playing with a wing (Zion Williamson or R.J. Barrett ideally) and Sexton may be better suited to coming off the bench, replacing Jordan Clarkson’s production when he is traded next season.

Trading for Ball makes perfect sense on the court, but two questions must be answered before the Cavs commit to a deal. The first is would Ball be happy playing in Cleveland long-term? He would most likely have a larger role with the Cavaliers than the Pelicans, but he and his family wanted to be in Los Angeles, and openly campaigned for first the Celtics and later the 76ers to pass on Ball so that the Lakers could draft him second overall.

Speaking of his family, the second question the Cavs have to ask themselves is are they comfortable dealing with Lavar Ball and the circus around him? Ball has been quiet recently, but there is always the chance of him running his mouth and drawing media attention where there doesn’t need to be any. Dan Gilbert is a very strong-headed owner and he and Ball would certainly clash.

Adding Lonzo Ball at a discount is certainly possible, but even if Cleveland can’t land Ball, or Anthony Davis is sent to a team other than the Lakers, the Cavaliers should do everything they can to be the third team in a Davis trade, as they need assets from wherever they can possibly get them. 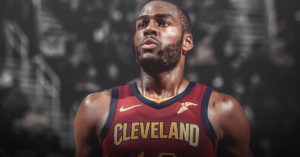