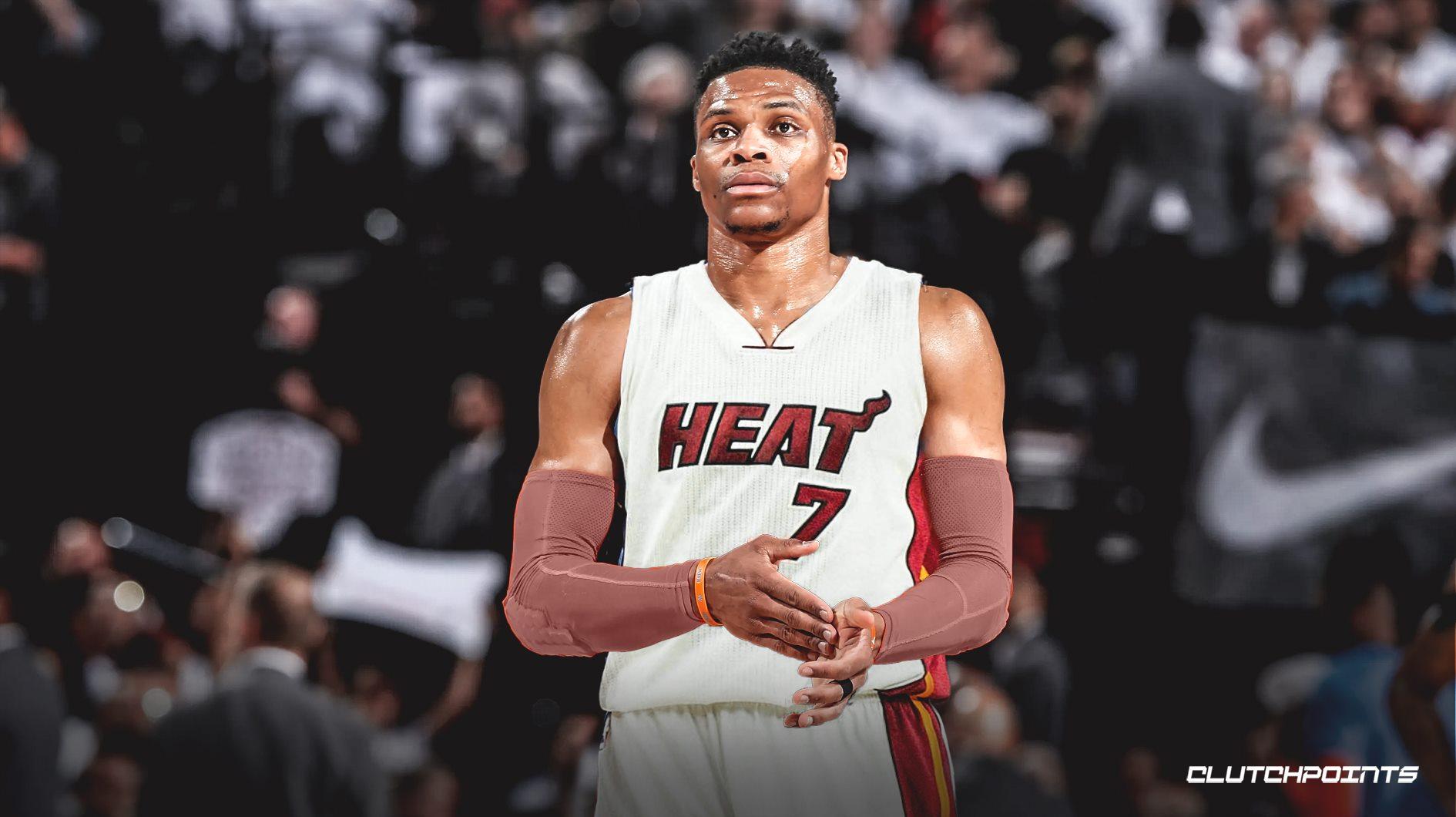 As soon as Paul George was traded to the Los Angeles Clippers, Russell Westbrook has a future with the Oklahoma City Thunder that became unclear. Both Westbrook and the OKC front office are reportedly open to a trade, with the Miami Heat appearing to the most likely suitor.

Both teams will want to ensure they are able to get under the luxury tax apron, but they can’t do that without a third team. The Cleveland Cavaliers are essentially the only team in the entire league that is able to provide cap relief, as a result of J.R. Smith’s partially guaranteed contract. It will be a complicated deal with many moving parts, but here is how the Cavs can be involved in a Russell Westbrook trade.

Let’s first take a look at the Thunder and Heat’s salary cap situations.

Because the Heat acquired Jimmy Butler through a sign-and-trade, they are not able to exceed the luxury tax apron of $139.928 million. If they sign 13th overall pick Tyler Herro to the standard rookie wage, the team will be less than $1 million from reaching the apron, severely limiting their flexibility. If Miami could somehow shed around $8 million in salary, they could position themselves under the luxury tax threshold. However, since the Thunder also want to cut salary, this will be impossible for the Heat to do alone.

Oklahoma City is now $2.25 million over the threshold after trading Jerami Grant to the Denver Nuggets. This means that the Thunder do need to shed some salary, but not much, in order to avoid being a tax team and subject to the devastating repeater tax. If Westbrook is going to find a new team, a ton of money will be on the move, and these two teams alone can’t handle it all.

This is where Cleveland enters the picture. The Cavs are still a tax team, as well as subject to the repeater tax. This isn’t ideal for a rebuilding team, but owner Dan Gilbert is reportedly willing to open his wallet to the extra cost if it means the Cavaliers can gain assets from the added expense.

If Cleveland wanted to just waive J.R. Smith themselves, they could do that and get underneath the luxury apron. But that still wouldn’t be quite enough to get underneath the threshold. The team will almost certainly be paying the tax anyway, so why not get some assets out of it?

OKC must cut around $3 million in salary, and they will want to acquire as many expiring contracts as they can, so their payroll isn’t at a championship level while they are a lottery team. The Heat have to add Westbrook and his enormous contract while shedding around $8 million. This is tricky, but possible. With the Cavs’ help, it can be done. For a small fee, of course.

The biggest issue in a Russell Westbrook trade is determining what his value is. Yes, he’s one of the best players in the league. He is a walking triple-double, and he’s shown he can play with another star. But he’s also going to be 31 this season, and will turn 34 during the final year of his deal. And oh by the way, he’ll be making over $47 million in 2022-2023. His age and contract probably negates a lot of his value as a player, which makes a possible trade return difficult to project.

If the Thunder are content with just getting off of Westbrook’s massive deal and and no young prospects need to be involved in the three-team trade, it can be done in much simpler manner.

In this scenario, both Miami and Oklahoma City accomplish their goals. The Heat add Westbrook while getting under the luxury tax and without giving up any of their young core, and the Thunder get out from under Westbrook’s albatross deal while freeing up significant cap space next offseason.

Of course, the Cavaliers aren’t helping out just because they’re nice. Henson and Smith especially are assets that could have been easily flipped to other teams, and both Waiters and Johnson carry significant cap hits this season. They will need something in return to help their rebuild. It’s unlikely that the Cavs would be able to get Justise Winslow or Bam Adebayo, but a future first-round draft pick would do just fine.

Miami no longer owns their selections in 2021 or 2023, so due to the Stepien rule, the first year they can trade their pick is 2025. Now, it just so happens that both Westbrook and Butler’s contracts expire before that pick would convey, meaning that the Heat could be very bad in 2025 or 2026. It’s a long way from now, but that selection could be a major asset.

Cleveland would do well to accept it, as they haven’t been able to find a suitable deal for Smith to this point, they have four other expiring contracts to trade by the February deadline, and both Waiters and Johnson can be flipped during the 2020-2021 season for even more assets. It’s a trade made with the distant future in mind, but that’s perfectly fine.

If Russell Westbrook is indeed traded to Miami, it should not be surprising if the Cavs are involved, and if they are, it will be worth taking on even more salary to add to the team’s vault of future assets.