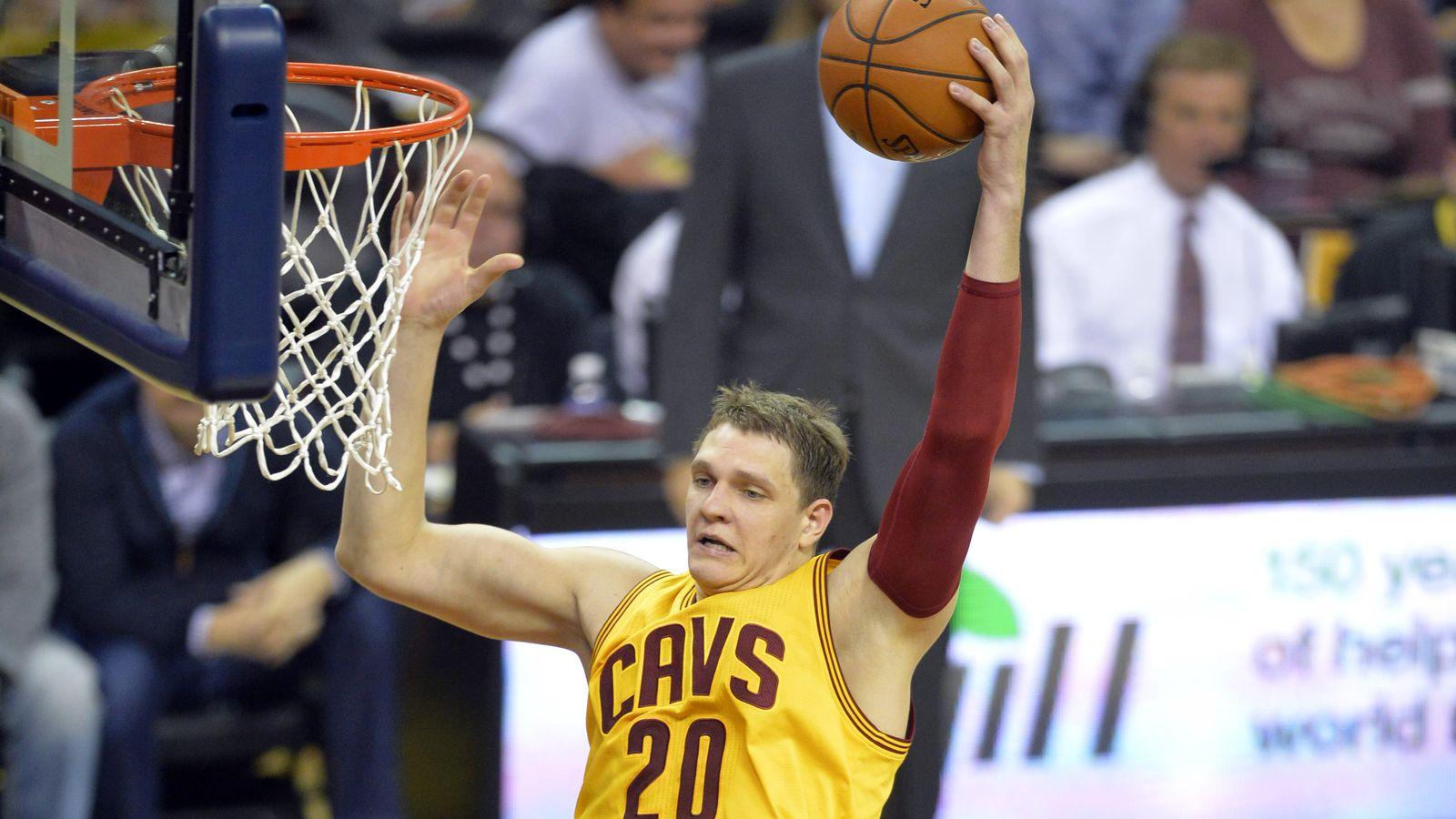 The Tristan Thompson contract saga is finally over, and he is officially a Cavalier for the next five years. His signing was long overdue, and ultimately came at about the same cost as the team’s initial offer several months prior. The front court depth of the Cleveland Cavaliers is certainly a strength, with the signings of Thompson, Kevin Love and Timofey Mozgov, and with the return of Anderson Varejao from injury. Of the big guys in that rotation, Mozgov is the only one with one year left in his deal.

The Cavaliers exercised their $4.95 million team option this offseason to retain the services of the seven-foot Russian. Compared to the rest of the Cavs’ spending spree, this contract was a no-brainer. It is difficult to determine with any certainty what the market would be for the big man, but it is fair to say that he will get a lot more money next summer. The front office in Cleveland did a good job of locking him up early in the offseason, before any of the drama with Thompson really unfolded.

So what does this all mean for the long term future of our best rim protector? It’s difficult to say, but several factors will play a role in how the next offseason is handled from both the team’s and Mozgov’s standpoint.

First, and always first, is his health. After undergoing offseason knee surgery, Mozgov has spent the past few months getting back to normal strength and conditioning. The procedure was deemed a minor one, but the fans in Cleveland will reminded of an injury plagued big man named Zydrunas Ilgauskas who is similarly sized and, at that time in his career, played a similar brand of basketball.

Hopefully, Mozgov can return to full strength as the season progresses, and not show any signs of his knee issues being a recurring problem. Either way, this is something that the Cavs will keep an eye on and consider next season when he becomes an unrestricted free agent.

How Mozgov ultimately fits into the scheme on offense and defense will play a major part in the decision to either resign him or not. He is clearly the best rim protector that the Cavs have in the rotation, but in last year’s playoffs, he barely played late in games because of his inability to match up with small-ball line ups. It also seems like the popular option would be to play Tristan Thompson alongside Kevin Love late in games because of the rebounding potential and better pick-and-roll game.

This does not mean that there is no place for Mozgov. He is certainly the team’s answer to Eastern Conference big guys like Marcin Gortat and Hassan Whiteside. How this season, and the playoffs in particular, play out will determine how he fits into the game plan for the Cavs.

The salary cap increase next summer will once again test the wallet of Dan Gilbert. This will also affect the negotiations that Mozgov has with the Cavs and other NBA teams. Gilbert has said recently that his budget for players’ salaries is unlimited, but how Mozgov plays and what the market determines he is worth will have something to say about that. Hopefully he can be resigned at a long term rate that is both fair and affordable.

It is early in the season, and way too soon to judge his value as a player, but the big man could make himself a lot of money by playing well this summer.

Perhaps the Tristan Thompson holdout has shown him that it is worth turning down an extension, and trying to outplay the offer you had been given. If Timofey Mozgov has the type of season that warrants a bigger, long term deal, then the Cavs have a very good problem on their hands in deciding how to handle it.