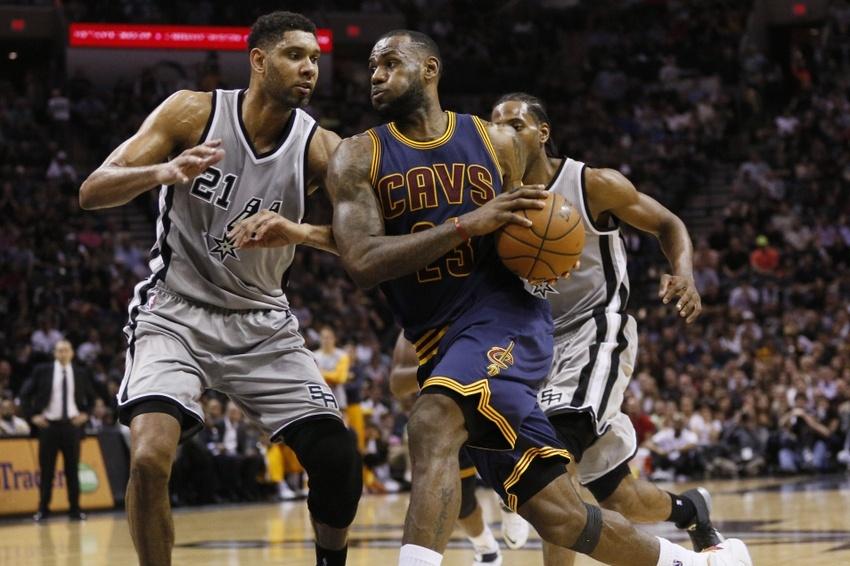 LeBron James faces another season next season where the expectations are sky high. Championship or bust.
With those expectations, and Kyrie Irving still facing some time on the sidelines, LeBron will take on the majority of the load again. Kevin Love back healthy is a major helper, the newly cashed up Shumpert and Smith and the addition of Mo Williams will be huge for Cleveland.

However, James will still have to the bulk of the scoring, which means we’ll see new milestones for him all season long. At the start of the season, LeBron stood at #25 on the NBA’s all-time scoring list with 24,913 points and only 5 active players ahead of him. How many rungs on that ladder can he climb this season?

James entered the season just 28 points behind Artis Gilmore at the #24 spot, and the rest of the season could see LeBron climb multiple spots, let’s do some math and figure out just how many that could be.

Through four games, James has already surpassed Gilmore and has eclipsed the 25,000 point mark. He finished last night’s game in Philadelphia at 25,001, actually, after throwing down three monstrous dunks in the fourth quarter.

James was at his best last season after taking an extended break in street clothes for ‘rest’. When he returned, he came back bigger, badder, and stronger than ever. Let’s say the Cavs give him some rest this season, allow for some nagging injuries and say he plays 70 games. James put up just over 25 points a night last season, if he was to put up 25 a night in, say, 70 games that would add a further 1750 points to his 24913 total from the start of the season.

The active players ahead of James include Paul Pierce (#19, 25,927 points), Kevin Garnett (#18, 25,957 points), Tim Duncan (#17, 26,020 points), Dirk Nowitzki (9) and Kobe Bryant (3). If Pierce, KG and Duncan were to not score this season, with the math of 25 PPG in 70 games, James would finish the season at 15th on the list. However, there’s no way that could happen, but James could very easily surpass Kevin Garnett and Paul Pierce, who aren’t likely at all to play heavy minutes with their new teams. Tim Duncan will need just under 600 points to stay ahead of James by the 25 point per game average. Despite LaMarcus Aldridge moving into town, Duncan will likely keep his spot.

So after that breakdown, the realistic landing spot for LeBron this season will be around the 17-19 mark. Not bad for a guy with another solid 5-8 years left of a career.

Come seasons end, LeBron should have left these all-time greats in the rear view mirror:

That’s not a bad list of guys to look back on at the end of the season and know you’ve accomplished just a touch more than they could.