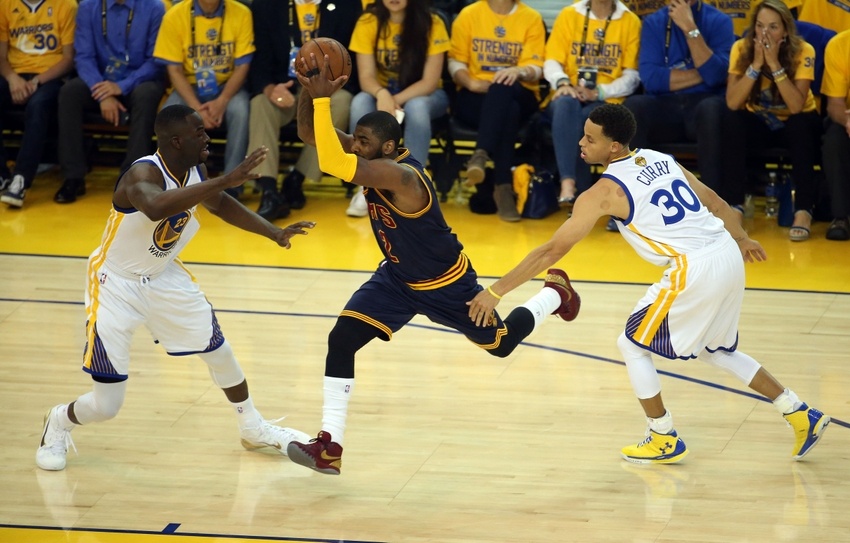 Kyrie Irving already has two games under his belt since fracturing his kneecap in Game 1 of the NBA Finals against the Golden State Warriors. Irving completes the vaunted Big Three of the Cleveland Cavaliers and winning streaks are sure to be in store for the team. With Irving back in the starting lineup, this makes the Cavaliers extremely deep and versatile.

RELATED: Kyrie Irving Will Continue To See Limited Minutes For The Cavaliers

The team now has three viable options at the point guard position in Irving, Mo Williams, and Matthew Dellavedova. They also have Iman Shumpert and J.R. Smith at the shooting guard position. They can even run Mo Williams and Kyrie Irving at the shooting guard spot as well if need be. LeBron James is the starting small forward with Richard Jefferson backing him up. Jefferson has proven to be an upgrade over Shawn Marion from last year with his three point shooting and whatever remains of his athletic ability. Kevin Love and Tristan Thompson are holding down the four position. While Timofey Mozgov is starting at center with Tristan Thompson sometimes stepping in at the slot as well as Anderson Varejao.

Coach David Blatt wants to limit Kyrie Irving’s minutes and usage starting out in order to work him back into game shape. They are also taking this measure because he is coming off a serious knee injury which he spent a lot of time rehabbing. The last thing the Cavaliers need is another injury for their All-Star point guard. Coach Blatt is expected to gradually increase Irving’s minutes game by game beginning with the finals rematch against the Golden State Warriors on Christmas Day.

The big showdown against the Warriors on Christmas Day is finally here. This is the day that the Cavaliers have been looking forward to since the Warriors defeated them in Cleveland back in June. The Warriors have started off the season with a 27-1 record which is an amazing accomplishment. However, with the return of Kyrie Irving, these two teams are now very evenly matched with the slight edge arguably going to the Cleveland Cavaliers.

With both teams having crowded lineups, a fierce battle is sure to be on their hands. The rivalry is now extremely strong especially with some comments that were made by some of the Warriors players after they won their championship. Draymond Green acted in an extremely arrogant manner and Klay Thompson was also captured on video after the NBA Finals by saying that the Warriors had the true best player in the world in Stephen Curry. LeBron James might have something to say about this but he will just let his game do the talking.

The Individual matchups are intriguing to say the least. Kyrie Irving against Stephen Curry is the first one. It would be natural to say that Curry has the edge on Irving because he won the NBA MVP last year, and is having an unbelievable season this year but Irving has fared well against him historically and most especially in their last matchup which dates back to Game 1 of the finals.

Iman Shumpert against Klay Thompson is the second matchup. Thompson can absolutely light it up from anywhere on the court while Shumpert is a tenacious defender. It’s a classic offense versus defense standoff on this one, but that’s not to look past the facts that Thompson is also an above average defender and Shumpert can also hold his own on offense.

An interesting wild card matchup here would be J.R. Smith against Andre Iguodala. Both are veterans who have seen their best individual years in other teams, but are now playing specific roles in championship caliber teams. The Warriors swingman holds some bragging rights by virtue of his NBA Finals MVP award while the Cavaliers shooter holds a huge chip on his shoulder after underperforming when the team needed him most back in June.

The last matchup to anticipate is LeBron James against Draymond Green. James is still the best player on the planet contrary to what has been said in the media lately about Stephen Curry. NBA players all over the league know who the real king is and that is James. Meanwhile, Green is enjoying a breakout season and has stamped his class as one of the league’s best all-around guys. Both can do a myriad of things on the floor and the statsheet will be filled because of them. Obviously, James has the edge over Green even if the Cavaliers forward is having a bad night but the color that this matchup promises is just too good that it hypes this game even further.

RELATED: The Return Of Kyrie Irving And What This Means For The Cleveland Cavaliers Moving Forward

Despite the oddsmakers favoring the Golden State Warriors, the Christmas Day win is very much within reach for the Cleveland Cavaliers. They are now beginning to really hit their stride with the return of Kyrie Irving. The chemistry is also at peak and these guys are truly having fun out there and it is a good sight to see. Hopefully, the Cavs continue this positive trend to get a win for Christmas and continue their good play for the upcoming four-games-in-five-nights road trip coming up. 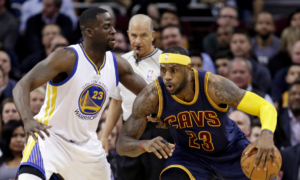