How J.R. Smith And LeBron James Got Over The Tough Loss To Boston “It’s not about the wins and losses, but it’s about how we lost… How we lost, it hurts. It’s been a while since I felt like this.”

Smith was whistled for a foul call on Evan Turner while allowing him an easy lane to the basket. It definitely did not look like a foul, and the following day, the NBA announced it was an incorrect call. Of course, it doesn’t matter now as it led to a five point possession and the win for Boston.

The NBA has announced this foul call on J.R. Smith was incorrect. Led to a 5 point possession for BOS. #PhantomFoul pic.twitter.com/lWvhJs8VNn

After the game, an obviously down J.R. Smith left the arena without speaking to reporters, and Joe Vardon of Cleveland.com reports on how the Cavs recovered from the heartbreaking defeat to come back and defeat the New Orleans Pelicans 99-84.

“I was pretty much the same (as J.R.), probably (got over it) when I woke up this morning,” James said. “I was able to wake up to a 1-year-old running into my arm who was yelling at the top of her lungs, so, obviously that allowed me to kind of refocus and also put the game in perspective.”

“We pay so much attention to the game itself, but there’s so many things that surround it that means even more and I was able to get my mind off it,” James said.

Despite all of the emotions that come with the tough losses in the league, these players are human and must leave all of that on the court as they go home to their families. 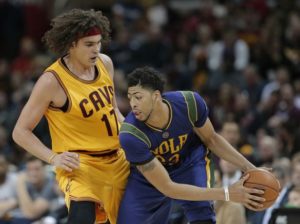