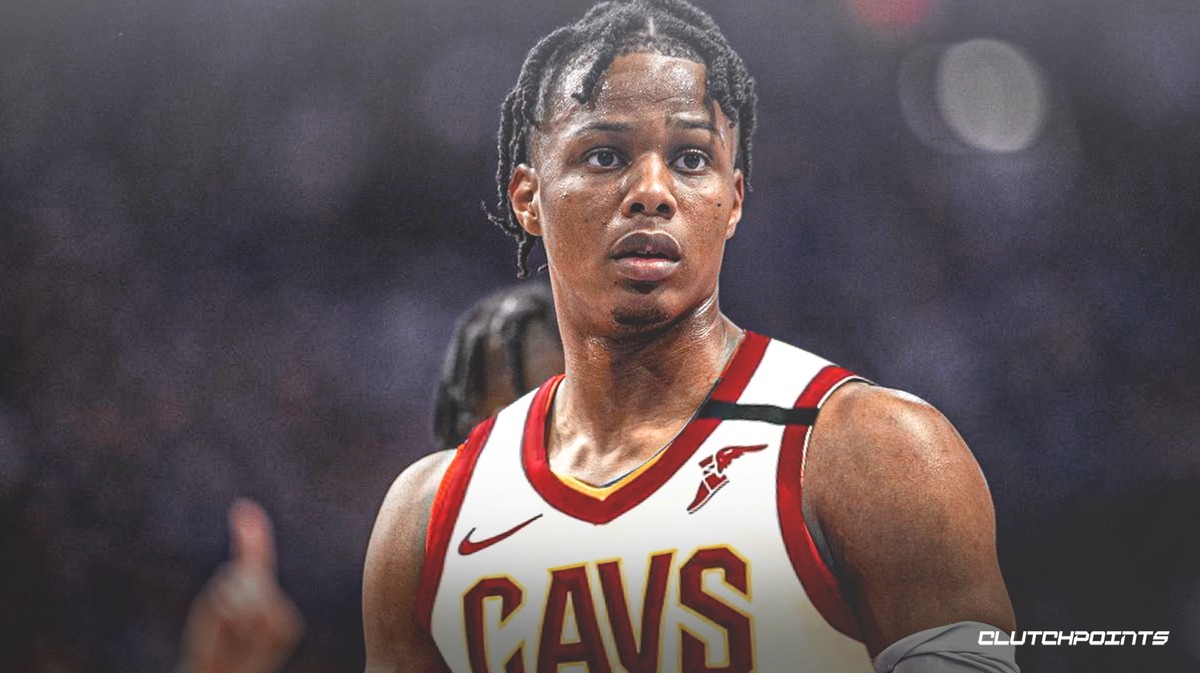 How Isaac Okoro helps the Cavs

How Isaac Okoro helps the Cavs

After months and months of waiting, the 2020 NBA Draft finally tipped off and concluded on Wednesday night. The Cleveland Cavaliers selected Auburn wing Isaac Okoro fifth overall, their only selection of the night.

Let’s take a look at how Okoro will help the Cavs.

Okoro’s selling points are his athleticism and defensive versatility. He may not be the quickest player side-to-side, but he isn’t necessarily lacking in that area. He is very explosive in a straight line and has great speed down the court. He’ll be an effective transition player, just like Collin Sexton, Okoro’s personal friend.

On the other end of the floor, Okoro could very well be the best defender on the Cavs right now. That’s both a compliment to Okoro’s skills and a condemnation of Cleveland’s poor showing there. Okoro may be a bit undersized for a wing at 6-foot-6 225 pounds, but he makes up for it with effort and strength. His 6-foot-9 wingspan is solid, and he eagerly sought out the opponent’s best player in college.

That’s the kind of mindset the Cavs look for in a player, and Okoro could end up being a perennial All-Defensive Team contender once he adjusts to the speed of the NBA. The Cavs need a lot of things right now, but it’s easy to argue that their biggest weakness is defense, especially on the wing. Okoro has the athletic ability required to guard 1-4, and he even switched onto centers at Auburn. However, you wouldn’t really want him trying to defend Karl-Anthony Towns, for example.

Okoro should be expected to start at small forward on Day 1, and he’ll have a lot on his plate, especially since his rookie year tips off in just about one month. He’s not exactly helped out by the current global situation, but his effort and awareness are things that will translate to the pros no matter what. He’ll take his lumps, but by the end of his rookie season, Okoro should be considered one of the better wing defenders in the NBA.

Offensively, Okoro is a good slasher who finishes well at the rim and gets to the line a lot. As stated before, he’ll be a force in transition where he can use his speed and explosiveness to their full potential. He does have the ability to find open teammates, and while he won’t be a great distributor, he can definitely keep the ball moving and dish out assists off his drives. He must improve his arsenal off the dribble and in the post, and the youngster also needs to add some counters to his game. He needs to have a plan of attack for getting to the rim and for how to respond when his initial path is taken away. 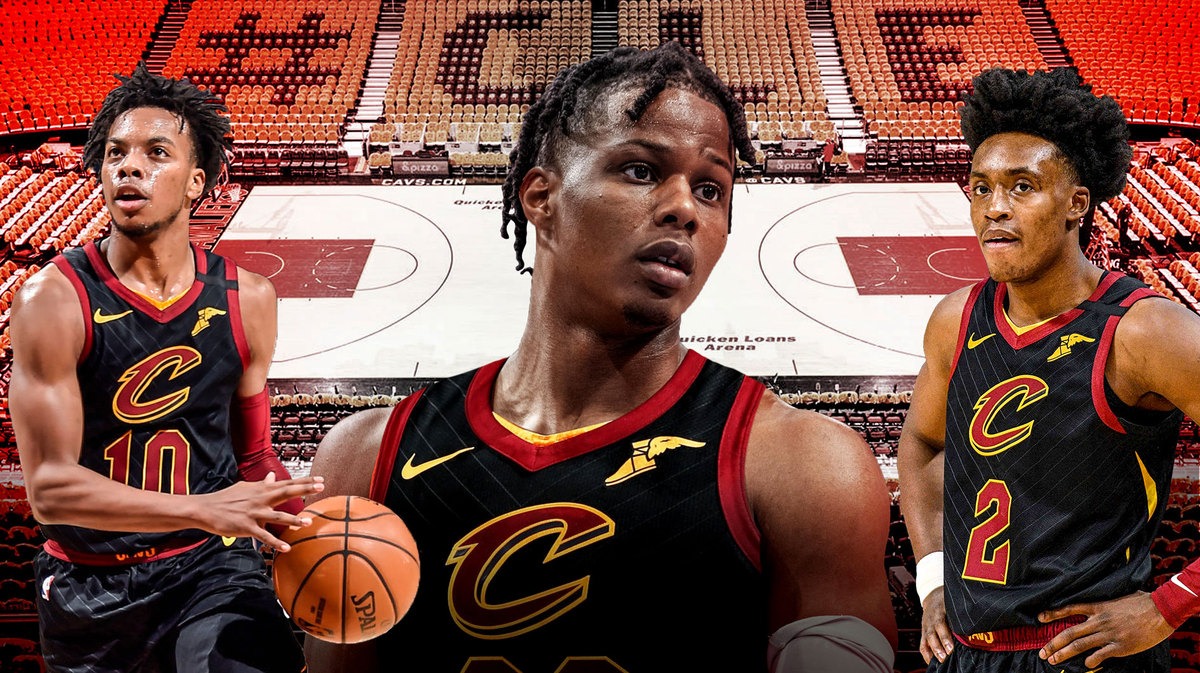 Where Okoro struggles the most is shooting. He shot 51.4% from the field and just 28.6% from beyond the arc at Auburn. He didn’t shoot much from outside, but when he did, he was less than impressive. His shooting form leaves the ball too flat, and his mechanics are inconsistent. The forward has spent the last few months working tirelessly to improve his shot, and the Cavs have made strides with players like Sexton, Cedi Osman, and Larry Nance Jr. in regards to their shooting, so that history was likely a contributing factor to the selection of Okoro.

Shot creation is also an issue for him. Okoro lacks the agility and quickness of a James Harden or Kevin Porter Jr., so he’ll never be a great isolation scorer. However, he doesn’t have to be either. Iso is not his game, and that’s not what he was drafted to be. The Cavs already have three iso scorers in Sexton, Porter, and Garland.

Okoro’s offensive role will be a catch-and-shoot guy as well as a slasher-and-passer. Okoro needs to become a reliable 3-point shooter in order to provide spacing, and this cannot be a Michael Kidd-Gilchrist situation where he defends well but defenses can just ignore him on the perimeter. Cleveland is betting on its coaching to be able to develop Okoro, and based on what they’ve been able to do with other players, that may be a pretty decent bet.

This is all a matter of perspective and expectations. Usually, you’d want the fifth pick in the draft to have the ceiling of a franchise cornerstone, but there really weren’t too many of those guys in this class, and there was not a surefire stud. Okoro may never be an All-Star, and he may never be top three on this team in scoring.

But that’s not why he was drafted.

Every good team needs role players, and while it may sound bad to label the fifth overall pick a role player, especially before he has played an NBA game, a role player is not a bad thing. If Okoro is being relied upon to consistently pour in 20 points a night, chances are the Cavs aren’t in a good spot. Instead, he should be the guy who guards the superstars of the NBA and provides a reliable shooting presence on the wing.

Okoro has work to do, but he has the physical traits and skill set that will earn him a role in the NBA for a long time. He may not develop into a great scorer like Jimmy Butler did, but again, he doesn’t have to do that to make an impact. It’s easy to see a long-term fit on this team, and that’s all he needs to do.

It may not be the right plan (that remains to be seen), but the Cavs are clearly building this team around the backcourt. Okoro was brought in to play off them and to mitigate their defensive shortcomings. The absolute worst-case scenario is the Cavs just got a very good and versatile wing defender who doesn’t provide much shooting, but can still get to the rim and score. That’s perfectly fine in this weak class.

Isaac Okoro may not ever be an All-Star, but with his work ethic, it’s better not to count him out. 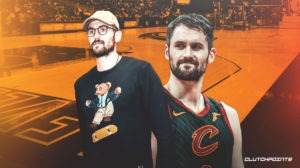