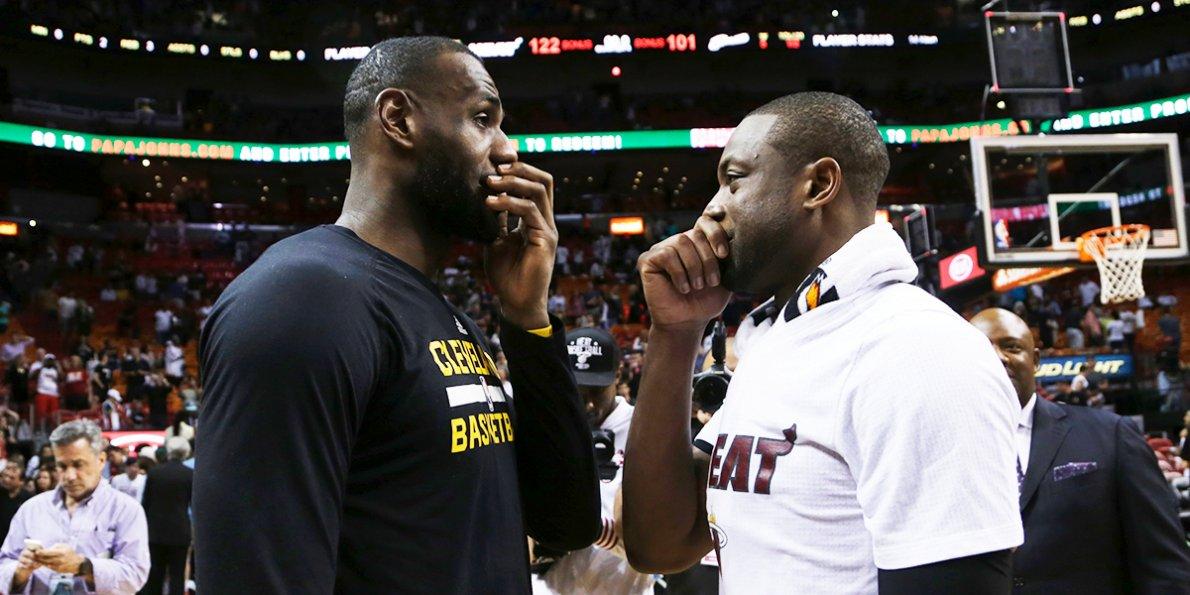 The Cavaliers had made several acquisitions over the course of the offseason that have raised questions about the team moving forward, perhaps the most notable one is signing Dwyane Wade to a one-year 2.3 million dollar contract.

Coming off a season where he averaged 18.3 PPG and shot 43.4% from the field, it’s been presumed that he would have the starting role, but this completely changes the dynamic of the Cavaliers’ offense.

The Cavaliers as a team attempted the 2nd most three pointers in the league, at about 34 a game. Dwyane Wade is a career 29% three-point shooter and shot 31% last year. With Derrick Rose starting at point guard till Isaiah Thomas’ return, starting Wade would lead to a backcourt with a combined 26% shooting from downtown. Cavs have serious questions about spacing.

Unless Tyronn Lue is willing to retool the entire offensive system to suit their new players or Rose and Wade became 40% three-point shooters over the Summer, something has to give. On Thursday’s practice, Coach Lue told Cavs Nation’s Nikki Goel that adjustments will be made as the Cavs will “always have the chance to substitute in the game.” More importantly, he talked about the greater impact of the team’s veteran experience.

“So it’s not so much the spacing as it is the cutting, moving around without the basketball, things like that.”

However, this raises questions about LeBron’s workload. Having three elite shooters in the starting lineup allowed space to drive to the basket, which becomes more relevant each year for the 32-year veteran. In the proposed starting lineup, Love is the only elite three-point shooter, this would allow the defense to crowd LeBron when he drives as Wade and Rose can’t space the floor effectively.

Keeping J.R. in the starting lineup allows the Cavaliers to somewhat continue their offensive system of driving and kicking, which they have perfected over the last three years. Bringing Wade off the bench also allows them to have their secondary play-maker that LeBron so desperately wanted. Once Isaiah returns Rose will return to the bench and they will be able to replicate the system that has allowed them be a top three offensive team for the past three years.

The Cavs may seem unbalanced initially, but the depth and variety of talent truly gives them enough flexibility to work through these issues. While Derrick Rose and Dwyane Wade aren’t notable floor spacers, the Cavs still one of the deepest shooting cores with Kyle Korver, Jae Crowder and Channing Frye just to name a few off the top of the bench.