How Derrick Rose fits into the Cavaliers’ roster 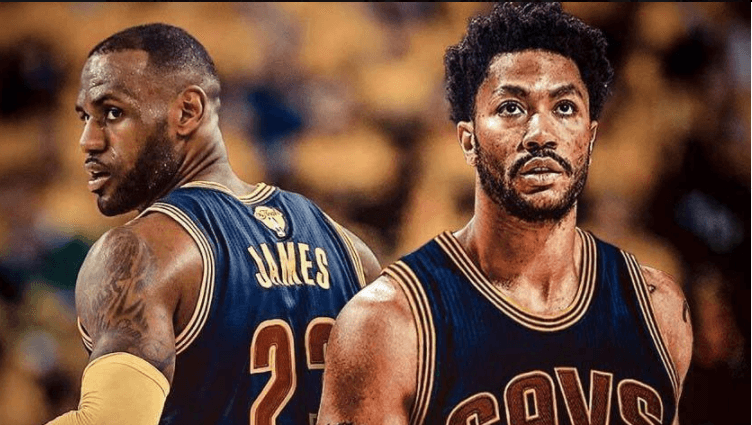 On Tuesday, July 25th, the Cleveland Cavaliers announced that they had signed former MVP Derrick Rose to a one-year deal. With the Rose signing, the Cavs now have a solid backup point guard, which was a concern among many fans after a disappointing turnout from Deron Williams last season and the underwhelming addition of Jose Calderon.

For the Cavaliers, the question is how Rose will fit in with the rest of the roster? While most of the positions are set, the situation at point guard is currently in flux with Kyrie Irving recently asking to be traded to either the Miami Heat, New York Knicks, Minnesota Timberwolves or San Antonio Spurs. The most popular report coming from NBA insiders is that the Cavaliers are swinging for the fences in trying to move Irving to acquire Knicks forward Carmelo Anthony and Phoenix Suns point guard Eric Bledsoe with Iman Shumpert and Channing Frye on their way out of Cleveland to allow contracts to work.

In the event Cleveland does acquire Bledsoe and Anthony, here is what the Cavaliers’ depth chart will look for the start of the 2017-18 regular season:

In this scenario, the Cavaliers will have the best starting unit in the Eastern Conference and possibly the NBA with Anthony playing a small-ball four position and Kevin Love sliding over to center, something head coach Tyronn Lue has done in the past. With Bledsoe leading the starting unit, Rose will be the team’s sixth or seventh-man, depending on when Thompson will come off the bench for the team and would lead the second unit that would be able to keep the Cavaliers rest key starters like Bledsoe, Anthony or James. The luxury of having a scoring guard like Rose coming off the bench also gives the Cavaliers the option to also run two-guard sets with Rose and either Bledsoe, Smith or Korver as the other guard and allowing James to serve as the primary playmaker, creating shots for his teammates. The biggest flaw on this roster is the fact that the Cavaliers are currently carrying four point guards and do not have any depth at the forward positions.

In the Finals, Cleveland’s bench performed an entire tier below the Warriors’ reserves, as the starters managed to out score Warrior starters in three of five games. Rose has the ability to get to the basket on starters and bench players, so his contributions will become immediately evident.

The biggest flaw on this roster is the fact that the Cavaliers are currently carrying four point guards and do not have any depth at the forward positions. At the small forward spot, there is no key depth outside of Jeff Green and rookie Cedi Osman. Green has been most of a flop his career and may continue that trend in Cleveland and for Osman, it may be tough for the rook to earn his minutes under Lue, who has not given rookies many minutes in his coaching career. While Anthony and Jefferson both have played small-ball four in the past, their natural positions are both small forward and the lack of ability to defend a multi-dimensional power forward like Draymond Green who would create problems for the Cavaliers on the defensive side of the ball.

While Irving has been vocal recently about how he wishes to end up in New York, Miami, Minnesota or San Antonio, the Cavaliers have the luxury of trading him for the best possible offer due to the fact that his contract is not an expiring-deal. According to ESPN’s Pablo Torre, while on First Take, LeBron James has been in communication with Jame Jones, former Cavalier small forward, a current member of the Suns’ front office and James’ favorite teammate, about the availability of Phoenix’s 2017 first round choice Josh Jackson. The Suns have had eyes for Irving for quite some time now and if Cleveland is offered both Eric Bledsoe and Jackson, Cavaliers GM Koby Altman will agree to that trade instantly.

Here is what the Cavaliers’ roster will look like heading into the 2017-18 season if they acquire Bledsoe and Jackson:

If this trade were to happen, Derrick Rose would serve the same role as he would in the prior scenario as the sixth-man off the bench and an easy candidate for the Sixth-Man of the Year award. The trade with just the Suns would also cause some shuffling for the bench unit, with Green instead backing up Kevin Love at power forward, Channing Frye sliding over to the backup center spot, and being able to limit the minutes of aging veterans like Richard Jefferson and Kyle Korver. This trade would be ideal for Cleveland to continue their Eastern Conference dominance for the fourth year in a row.

Ultimately, all signs point to the Cavaliers shipping Kyrie Irving out of town before the season begins, he has burned all of his bridges with the team and they appear to be working on trying to bring at least LeBron Jame’s friend Eric Bledsoe to the team to fill the starting void left by Irving. But while Irving is still a Cavalier, the team made a great addition to the team on a very cheap contract in Derrick Rose. Last season the biggest problem for the team was the lack of a true point guard coming off the bench and the team solved the problem for next season by signing the former MVP. The Cavs will look to fill out the rest of their roster with solid deals like this to continue their run of Eastern Conference dominance for the 2017-18 season. 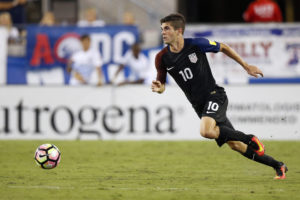