How David Griffin Has Helped Build A Championship Contending Roster 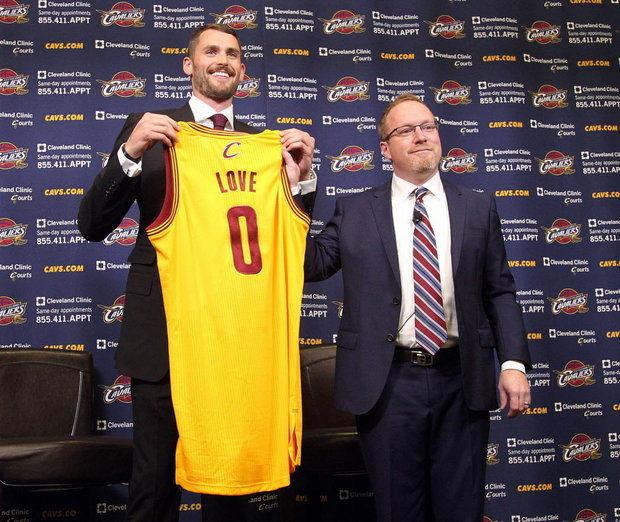 On February 6, 2014, the Cleveland Cavaliers fired former General Manager Chris Grant after a disappointing start to a supposedly promising season. Then-Vice President for Basketball Operations, David Griffin, was assigned interim-GM and inherited an immature 16-33 team with locker room issues. Fast forward to today, the full time Cavs GM has already left behind a trail of moves that ultimately transformed the Cavs from an unstable and inexperienced team to being the odds-on favorite to win it all.

David Griffin is arguably the frontrunner to win this season’s Executive of the Year award but amazingly, he still hasn’t got all the credit that he deserves. People are still torn on whether the man some refer to as “Griff” is only in the right place at the right time or someone whose business and basketball savvy turned around an entire team`s fate. Indeed, a large part of the by Cavaliers` success so far is because of the presence of a certain 4-time MVP, but was his decision to come home the ultimate factor which snowballed into what the team is now? I don’t think so.

Griffin laid out the foundation which contributed to LeBron being enticed to come back and it started by signing Kyrie Irving to a max extension. Irving re-signed as quickly as he could and the swiftness of his decision came off as a bit of a surprise considering the state of the franchise at that time. 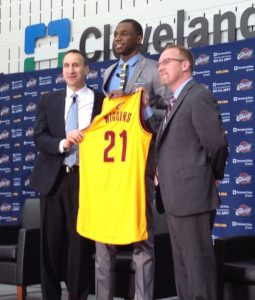 That wasn’t much of a twist but the assurance of having an All Star point guard in Irving for years to come played a big part in the Cavs` transformation. Griffin also had some luck when the Cavaliers landed the top overall pick which turned out to be Andrew Wiggins. Despite being a promising young guard with incredible potential, Griffin and the Cavs pulled off the blockbuster trade of the summer, with brought forth to them Kevin Love. All those and a myriad of small transactions which allowed Cleveland to acquire draft picks and clear cap room for a possible royal homecoming.

On the surface, the Cavs GM looked like your regular friendly neighbor, washing his car at his lawn, playing with his kids, and having a normal 9 to 5 job but he`s proven to have not only the business acumen of an NBA-level General Manager but also a tough interior.

He made this clear with a number of gutsy moves and this obviously started by hiring an international coach with no NBA experience. He also had to swallow giving up two top overall picks and more to the Wolves for Kevin Love whose future wasn`t even etched in stone. He had a brave non-move on Corey Brewer when he was made available by that same Minnesota team, despite the team’s need for backcourt upgrade, and it ultimately allowed him to facilitate the assembly of this current Cavalier team because the pieces that New York and Denver wanted were still available. When David Blatt was under fire, Griffin went public to air his full support towards the Cavaliers coach. He had to face the reality of sacrificing talent and potential for the right piece by letting go of a promising Dion Waiters for an oft-injured Iman Shumpert and a notorious headcase in J.R. Smith, and, in a separate deal, giving up two first rounders for a less-than stellar Timofey Mozgov.

All these were moves that Griffin felt were necessary to give Cleveland its best shot at a title in the quickest possible time. Fortunately for David Griffin and the Cavs, everything paid off as the team has held the best record in the NBA since they became complete after the series of trades. They weren’t just winning – they were dominating.

David Griffin came to position with his likeable personality and he sought to change the culture of a struggling team to a more positive one, easing the pressure off their young players’ shoulders. I wouldn’t even be surprised if he won’t be batting an eyelash if the Executive of the Year award goes to someone else. He wants none of the limelight and only cares to make people’s lives easier.