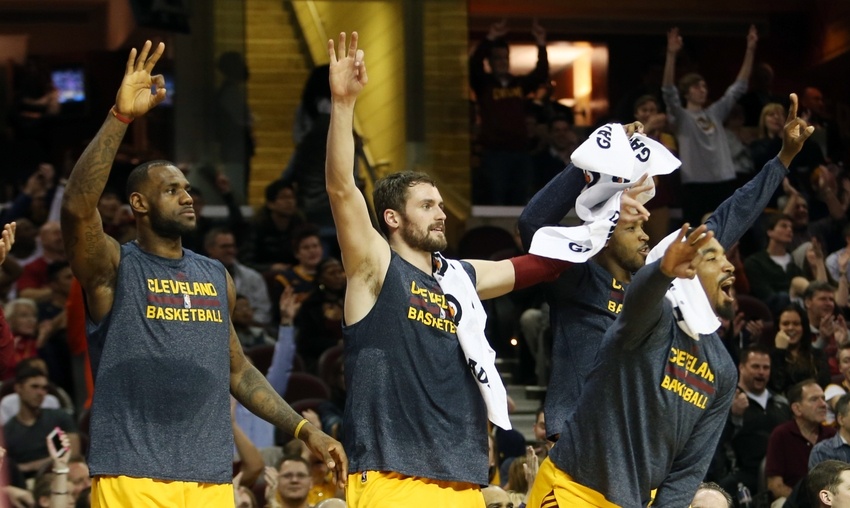 The Cleveland Cavaliers have struggled to win a game this preseason. They’ve come close and held big leads, but in the end, the Cavs second and third units were simply unable to squeak out victories despite dealing with injuries.

While players have been in and out of the lineups, Mo Williams, Richard Jefferson, Jared Cunningham, and Quinn Cook have been consistent bright spots. Kevin Love made his return to the court last night against the Toronto Raptors, and although Cleveland fell once again, Love looked excellent rebounding and outletting the ball as well as dishing some sweet passes to teammates.

Love played just 13 minutes, all in the first half, and is reportedly feeling good enough to go again tonight against the Dallas Mavericks.

#Cavs Kevin Love will play tonight despite it being the second night of a back-to-back.

#Cavs Blatt on Kevin Love playing tonight: "We want to get him more minutes and more game time. And he's ready to go. Feels good."

LeBron James, meanwhile, will not be playing in the Cavs’ preseason finale, but will be ready for the season opener on October 27 against the Chicago Bulls.

#Cavs David Blatt confirms that LeBron James will not play. He played in two of the seven preseason games.

#Cavs David Blatt on LeBron James: "He will absolutely be ready for the season opener"

There are no reports of anyone else sitting out at the moment, although one would have to expect J.R. Smith to sit out tonight’s game after tweaking his ankle in the first half of last night’s game. he was able to return to finish the first half, but didn’t play in the second as a precaution.

Tonight will be the last time Jared Cunningham, Quinn Cook, Austin Daye, Jack Cooley, and Nick Minnerath will have a chance to show the Cavs what they can do. 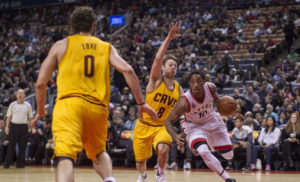