Heat To Honor LeBron’s Return To Miami With Commemorating Video 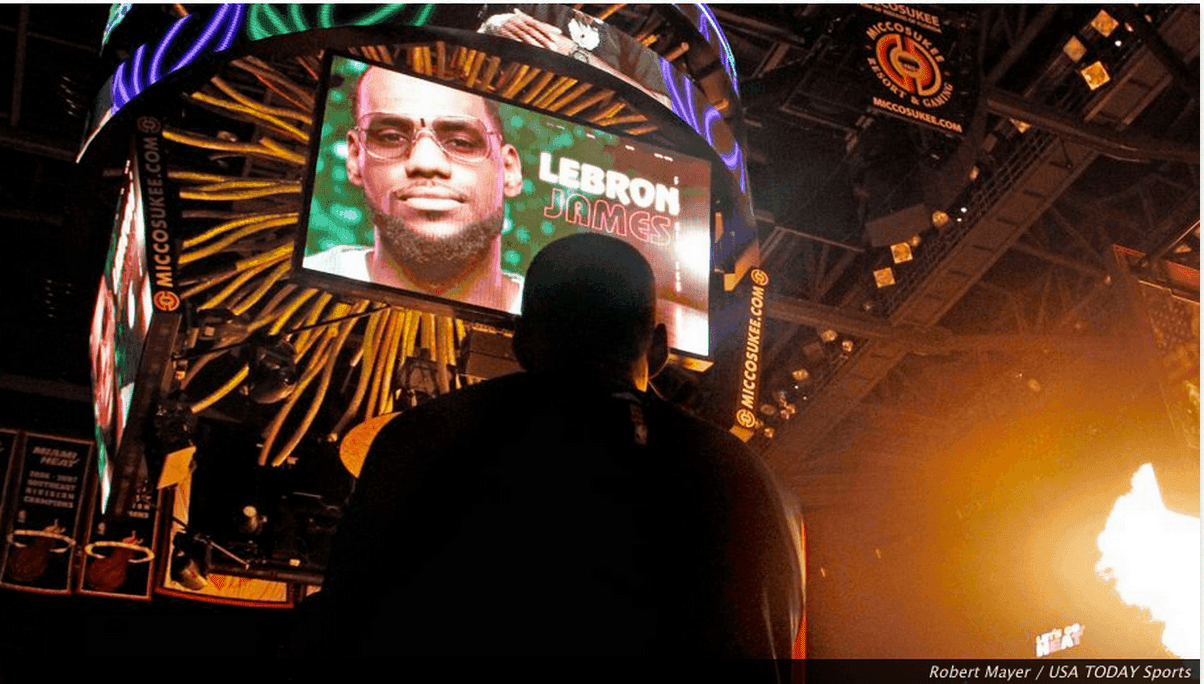 While billions of people celebrate the return of Christ on Christmas Day, Floridians on the shores of South Beach will anxiously await LeBron James’ homecoming to the court that LeBron brought four NBA Finals appearances and two championships. The Cavs travel to Miami to take on LeBron’s former Heat, and while media stirs up a plot of unprecedented tension and conflict, the home team has shown an act of solidarity and class.

According to Yahoo Sports’ Marc Spears, the Miami Heat have prepared a video commemorating their former 2-time MVP in order to properly welcome home the King. LeBron spent four of his prime years in Miami, a time period with highlights that have defined his career and made the anticipation of this video restless. Dwyane Wade expected Miami to receive LeBron gratuitously:

James has responded with similar empathy, knowing the entire situation isn’t confrontation, but a sentiment of mutual respect:

“Our relationship is so strong, man, that when I decided to make my decision to come back here, [Wade] was one of my biggest supporters. Obviously, he wanted me to stay and he was a big reason why I was teetering back and forth, because it’s bigger than basketball with me and him. It’s like a friendship I can’t explain. It’s like a brother that I never had.”