Health Or Winning Games: Which Is More Important? 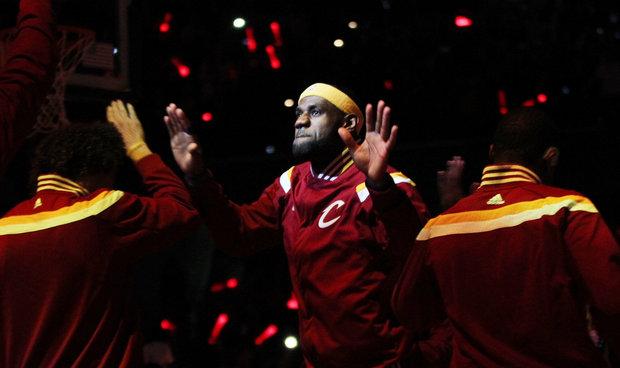 The start of the 2016 NBA playoffs are just around the corner and one of the top priorities for teams this time of year is obtaining the highest possible seed in their respective conferences. However, player maintenance is also imperative; keeping players well rested so they are fresh for the playoff grind. The Cleveland Cavaliers currently hold a two game lead over the Toronto Raptors for the number one seed in the Eastern conference. Additionally, the Cavaliers have eight games remaining while the Raptors have nine games left. For many teams in the league, that home court advantage provides a huge boost simply because of the energy that the fans bring, but is that advantage more important than getting players rested for the playoffs?

Often times throughout the season, coaches will rest their starters, even when it is not close to playoff time. San Antonio Spurs head coach, Gregg Popovich, is one of the most notable coaches to pull this maneuver. Even LeBron James sat out two straight weeks last season in order to get his body right and a few games this season in the midst of a tough schedule. As important as player health is, home court advantage is far more important, especially as long as there are no major injuries that a player has to recover from. That home court advantage is very noticeable this year as there are some teams that excel when playing at home.

VIDEO: Austin Carr Talks About What Went Wrong Against Rockets

Two of the best teams in the league, the Golden State Warriors and the San Antonio Spurs, have home records that only other teams could dream of. The Spurs are 37-0 at home this year and the Warriors are 36-0 at Oracle. For the Spurs, they have won 46 straight home games dating back to last year, their last regular season loss at the AT&T Center being at the hands of the Cavaliers in March of 2015. As for the Warriors, they have won 54 straight home games since last season. Numbers never lie and it is very clear that having home court provides a massive advantage.

There are three other teams that have single digit losses at home and the Cavaliers are one of them. They boast a 30-7 record at Quicken Loans Arena to pair with a 21-15 record on the road. Due to their home record and the fact that they are just two games ahead of the Raptors, they should definitely value the number one seed. They average around five more points per game at home than they do on the road and although that may not sound like a lot, five points can make a huge difference in a playoff game.

However, when James is not on the floor, playing time for some of the Cavs veterans opens up, as displayed last night against Houston when James Jones and Mo Williams played some first half minutes and scored 16 straight Cavalier points when the team struggled to score. NBA veterans don’t need to find their confidence down the stretch, but it would be useful to find some meaningful minutes for them to get a rhythm going in case they’re needed in the postseason.

The more you sit James out though, the more you risk falling in the standings. When James does not play, the Cavaliers are 4-13 since he returned to Cleveland. Those 13 losses come at an average of almost 15 points with both Kyrie Irving and Kevin Love are on the court. Player confidence is a must, but so is that number one seed. If the Cavs are struggling with confidence this late in the season, then this year’s playoff run will be an uphill battle.