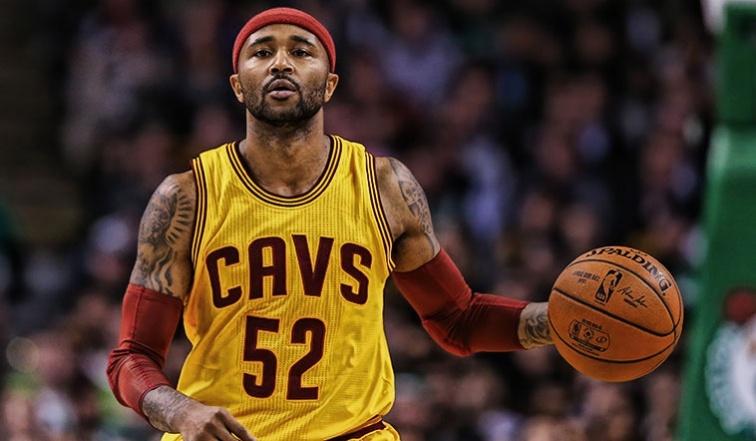 Mo Williams, playing through a thumb and minute restrictions, what truly is his role?

In his 12-year career, Mo Williams has proved that he belongs in the NBA first as a starter after glory days with the Bucks (’04-’08), legendary playoff runs with King James and the Cavs (’08-’11) and his numerous veteran roles on various teams before finally returning to the Cavs in 2015. He is now 33 years old, and his longevity in the league speaks to his legitimacy as a player, teammate, and person. However, with a thumb ailment that Williams claims will take “six weeks to fully heal…” perhaps resting Mo is the best move for the Cavs. In the last 10 games Williams is shooting under 30% from the field, and 4.5 points per contest. Granted five of those games were DNP’s, but the drop-off is quite dramatic dating back to December.

Best hand specialist in the world. New York weather off the chain today

To shed light on the recent zero-minute nights for Williams, look at the last 20 games for production from Williams. Comparing those numbers to Matthew Dellavedova for games where either played more than 10 minutes. In the last 20 games Williams participated in 10 games where he played for more than 10 minutes and his +/- , which measures how well the Cavs perform while a certain player is on the floor, was -7.0 points. When comparing that to the +5.5 points of Dellavedova, who also played all 20 games, entering the Cavs’ recent matchup against the Spurs, it’s clear that Delly was a justified team option.

The NBA is one of the few professional leagues where some players are deemed “role players.” This term indicates that certain players are highly proficient in specialized areas of the game. It can be the Champ’s shooting stroke from deep, Shump Daddy’s lockdown defense or TT’s endless hustle on the offensive glass – role players all have defined their legacy in the shadows of superstars. Williams is no different, because despite his starter history in the league and incredible play in Kyrie Irving’s absence, he has an integral part of the Cavaliers Organization. That “true role” comes in the form of mentorship, which can drip down to Cleveland’s fountain of youth at the Point Guard position. Irving (23), Jared Cunningham (24) and Dellavedova (25) all have given Cleveland confidence for future backcourt beatings. Now, Williams can leave a lasting legacy within these players, an asset for the Cavaliers franchise that’s as valuable as another playoff run with the King. Chris Fedor of Cleveland.com eludes to this prospect with the Cleveland’s recent trade of Joe Harris and guarantee of Cunningham:

“With Williams’ lingering ailment and Joe Harris’ looming operation on his right foot, the Cavs are planning to guarantee the salary of Jared Cunningham, keeping the 6-foot-3 Guard with the team past Thursday’s deadline. The non-guaranteed, one-year deal Cunningham signed in the off-season will become fully guaranteed at $981,348.”

He’s no rookie trying to find playing time; instead, the long-serving Cavalier is a focal point of maturity and securing the bigger picture, which is looking pretty good recently. The Cavs are 9-1 in their last 10 contests (Golden State 8-2). With league highs in offensive rating and lows in turnovers, Cleveland is in position to drive the championship conversation.

Still, its always fun to nostalgically look back on Mo from back in the day, so here is a throwback to when Mo threw down 43 points against the Kings in 2009: