Has David Blatt Been Trying To Protect Kevin Love This Season? 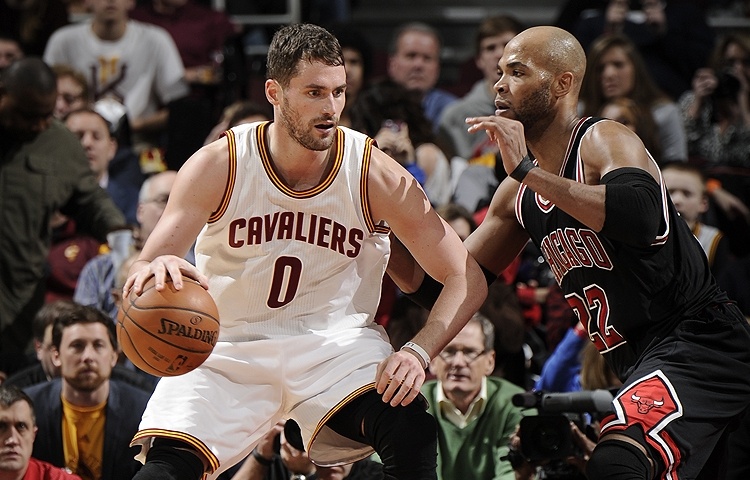 The Cleveland Cavaliers are playing excellent basketball over the past month and a half, with a large part of the success going to the LeBron James and Kyrie Irving for their excellent play. Kevin Love, however, has also been a major contributor despite his struggles offensively and even defensively.

He’s been sitting on the bench late in some fourth quarters, most recently against the Spurs. He came into the game during the overtime session, but was mainly watching the Kyrie Irving show along with all of Cavs Nation.

Love’s struggles are often attributed to him not being used correctly as the post-player who can shoot, instead just keeping him out on the three-point line to spread the floor the Irving and James. In an interview with ESPN’s Mike Wallace, however, Love admitted that he’s been playing with back spasms and tightness on a consistent basis since November. Almost four months in, and Love is still not right.

“It’s something I want to get right before we get to the playoffs, because that’s what’s most important at this point,” Love, 26, told ESPN.com before Saturday’s practice in preparation for Sunday’s game against the Magic. “It’s not something that’s — I’m going to have to address my body. But I address my body every offseason. I’ll go from my toe all the way up to my head to try to figure out how to better my body for next season. It’s not something that’s going to bother me down the road.”

Love’s struggles and being relegated to the bench or the perimeter begs the question: Has coach David Blatt been attempting to rest Kevin Love and his back in anticipation of the playoffs? A lot of people sometimes question Blatt’s decisions in regards to Love, but we never hear any problems about it coming from within the team or management. Could Blatt be trying to keep Love from all the banging bodies in the post until he’s fully healthy or the playoffs, when they’ll really need him? It seems very reasonable considering all of the surrounding factors.

“It’s still a work in progress, but I think I’ve figured it out a little better,” said Love, who has leaned on advice his old coach Kevin McHale once gave him while in Minnesota. “It’s like McHale used to tell me: Just go where they ain’t. Just go out there and try to space the floor as best as I can.”

The past two months have been the most troubling for Love, as he’s has incredible highs as well as inexplicable lows, but he worked along with the team to integrate J.R. Smith, Iman Shumpert, and Timofey Mozgov.

Love is clearly trying to fit into his role while also gearing up for his first ever playoff run. As explained by Love, everything is better when your team is winning:

“Everything is easier when you’re winning,” Love said. “So you can have some really good games, and then some tough times. The rotation might be different. But as long as you’re winning, it kind of makes up for everything. And that’s the kind of way it’s been here.” 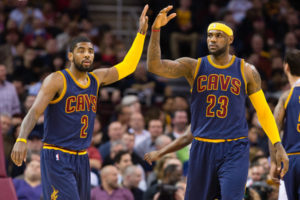