LeBron James is now in his 12th year in the NBA, and he’s showing no signs of slowing down. James has been in the playoffs for 10 straight years and is looking to make the Finals for the sixth time in his career and second time with the Cleveland Cavaliers. We take a look at his best career playoff series this far, starting with number six:

LeBron James first time in the NBA Playoffs was one to remember. In the Cavs first playoff appearance of the LeBron James era, Cleveland faced the Washington Wizards and LeBron James was impressive as always. He led the Cavs to a split in the first pair of games before winning two in a row for the six-game series victory.

Click ‘Next’ to see the fifth best series in LeBron James’ career! 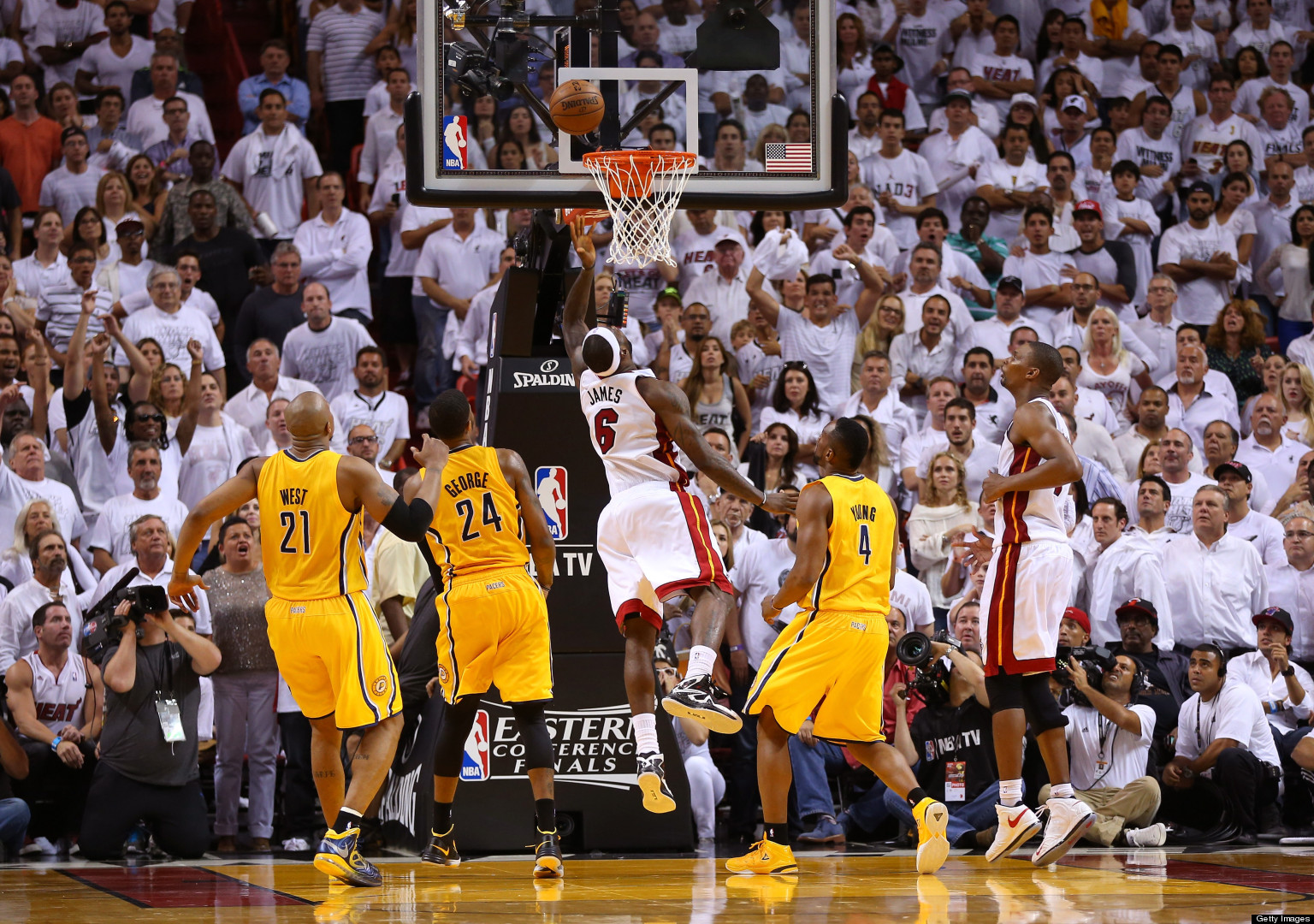 LeBron James and the Heat found themselves facing the Indiana Pacers again, a team they considered their rivals after meeting in the playoffs the year before and having some tough regular season games in between.

This grueling seven game series was tough, especially with the level of physicality between LeBron and Roy Hibbert. Neither team on consecutive games, with Indy winning Games 2, 4 and 6 while Miami won 1, 3, 5, and the all-important Game 7.

Click ‘Next’ to see the fourth best series in LeBron James’ career!

The Cavaliers fell down in the series 0-2 going into their two homes games. Cleveland had already been eliminated by the Pistons the year before in LeBron’s first ever playoffs in 2005-06. The Cavs won Games 3 and 4, going back to Detroit for a road Game 5. LeBron James scored his then-career high 48 points in game 5, including 25 straight and 29-of-30 in the fourth quarter and overtime sessions. Cleveland won Game 5 and ultimately Game 6 to advance to their first ever NBA Finals.

Click ‘Next’ to see the third best series in LeBron James’ career! 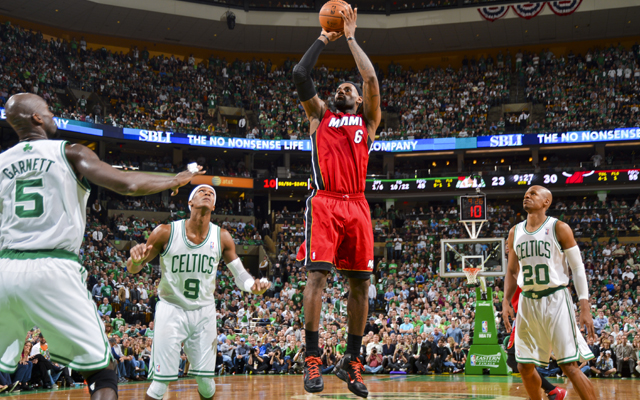 This series is well known for being the first time LeBron James overcame the adversity that was the Boston Celtics, a team that has haunted his basketball career since he came into the league. The LeBron-led Heat did beat the Celtics 4-1 in 2011, but this series had all the makings of a classic. The Heat lost home-court advantage and were on the brink of elimination when they were down 3-2.

James had the infamous Game 6 in which he took over with 45 points and 15 rebounds to force a Game 7 before going back to Miami and sealing the Game 7 victory with 31 points and 12 rebounds. The Heat would go on to the NBA Finals where they’d face the Oklahoma City Thunder.

Click ‘Next’ to see the second best series in LeBron James’ career!

LeBron James was a man on a mission in 2012 after losing in the NBA Finals in 2011. James came out aggressive against the player who might just take his spot as the best in the league in a few years in Kevin Durant.

Despite not having home-court advantage, James and the Heat defeated the Oklahoma City in Game 1 and ultimately won the series in 5 games. James averaged 28.6 points, 10.2 rebounds, 7.4 assists, 1.6 steals, and 0.4 blocks en route to his first ever NBA championship.

Click ‘Next’ to see the best series in LeBron James’ career!

LeBron James led the Miami to their third consecutive NBA Finals to face the San Antonio Spurs. Both team won a single road game, but in the end, it was home court advantage and a guy named LeBron James that provided the difference down the stretch.

LeBron averaged 25.3 points, 10.9 rebounds, 7.0 assists, 2.3 steals, and 0.9 blocks in an incredible performance that notched LeBron James his second NBA Championship in as many years.