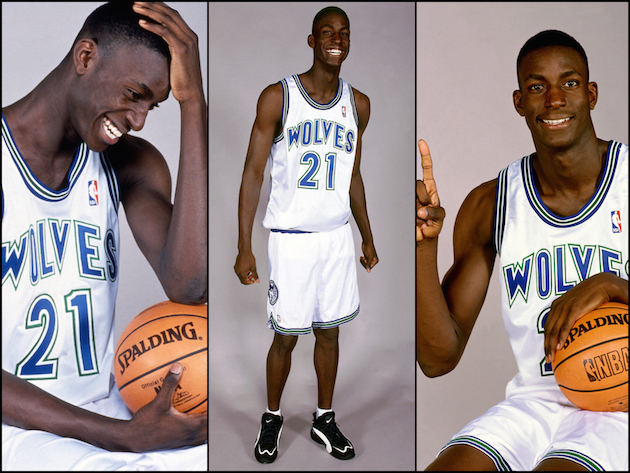 Kevin Garnett started playing high school ball at South Carolina’s Mauldin High where he was named Mr. Basketball for South Carolina. A incident outside the basketball court prompted Garnett to transfer to Chicago’s Farragut Career Academy for his senior year where he continued his dominant play, averaging 25.2 points, 17.9 rebounds, 6.7 assists, and 6.5 blocks en route to being named Illinois’ Mr. Basketball and USA Today’s National High School Player of the Year. Garnett entered the 1995 NBA draft and was drafted by Minnesota where he went on to win an MVP award in 2004 and become the best player in Timberwolves history. Towards his latter years, Garnett was traded to the Boston Celtics where he immediately won an NBA championship.

Click ‘Next’ to see the third greatest player to go pro straight out of high school!