Game Recap: The Cleveland Cavaliers Win Against The Denver Nuggets 110-101

The Cleveland Cavaliers wanted to improve as a whole from last game. The Cavs came into tonight’s game against the Nuggets averaging 16 assists per game, the lowest in the NBA, while allowing the most assists by their opponents at 26 a game. Ball movement, man movement, and good shot selection were just a few of the many concerns for the Cavaliers and their fans. Whatever was discussed prior to today’s game seemed to work, because Cleveland made a concerted effort to do one specific thing: move the ball.

First Half: The Cavaliers put up a passing show in the first quarter led by LeBron James and finished with 10 assists in the quarter, easily shattering their assist total for the entire game against the Blazers on Wednesday. They came out of the gates with a whopping 38 first quarter points and led by 18 after the first 12 minutes.
Cavs Beat writer for the Akron Beacon Journal said it was by far the best quarter of the season for the Cavs.

A scary moment late in the first quarter came on a Dion Waiters drive to the hoop. Waiters elevated on the fast break when he was deliberately pushed in mid-air by Nuggets center Darrell Arthur and landed with a hard “thump” on the hardwood. A blatant and dirty play by Arthur was awarded a Flagrant 2 foul upon which he was ejected from the basketball game. Safe to say that with all the injuries that have been brought upon the NBA’s stars this season, Dion was lucky he was able to walk it right off.

The Nuggets were without starting point guard Ty Lawson, so Nate Robinson made his first appearance of the season, returning from a knee injury he suffered last season. Denver tried to keep the game close with their 2nd quarter unit featuring Danilo Gallinari, Wilson Chandler, Randy Foye, and Timofey Mozgov. After closing the gap to 51-42 with 2:14 left in the half, LeBron then scored on a driving layup. Immediately after, rookie Joe Harris came up with the inbound steal after an errant pass towards half court from Denver center JaVale McGee, kicked it to James on the left wing, and James buried the 3 for five quick points. The Cavs went into halftime leading 58-45. The Cavs had 17 first assists in the first half alone, highlighted by this half-court alley-oop lob from LeBron James to Tristan Thompson.

Second Half:
{adinserter 2} The 3rd quarter was about getting the ball to move once again, as Kyrie Irving came out knocking down back-to-back 3-pointers, but that was matched point for point by Denver and ended up outscoring them 27-26 in the quarter. Cleveland held an 85-65 lead late in the 3rd before Foye came out and hit back-to-back 3 pointers of his own to bring the Cavalier lead to 14 points, a lead that is not by any means safe in the NBA. In the 4th, the Nuggets pulled an 8-3 run to get back within 9 at 88-79. Led by the most unlikely of units, Denver appeared ready to stage a comeback when they slowly inched to a 98-92 deficit with a unit featuring Randy Foye, rookie Erick Green, Wilson Chandler, former Cavalier Alonzo Gee, and big man Jusuf Nurkic. But then came James and Dion Waiters to the rescue as they scored 8 of the final 12 points to seal the 110-101 victory.


Following the game, when asked what was working so well for the Cavaliers, especially during the first quarter, James said, “We came into the game saying that we have to move the ball, we have to move bodies, and get everybody involved. The result was us having an 18-point first quarter lead.” The Cavaliers finished with a season high 25 assists led by LeBron James who finished with 11 alongside his 22 timely points and 7 rebounds.

Game Notes: Seven players reached double figures, including all 5 starters. James had a great all around game with 22 points, 7 rebounds, and 11 assists. Kevin Love failed to reach a double-double, finishing with 19 points on 6-16 shooting (0-5 from 3) and 8 rebounds. Kyrie Irving bounced back from his 0 assist night to wind up with 12 points and 6 assists. For the 2nd game in a row, Dion Waiters came off the bench and this time provided the scoring punch the Cavaliers needed, finishing with 17 points on 6-14 shooting to go along with 2 steals. Shawn Marion had 10 points, 2 assists, Anderson Varejao had 15 and 7, while Tristan Thompson had a solid 12 points and 5 rebounds in 21 minutes. “We’re excited that we ended the road trip the right way, but we still have a lot of work to do,” says James, who is looking forward to now going home, back to the Q where they’ll be facing Anthony Davis and the New Orleans Pelicans Monday night. 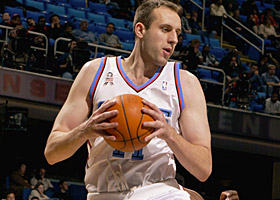 JUST IN: Top 5 Things The Cavs Will Need To Overcome On The Road
Related Topics