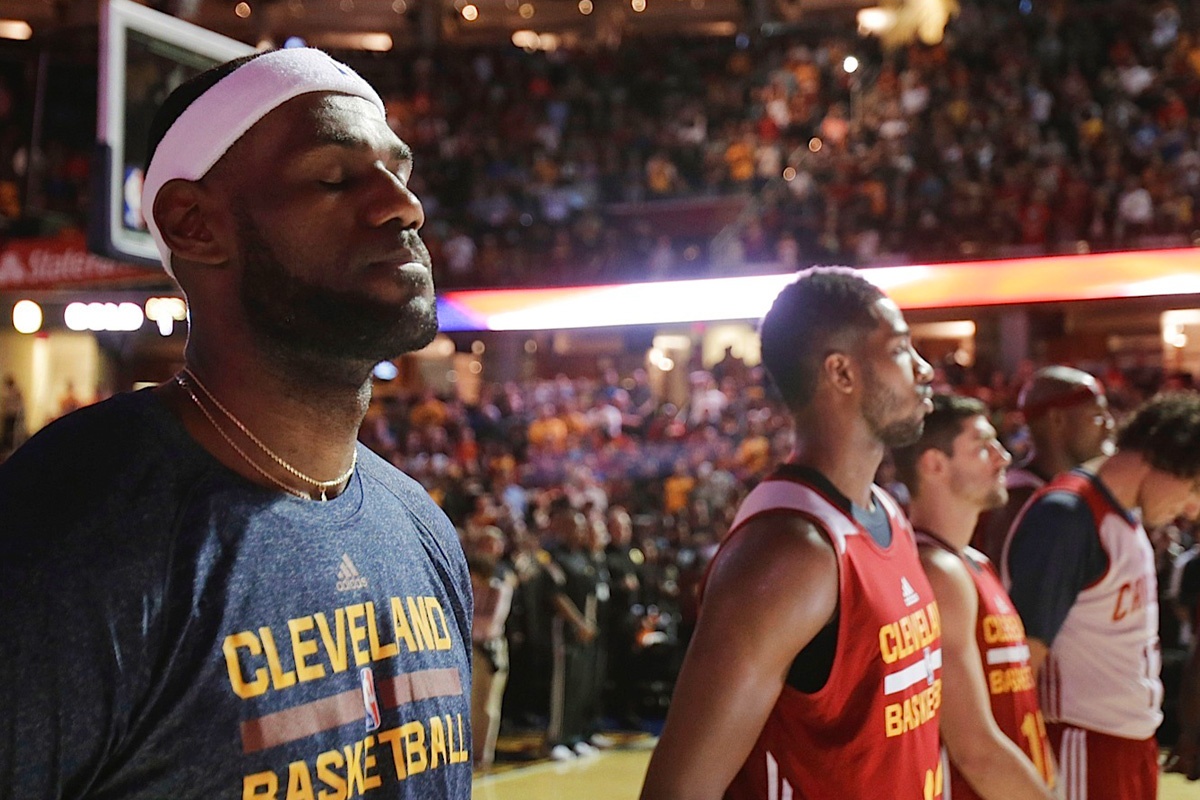 LeBron James’ homecoming was bittersweet. After the pre-game festivities died down, and with the game underway, it seemed as though the King was unable to shake off the first game jitters. The momentum heading into the game from the hype of his return, the excitement from all the new additions and all of the Cleveland buzz from the national media did not carry over onto the court. The Knicks provided a lot of energy throughout the night and were not affected by the electric atmosphere in Cleveland.

“This is probably one of the biggest sporting events that is up there ever.”
– LeBron James said before the game

Carmelo Anthony had 25 points and 6 rebounds and lead the way much of the night, providing clutch baskets and taking over the game when necessary. The Knicks played excellent team basketball and had a very balanced attack, assisting on 30 of their 37 team field goals. The team also had seven players score at least 8 points.

The Cavaliers, on the other hand, leaned heavily on their starters. LeBron had 17 points and 5 rebounds, Kyrie Irving had 22 points and 7 assists, and Kevin Love had 19 points and 14 rebounds, with about 124.5 minutes between the Big Three.

Throughout much of the game, LeBron showed apprehension and was not as aggressive as contrary to what many expected. He tended to force the issue and missed shots that he normally makes (even airballing a fadeaway); in addition, he was careless with passing and dribbling at times, leading to 8 turnovers and 5-of-15 shooting for the night. This is highly uncharacteristic for a player many deemed one of the most efficient and focused players in the league.

The Cavaliers looked good in the first half, and took the halftime lead, 44-42. The low scoring half was due to a slower game pace, as the Knicks used a pass-heavy offense that often went late into the shot clock. The Cavs were able to stretch out the defense with many decoys such as Kyrie and Klove on the perimeter and the Knick defenders time and again took their eyes off of their men as they were hurt repeatedly by backdoor cuts and open three point shooters. The Knicks were able to score through the efficient triangle offense in which their floor spacing and off ball movement was excellent, leading to many open midrange jump shots which they made unlike in their game against Chicago in the previous night.

Additionally, in the first half, the Cavs had a stagnant offense which led to many perimeter jump shots. In the first quarter, shots were falling and all was well, but later on in the game, the Cavs went cold and they couldn’t resolve the issue. Coach Blatt will look to improve upon the execution of his highly touted offense.

At the halftime interview, LeBron said, “I’m happy the first half is over, the emotion is out of the way.” However, the second half was not a different tale from the first.

The Knicks continued to play mostly suffocating and motivated defense, a different brand of basketball Knick fans are not used to seeing, though at times there were short stretches where the Knicks eased back and the Cavaliers seemed to be able to score at will.

The Knicks showed a lot more poise and patience with the triangle offense than in their first game against the Bulls. They passed the ball exceptionally well, showing much more unselfishness than in the previous year under Coach Mike Woodson’s offense. Role players: Shane Larkin showed more confidence and patience in his offensive abilities while providing the expected defensive peskiness (notching 5 steals), Jason Smith hit most of his open mid-range jumpers, and Quincy Acy continued to display his high energy on the boards and the defensive end. At times in the late fourth quarter, the Knicks deviated from the triangle offense, but thanks to their continued hot shooting from players like J.R. Smith and Melo, were able to score timely end of game buckets.

LeBron continued to hesitate and not look for his own shot in the second half. Kevin Love fought very hard for rebounds and loose balls but also did not assert himself on the offensive end, scoring just 5 points in the second half. With two of the Cleveland Big Three unable to score points, Kyrie Irving was depended upon to provide the punch. You could see that when he got the ball, he looked to score primarily, not distribute as much. And he did just that, scoring 22 points on 15 field goal attempts. The chemistry for this Cleveland Cavalier team needs to develop before they reach their extremely high potential. There was frequent miscommunication and players often looked for their own shots, which lead to many forced jumpers. LeBron was playing like his old days in Miami, sending out passes to players who he expected to know where he was trying to pass to, but the chemistry wasn’t there and a couple passes ended up as turnovers.

The Knicks jumped out to a 9 point lead in the second half, which the Cavs were able to cut down to a 3 point lead during a late game surge. However, Carmelo hit a fadeaway dagger over Lebron James’ outstretched arms with 25 seconds left to help put the game away.

Keep in mind that this is an 82 game season, and even though the hometeam lost, there should not be an incredible cause for concern. The players need to get accustomed to each other and develop the chemistry that all elite teams have. The Cavaliers should be able to reach their potential in due time.

.@kendricklamar is killing it at the @nbaontnt party. #AllForCLE pic.twitter.com/8h80xSMccc

Good penetration by Kyrie Irving, who finds a very mobile Kevin Love cutting to the rim:

All the focus will be on the Cavs, but that's a hell of a win for the Knicks. Really sound defense most of the game.

Cavs summer: Too much letter writing, not enough jump shots. 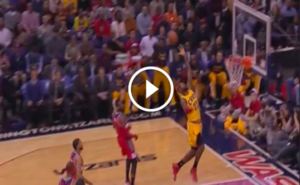