Game Recap: The Cleveland Cavaliers Defeat The Brooklyn Nets To Extend Their Win Streak To 7 Games 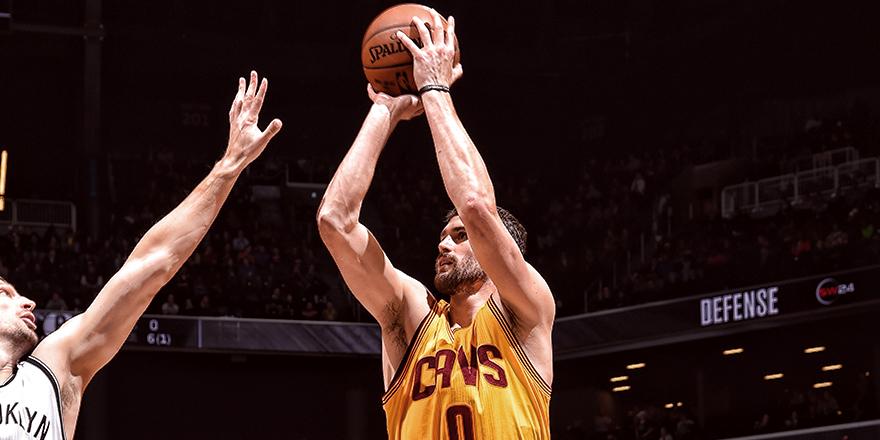 Monday night in Brooklyn and King James is in town to take on the Brooklyn Nets. Courtside sit the Royal Prince Williams, and the Duchess Kate Middleton, his wife. Across the court sit the king and queen of the music industry, in Jay-Z and Beyoncé. Plenty of royalty in tow for this game, as the Cavs beat the Nets, 110-88 , to extend their winning streak to 7. Dion Waiters finishes with 26 points to lead all scorers.

Prior to the game, police were stationed in and around Barclays center, not just for the arrival of the Royal Family, but for the protest of the fatal slaying of Eric Garner, who was choked to death by a police officer. Kyrie Irving and LeBron James joined in on the protest, by wearing “I Can’t Breath” t-shirts during warmups. With so much going on, basketball hardly feels like the priority, even as the game went on.

The game was competitive until about 6 minutes into the third, where the Cavs went on a 25-6 run to blow the game open with an 18 point game heading into the fourth. Tristan Thompson capped off the third quarter with a pair of royal flushes at the rim, coming off a LeBron James alley-oop lob. Tristan Thompson finished with 14 points and 12 rebounds with 2 blocks. The Cavs eventually went on to win by 22.

After Waiters, Kevin Loved led all Cleveland scorers with 19 points and 14 rebounds, while LeBron James finished with 18 points, 7 assists and 4 rebounds. Love saw a mismatch in his defender Mirza Teletovic, and the Cavs went to an isolation post up with Love early. He carried the Cavs in the first quarter.

{adinserter 2} During the second, Dion Waiters came alive, and provided much needed scoring off the bench. The Cavs are last in the league in bench points, but tonight, Waiters stepped up to get the job done. Despite being brought up in trade rumours, the Cavs continued feeding him the ball, as he had the hot hand. His 26 points fueled the Cavs’ backups into outscoring Brooklyn’s bench 57-42.

Mathew Dellevedova also returned for the Cavs, after sitting the last 15 games with an injury. He was on a minutes restriction, but he and Kyrie Irving both struggled. Irving missed his first 6 shots, finishing with 7 points, on just 2/10 shooting. Delly had 2 points and 3 assists.

The Nets were without 2 of their primary players, in Joe Johnson and Brook Lopez, whose presence was evident as the Cavs outrebounded the Nets 55-33. A dominant showing on the boards has always been anticipated with this Cavs team, but they don’t always win rebound battles like they did tonight. The nets had 23 defensive rebounds. Comparatively, the Cavs had 20 offensive rebounds.
With their 7th straight win in the books, the Cavs begin a stretch of 4 games in five nights, playing the Toronto Raptors tomorrow, with the Oklahoma City Thunder and New Orleans Pelicans coming up on Thursday and Friday respectively.