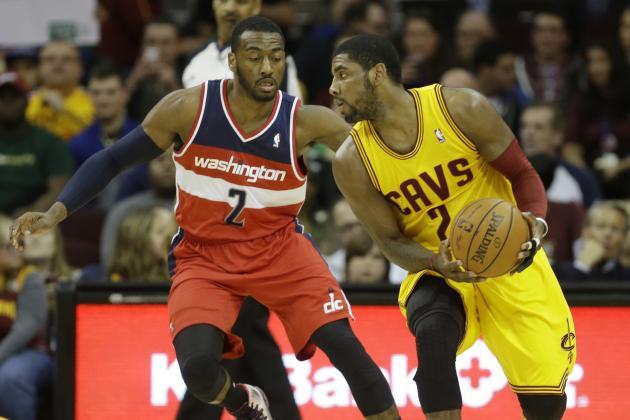 The Cavaliers dropped their 3rd straight game falling to the Washington Wizards 91-78. John Wall scored a game high 28 points on 12-20 shooting to go along with 7 assists and 6 rebounds. The Cavaliers were paced my Lebron James and Kyrie Irving who both scored 22 points. Cleveland only got 10 points off of the bench and as a team shot an abismal 6-27 from three point range.

The Wizards set the tone early with their physical & aggressive play as the they pushed the Cavs around in the paint. Cleveland had no answer for Kevin Seraphin who came off the Wizards bench to score 12 points to go along with 6 rebounds and 3 blocked shots. Kevin Love had 8 points and 8 rebounds never seeming to get involved offensively which has been a problem so far this season.

{adinserter 2}Despite holding Washington to 11 4th quarter points the Cavaliers could only muster 13 points in the 4th as they missed many open shots during a long Wizards scoring drought. For the game the Cavs shot 36% on 27-75 shooting including the 22% from beyond the arc. Washington shot 49% on 41-84 shooting going 4-10 from three point range. Washinton held a slight 45-41 advantage on the boards and racked up 24 assists compared to Cleveland’s 13.

The Cavs (5-6) will look to right the ship tomorrow night against a red hot Toronto Raptors who are fresh off a 41 point blowout victory over Milwaukee improving to 10-2 on the season.

#Cavs Blatt: "This is the same team a week ago was scoring 120 pts. We’re not a different team. We’re just playing in the dark right now"