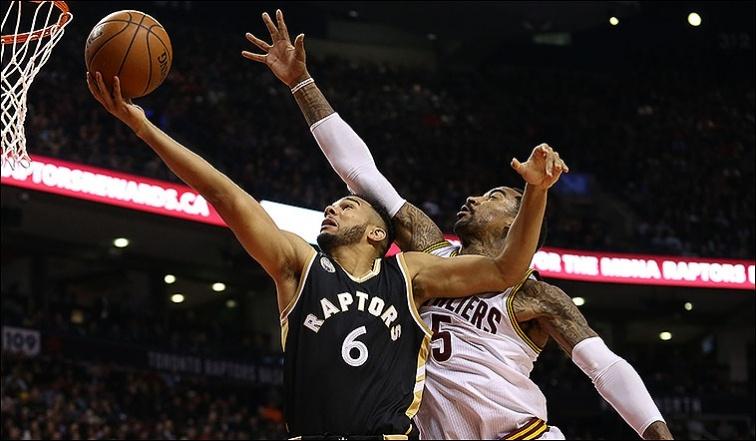 UPCOMING MILESTONE:  A win ties the Cavaliers’ Franchise record for the best start to a season, which was set in 1976-77.

STARTING LINEUP CHANGE:  J.R. Smith will miss another game with a sore ankle. Richard Jefferson will start in his place.

As the Cavaliers seek to continue being one of only two teams to have a single loss so far this season, they are set to take on the Toronto Raptors – who are currently tied for the second best record in the Eastern Conference. The Toronto Raptors are coming off a 118-107 win over the New York Knicks, bringing the current reigning “NBA Eastern Conference Player of the Week”, DeMar Derozan, with them. This season, DeMar Derozan has averaged 34.0 points per game – leading the league in scoring. These two teams have met once already this season, in a 94-91 win for the Cavaliers on October 28th.

The Raptors as a team have been shooting lights-out inside the arc and on midrange shots. They are second in the league in terms of FG% in both the 10-16 feet range and the 16 feet to three point arc range. Beyond the arc, however, they are shooting second worst in the league – 29.0% – a full 8.1% less than the Cavaliers.

With two players in the top five for 3PT% in the NBA – Iman Shumpert with 50.0% and Channing Frye with 48.8% – the Cavaliers have set an NBA record for most consecutive games with 10 three pointers in each to start a season, and show no sign of abandoning this offensive weapon that has lead them to 8-1. While the Raptors have been keeping their opponents below average beyond the arc, the Cavaliers were still able to shoot 37.5% in their last game against them.

Tipoff is set for 7:00 PM EST and will be broadcast on NBATV and FOX Sports Ohio. 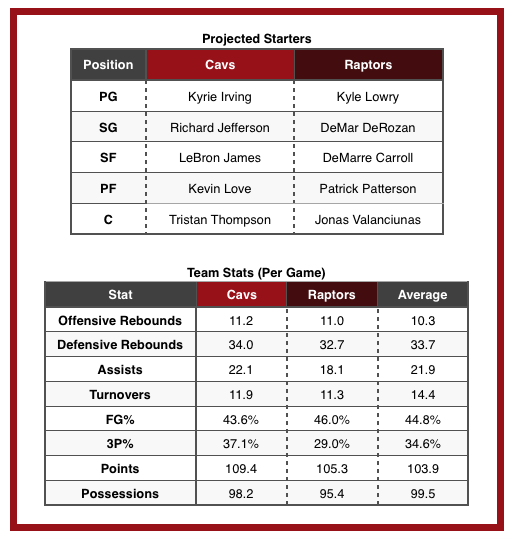