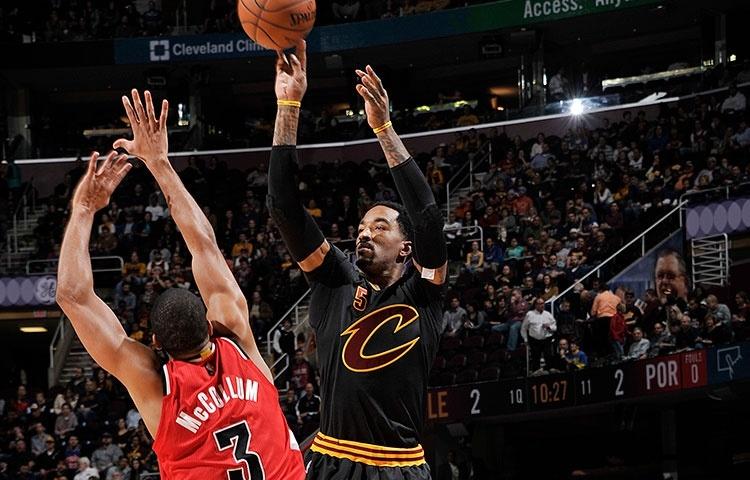 While the Cavaliers have had four full days of rest, the visiting Portland Trail Blazers (8-8) are looking to finish the latter half of a back-to-back, coming off of a close 103-107 loss against the New York Knicks last night. The Trail Blazers have found themselves in a bit of a rut recently, losing four of their last five. However, they still have the highest scoring backcourt in the league with Damian Lillard and CJ McCollum averaging a combined 50.0 points per game.

On offense, the Trail Blazers tend to prefer to shoot with range – averaging the fourth longest distance per shot and the fourth lowest percentage of points in the paint. From beyond the arc, they are making the fifth most shots per game and shooting the eighth highest three-point percentage.

On defense, though, is where Portland has struggled this season. They are allowing opponents to shoot the third most free throws per game due to their 22.8 personal fouls committed per game – fourth in the NBA. Keeping control of the ball may also come easy to the Cavaliers on offense, as the Trail Blazers also have averaged the third least amount of steals per game. In terms of Defensive Efficiency – a measure of points they allow per 100 possessions – Portland is second last in the league with 108.3.

However, the Trail Blazers can still back a punch – they are averaging the 7th most points per game in the league. Close mid-range defense, slowing down Portland’s backcourt, and capitalizing off of mistakes may allow the Cavaliers to come out dominant and shake off the rust from the long break.

Key players to watch for on the Trail Blazers will be Damian Lillard – averaging 27.6 points (fifth in the league) and 4.6 assists per game – and CJ McCollum – averaging 22.4 points per game. 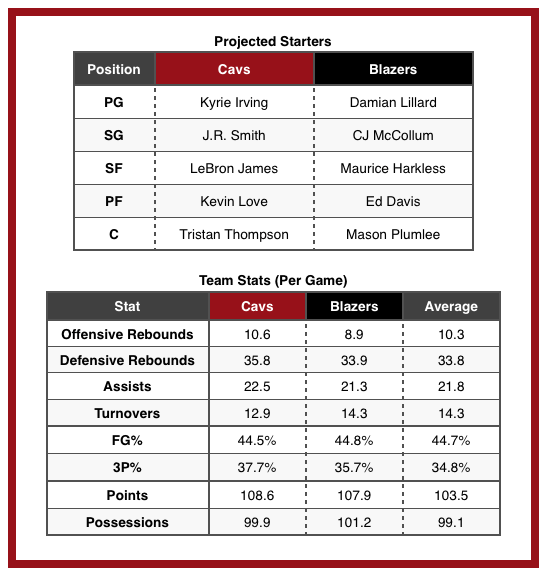