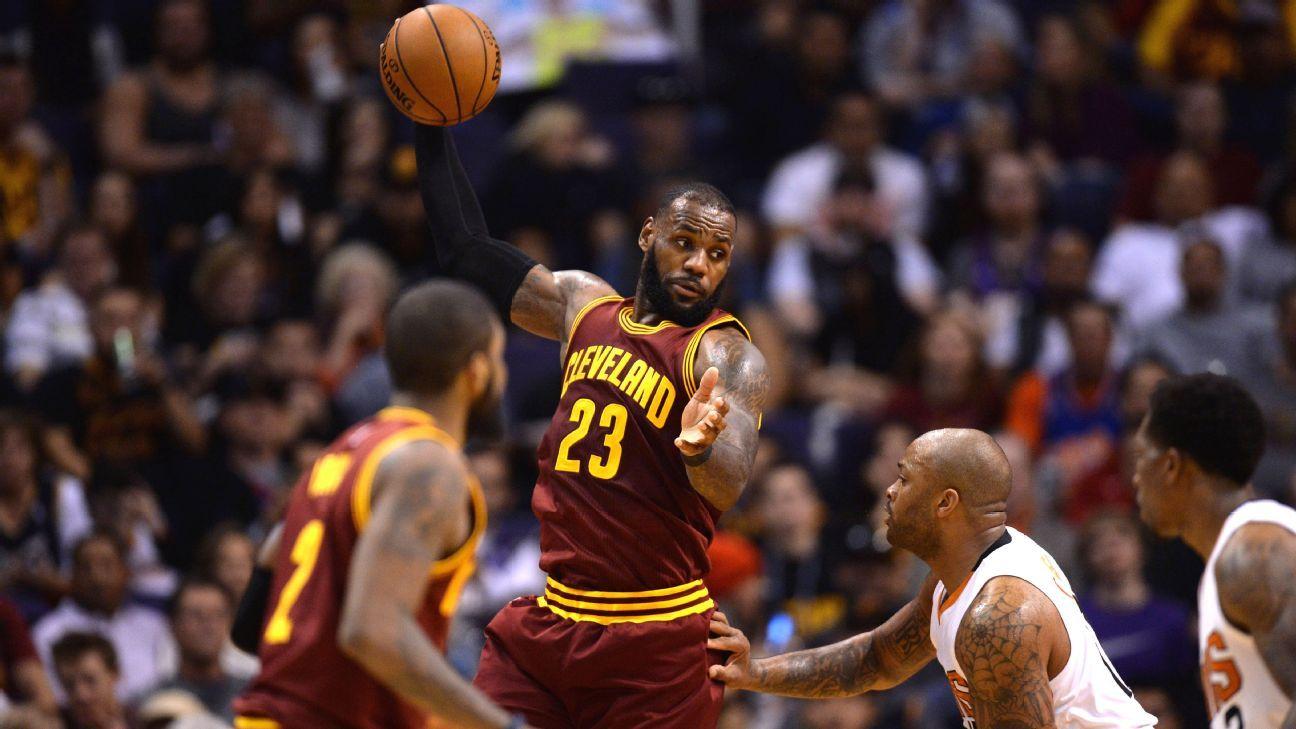 UPCOMING MILESTONES:  Kyrie Irving needs 15 points to pass Larry Nance for 8th most in Cavaliers’ history. With 12 defensive rebounds, Tristan Thompson passes Jim Brewer and secures the eighth most in franchise history. With one block, Channing Frye reaches 500 in his career.

After getting blown out by the Golden State Warriors to end their six game road trip, the Cavaliers now look to get back on the right track with their first game at home in two weeks. On the other end of the matchup, the visiting Phoenix Suns are currently last in the Western Conference with a record of 13-28. These teams have met once already this season – a 120-116 win for the Cavaliers in Phoenix on January 8th where the Cavaliers fought back against a near comeback by the Suns.

On offense, the Suns have made an effort to push the ball inside and play fast. While averaging the third most possessions per game, they thrive on playing in transition, scoring the second most points off of turnovers and the second most fast break points – both at 18.6 per game. While playing half-court offense, they once again look to drive to the basket. They average 22.3 points per game off of drives – second most in the NBA. In total, they score a fifth-highest 43.6% of points in the paint. As a result of placing a focus on being close to the basket while shooting, they put themselves in good position to secure offense rebounds – pulling down 12.0 per game, fourth most in the league.

Defense has been one of their main weaknesses this season – they have given up the second most opponent points per game at 111.7 per game. Most notably, they are allowing their opponents to shoot the second highest three point percentage as well, something the Cavaliers will certainly look to take advantage of. In addition, with their league-high 25.0 fouls per game, they give up the second most free throws in the NBA. 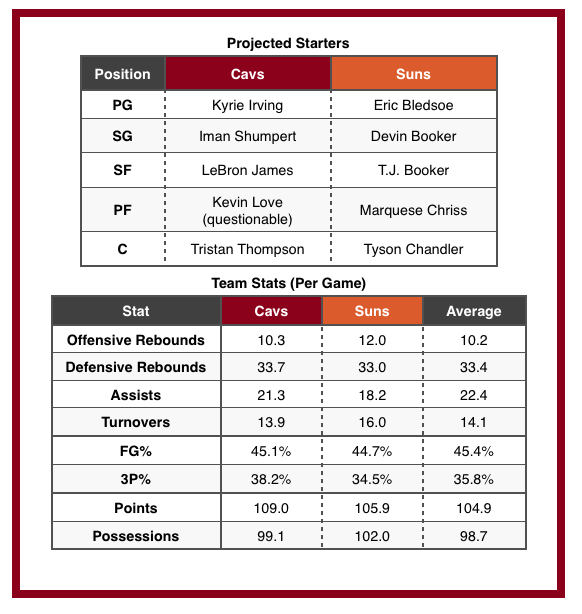 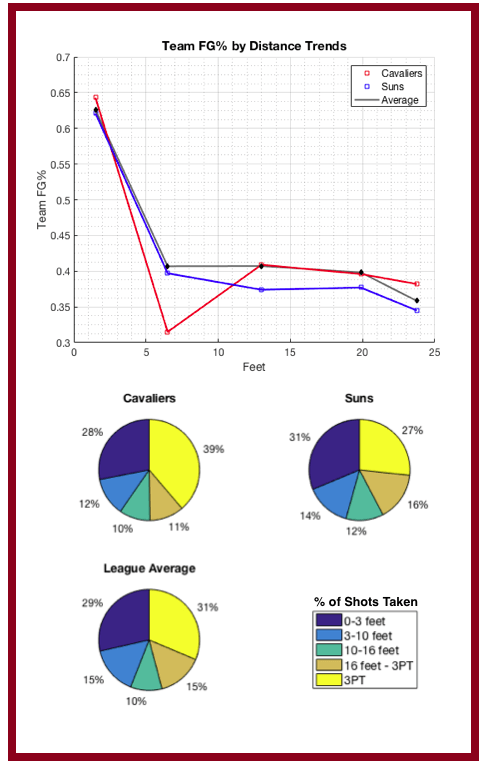