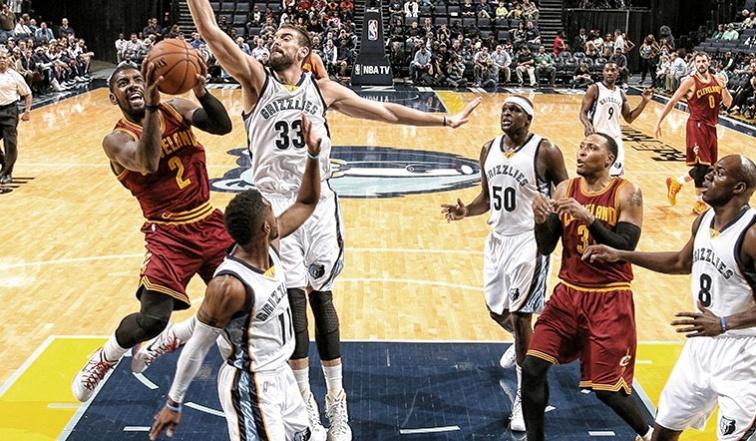 To finish off this back-to-back series with the Grizzlies, the Cavaliers travel to Memphis after a 103-86 win in Cleveland. While the Cavaliers will be bringing a current five game win streak with them, they will be leaving three huge pieces behind – LeBron James, Kyrie Irving, and Kevin Love all will not be traveling with the team for rest. With Marc Gasol back for the Grizzlies as well, expect this game to have a completely different dynamic from yesterday.

As a team, the Grizzlies hasn’t been strong at scoring, with a league worst field goal percentage of 42.0% and a third worst three point percentage of 32.7%. Last night they shot just 40.7% from the field and 18.2% from beyond the arc. Two big sources of their points stem from points off of turnovers – 17.3% of their points, fifth most in the league – and points off of free throws – 19.5% of their points, second most in the league. Last night, they also accumulated 44 of their 86 points inside the paint.

On the other end of the floor is where the Grizzlies have won the majority of their games, even if they did allow the Cavaliers to score 103 against them. They still boast the best defensive rating in the league, allowing only 99.7 points per 100 possessions. They’ve held their opponents to the second lowest FG% and the seventh lowest 3P% in the league. In addition, they continue to allow the least amount of points in the paint, though the Cavaliers average the least amount in the paint anyways.