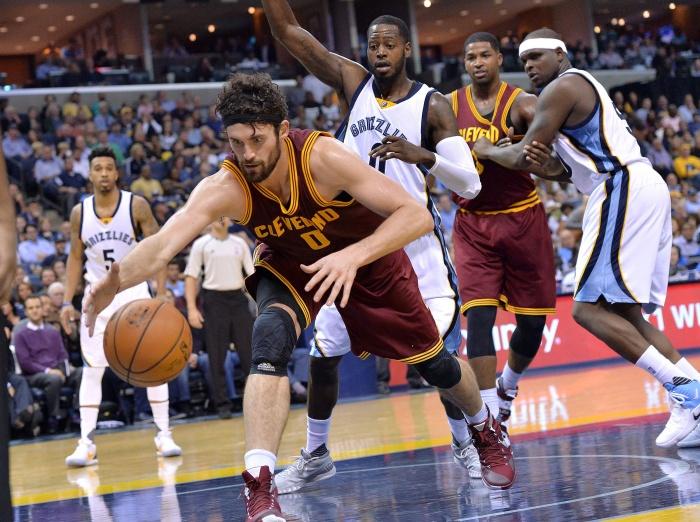 UPCOMING MILESTONES:  With one three-pointer, Kevin Love gets his 800th and joins only five active players who have 800 career threes and 6,000 rebounds. If J.R. Smith hits three three-pointers, he moves into 14th on the all-time NBA career list, passing Dale Ellis. LeBron James is also coming close to 8th place on the NBA career scoring list – he passes Karl Malone with 51 more points.

After a few days’ rest, the Cavaliers welcome the 17-8 Memphis Grizzlies, who are coming off of a 89-110 win against the Golden State Warriors. This game marks the beginning of a back-to-back for both teams, as they will face each other once again tomorrow in Memphis. Given the two games with short rest, each team has opted to rest one of their starters for tonight’s game – Kyrie Irving will rest for the Cavaliers and Marc Gasol will rest for the Grizzlies. The Grizzlies are currently on a six game win streak, whereas the Cavaliers have won their last four.

On defense is where the Grizzlies have excelled. They boast the best defensive rating in the league, allowing only 99.5 points per 100 possessions. They’ve held their opponents to the third lowest FG% and the fifth lowest 3P% in the league. In addition, they allow the least amount of points in the paint. 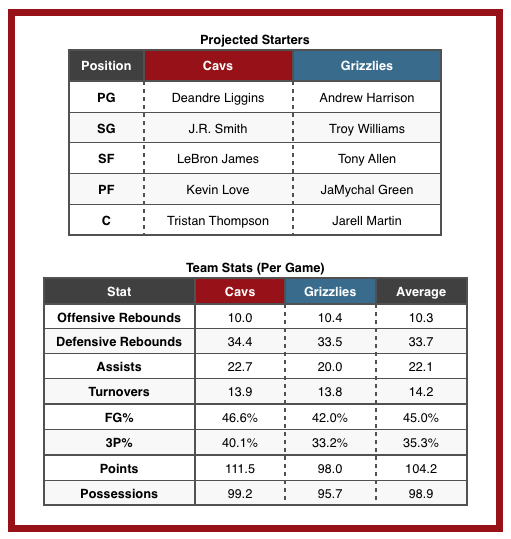