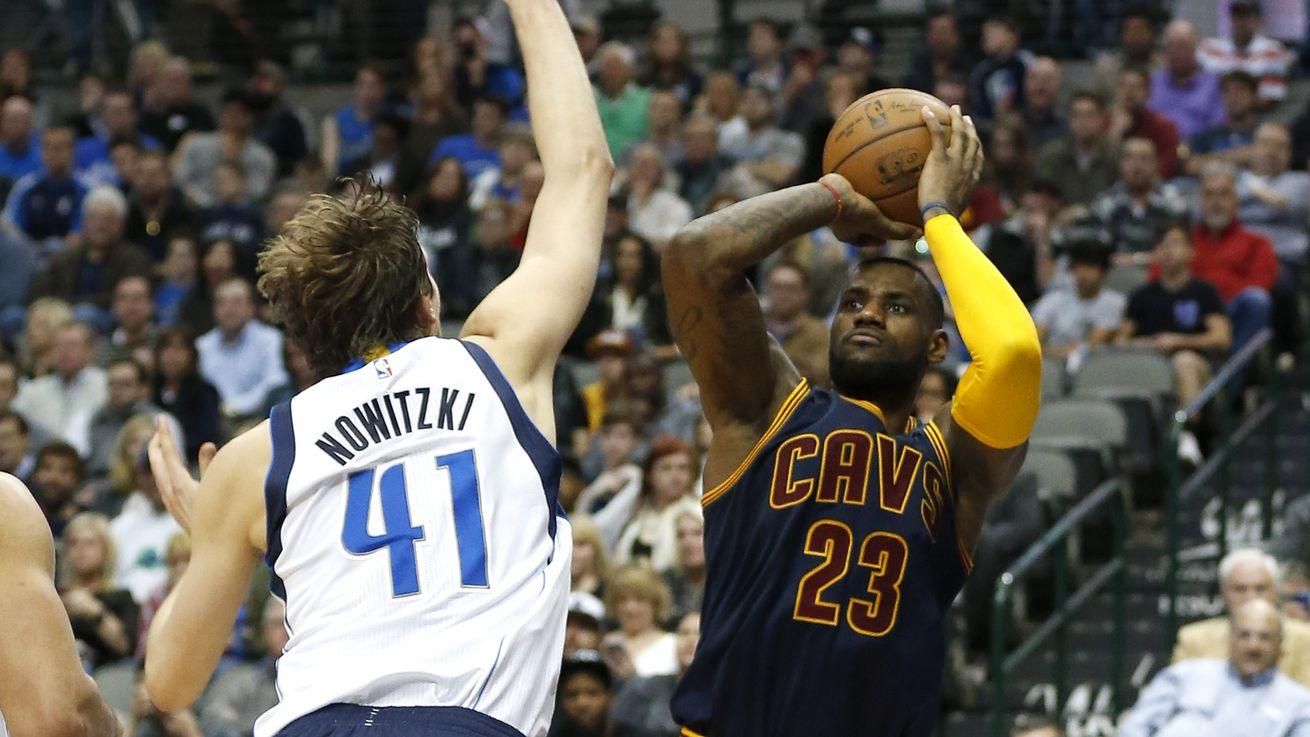 UPCOMING MILESTONES:  LeBron James has the opportunity to play in his 1,000th NBA game and become the 11th active player with that many games. If LeBron makes three three-pointers as well, he becomes the first Cavalier to make 1,000 for the franchise.  In addition, if the Cavaliers win, they set a franchise record for the best start, 12-2, through 14 games.

Despite some fears that the Cavaliers may come out slow against the Portland Trail Blazers on Wednesday after a four day hiatus, Kevin Love and the rest of the team made sure to immediately dispel any doubts that this team was completely locked in. From the Cavaliers making 21 three pointers as a team to Love scoring 34 in the first quarter alone, their offense was firing at an elite level all night. Now they set their eyes to the visiting Dallas Mavericks, who are coming off a seven game losing streak and are currently sitting at 2-12 – the worst record in the NBA.

With Deron Williams missing eight of the last nine games and J.J. Berea set to miss 5 more weeks with a muscle tear, the Mavericks were grateful to have Dirk Nowitzki return on Wednesday against the Los Angeles Clippers, after missing the last eight games with a sore Achilles. While Nowitzki was sidelined, Dallas saw the further emergence of Harrison Barnes, who averaged 23.0 points per game in those eight games.

As a team, the Mavericks have played at the second slowest pace in the league. On offense, due partially to their slow pace, they average the least amount of points per game – just 91.6. In addition, Dallas averages the least amount of total rebounds and assists as well. Despite taking the fifth largest percent of their shots from beyond the arc, they are dead last in three-point percentage with 31.9%.

On defense, they are allowing teams to shoot 40.3% on threes – worst in the league. One thing that Dallas has done well on defense is through forcing turnovers – they have the highest percentage of possessions that end in their opponents turning the ball over. They’ve also been efficient securing defensive rebounds despite averaging the least amount of total rebounds – due to pace and their inefficiency on the offensive board. On 79.2% of defensive possessions ending in a missed shot, they’ve been able to secure the rebound – fourth highest in the league.

If the Cavaliers are able to come out with the same long-range intensity they had against the Trail Blazers, they will be able to pull ahead with ease – especially with Dallas’ troubles defending the three-pointer. However, this game still may present a bit of a challenge if the Mavericks are able to dictate the pace.

Key players to watch for on the Mavericks will be Harrison Barnes – averaging 21.2 points per game – and Andrew Bogut – averaging 10.1 total rebounds per game. 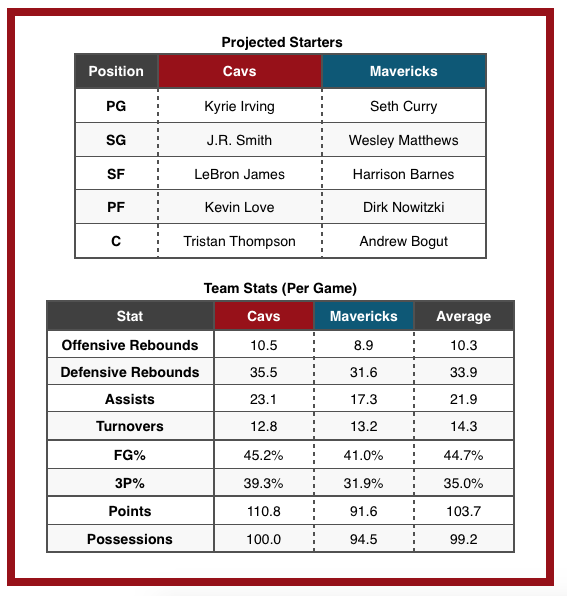