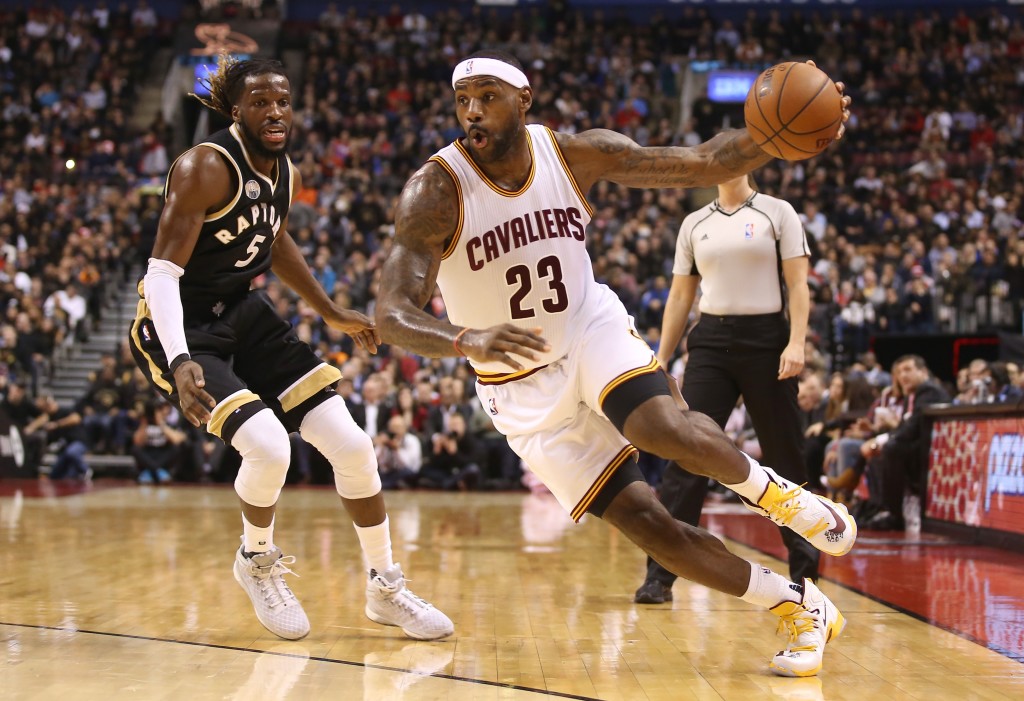 Without a doubt, the Cavaliers are currently in a rut. They have now lost three straight games after starting 13-2, and are now set to face the Toronto Raptors, who are second in the Eastern Conference with a record of 14-6. While the Cavaliers have already played two against the Raptors this season and won both – 94-91 on October 28th and 121-117 on November 15th – Toronto has been playing basketball on a much higher level as of late, winning their last six games. In fact, the Raptors have had a cumulative win margin of 92 points over the past three games – winning by 15 against the Memphis Grizzlies, by 33 against the Lakers, and then by 44 against the Atlanta Hawks on Saturday.

As a team, the Raptors are averaging the second most points per 100 possessions in the NBA. In terms of shooting, they have been nothing short of elite – second in field-goal percentage as well as third in three-point percentage. As a team, they average 20.4 points per game off of free throws, and are sporting the second highest free-throw percentage. Their offense is not highly reliant on ball movement – they average the sixth lowest assists per game and second highest percentage of unassisted baskets.

On defense, the Raptors have excelled at forcing their opponents into turnovers – they average the third most steals per game in addition to the most points off of turnovers in the league. On the glass though, they average the fourth least amount of defense boards per game. In terms of defending shots, they’ve allowed the fourth highest opponent FG% inside the three-point arc.

The Cavaliers have been vulnerable near the basket recently – giving up 176 points in the paint as well as being out-rebounded during this three game losing streak. One key tonight will be interior strength and physicality down low for the Cavaliers. A win against this high powered Raptors team might just be enough to help the Cavaliers regain some of the confidence they showed at the beginning of this season. 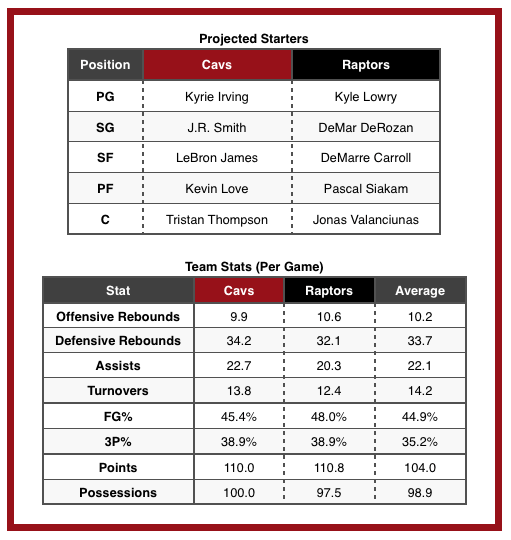 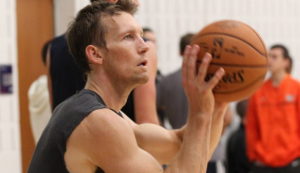