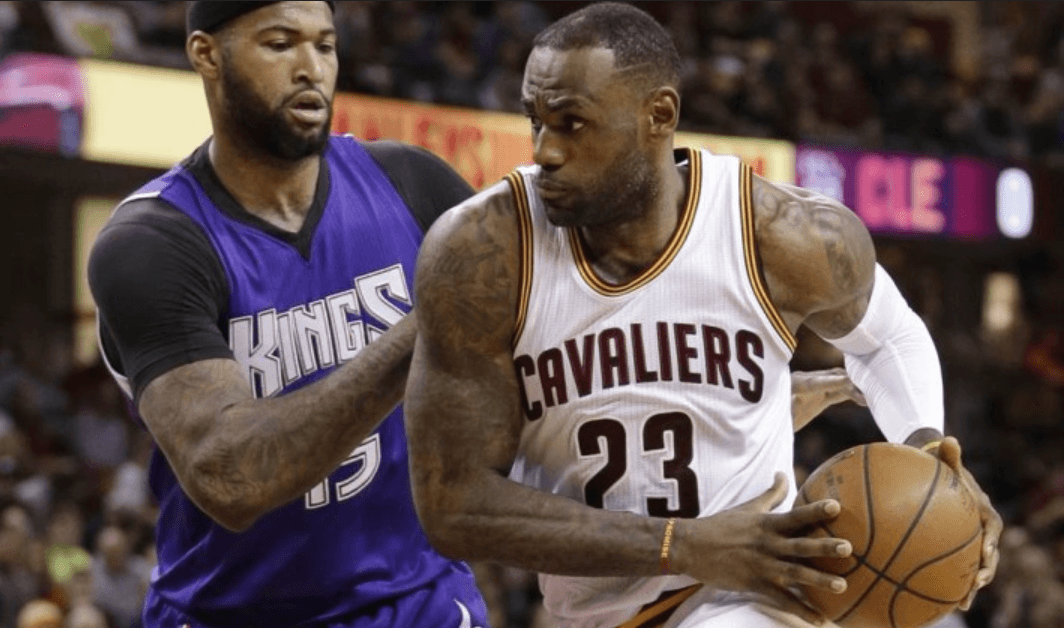 STARTING LINEUP CHANGE:  Iman Shumpert is projected to start in place of DeAndre Liggins for his second start of the season.

UPCOMING MILESTONES:  With three more blocks, Tristan Thompson reaches 326 and claims the 10th most in Cavaliers’ franchise history – passing Mark West. With one block, Channing Frye reaches 500 in his career.

After a demoralizing back-to-back series which saw the Cavaliers lose to both the Utah Jazz and the Portland Trail Blazers, the Wine-and-Gold continue their West Coast road trip with the 16-22 Sacramento Kings. The Kings have lost five of their last seven games, but are coming off of a 100-94 win over the Detroit Pistons on Tuesday.

On offense, the Kings tend to start a lot of their offense near the top of the key – they average a league-high 25.2 elbow touches per game. In addition, they’ve used the fifth highest percentage of their possessions – 9.5% – on posting up. They tend to play at a slower pace – averaging the sixth least total possessions per game. All together, they’ve had a fairly average offensive output, and are tied for the 17th best Offensive Efficiency in the league.

As a team, they have been a bit worse on defense. They average the fourth least blocks and the third least defensive rebounds. In addition, they’ve allowed their opponents to shoot the third highest three point percentage. One positive for them has been their ability to allow the second least opponent points in the paint and have held their opponents to the sixth lowest shooting percentage within five feet from the basket.

With the Cavaliers having abysmal shooting their last two games- their two worst field goal percentages this season came from these games, with 34.1% against the Blazers and 36.5% against the Jazz – they are in need of a game to get their rhythm back. With only 14 assists on Tuesday and 15 on Wednesday, a large emphasis will probably be placed on ball movement against this Kings team. With a matchup against the Golden State Warriors coming up on Monday, a decisive win tonight may be what the Cavaliers need to snap out of their current slump.

Tipoff is set for 10:30 EST and will be broadcast on Fox Sports Ohio. 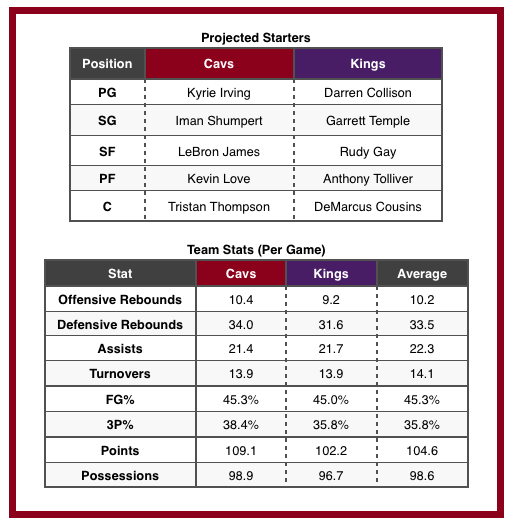 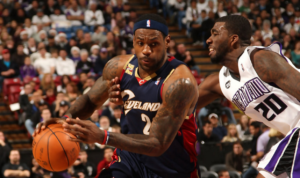 JUST IN: LeBron James has the only 50-point game on Friday the 13th
Related Topics