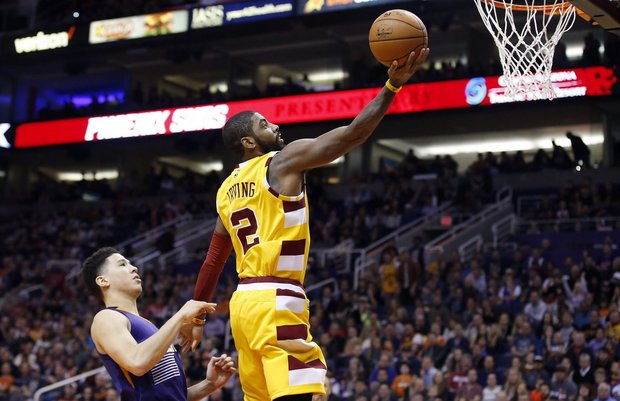 UPCOMING MILESTONES:  With two more made shots, LeBron James reaches 10,000 and becomes the 14th player in league history with that many field goals. LeBron James also needs 11 assists to secure the 15th place on the NBA all-time career list. With six more points, Tristan Thompson reaches a career total of 4,000, and with four more blocks, he accumulates the 10th most in Cavaliers’ franchise history. With 11 points, Channing Frye reaches 7,000 in his career.

After a 116-108 win in Brooklyn, the Cavaliers set out west to take on the Phoenix Suns in the second game of their six-game road trip. The Suns are coming off a 102-95 win against the Mavericks, and have won their last two games. This season, they are 12-25 and third last in the Western Conference.

On offense, the Suns like to play with pace. While averaging the third most possessions per game in the league, they score the second most fast break points per game with 18.4, the second most points off of turnovers with 18.7, and the third most points off of drives per game with 21.9. Ball movement doesn’t play much of a factor in their half-court offense, as they are dead last in the league in assists per game, with just 18.3. The Suns haven’t utilized the three much this year, as they score just 23.0% of their points on threes – second lowest in the league.

On defense, the Suns look to steal the ball at the slightest chance. They average the fourth most steals and force their opponents to commit a league high 16.0 turnovers per game. However, in attempting so many steals, they end up racking up the most fouls as well – 25.2 a game – giving their opponents an average of 28.6 free throws per game. One of the Suns’ main defensive weaknesses has been their inability to hold opponents to low shooting percentages. Their opponents average the sixth highest field goal percentage as well as the second highest three point percentage.

Tipoff is set for 8:30 EST and will be broadcast on Fox Sports Ohio. 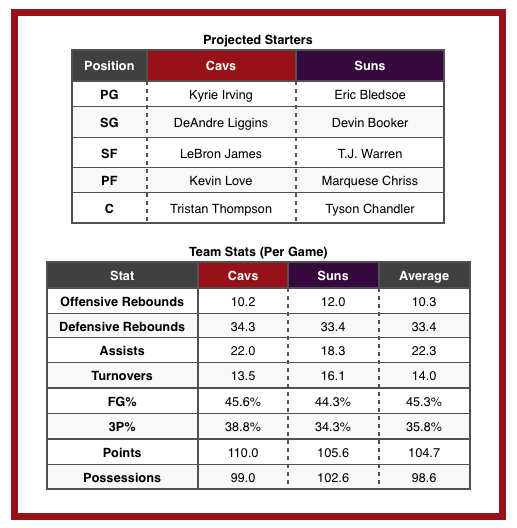