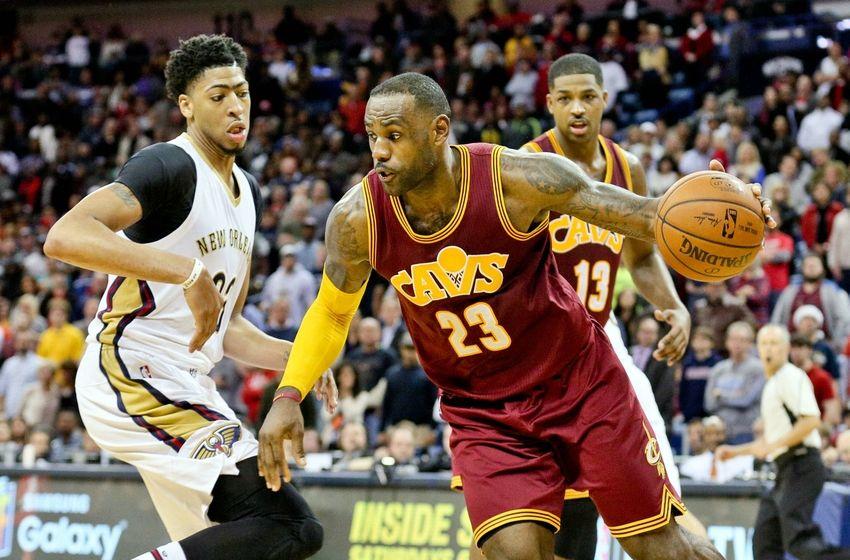 Well, this was not what the Cavaliers were expecting form the 17-27 Pelicans without their high scorer. The Pelicans have taken advantage of the Cavaliers down low, scoring 32 points in the paint. The differences between the two benches has been staggering – the Cavaliers reserves have scored just 5 points while New Orleans’ reserves have scored 20. As a team, the Pelicans are shooting a full 18.8% better from the field. Terence Jones, starting in place of the injured Davis, is 8 of 8 from the field and 2 of 2 from beyond the arc for 22 points. In addition, Jrue Holiday is also putting in work with 9 of 11 shooting for 22 points as well. There’s a lot of work left for the Cavaliers in the second half as the Pelicans lead by a resounding 20 points.

Well, the Pelicans couldn’t seem to miss to start the game. After starting the quarter 6/6 from the field and 2/2 from three, the Pelicans were able to swiftly take the lead. The Cavaliers were able to turn things around a bit with some effort and cut the 12-point deficit to just four, but then let it slowly slip away once again with more poor defense. With around half their points coming inside the paint, the Pelicans been taking advantage of the Cavaliers down low, while also executing from range. Carrying the Pelicans offensively has been Terrence Jones, with one of his best career quarters for New Orleans. 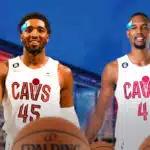 UPCOMING MILESTONES:  With one block, Channing Frye reaches 500 in his career.

STARTING LINEUP CHANGE:  Anthony Davis (Pelicans), who was questionable with a right quad contusion, is now confirmed out. Terrence Jones will start in his place.

As the Cavaliers look to move on from a demanding 115-118 overtime loss to the San Antonio Spurs, the Wine-and-Gold head to New Orleans to face off against the 17-27 Pelicans. Sitting at the 10th seed in the West, the Pelicans are coming off a loss where they gave up a whopping 143 points to the Brooklyn Nets. These teams have met one already this season – a 90-82 win for Cleveland.

On offense, the Pelicans rely heavily on bench production. With 40.3 points per game coming off of the bench, thy have the fourth most bench points and fourth most cumulative bench minutes. From the field, they haven’t managed to score efficiently – averaging the fifth lowest field goal percentage with 43.9%. They score the third least points off of turnovers – 14.4 – and the third least second chance points – 10.6, due mainly to their third least offensive rebounds per game. However, they’ve average the sixth most points of of fast breaks in the league. All together, they are only averaging 101.6 points per 100 possessions, giving them the fourth worst Offensive Efficiency.

On the other end of the court, the Pelicans have been pretty strong defensively. They hold their opponents to 1.1% less than their averaging shooting percentage, which is the fourth best in the entire league. While averaging the fifth least fouls, they also manage to block a whopping 5.9 shots per game – second only to the Golden State Warriors. While they lack offensive rebounding, they bring down a third-most 35.8 defensive rebounds per game. Per 100 possessions, they allow just 103.8 – the eighth best in the NBA.

Key players to watch for on the Pelicans will be Anthony Davis (averaging 28.6 points and 12.0 rebounds) and Jrue Holiday (averaging 13.8 points and 7.0 assists). 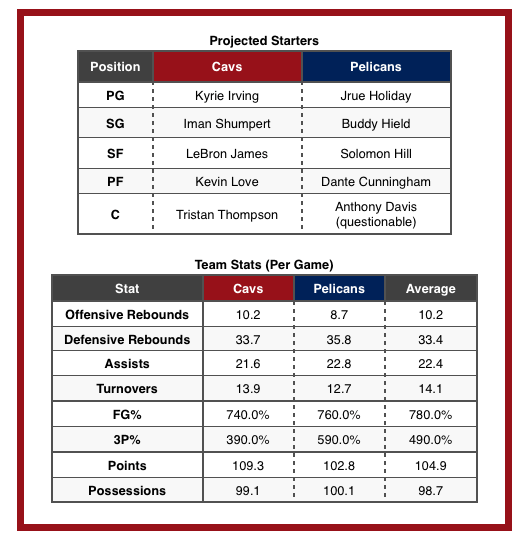 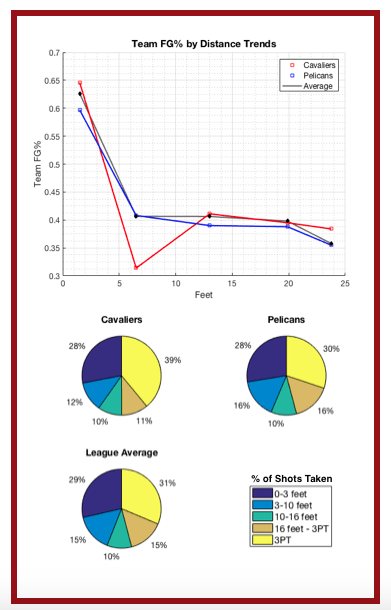