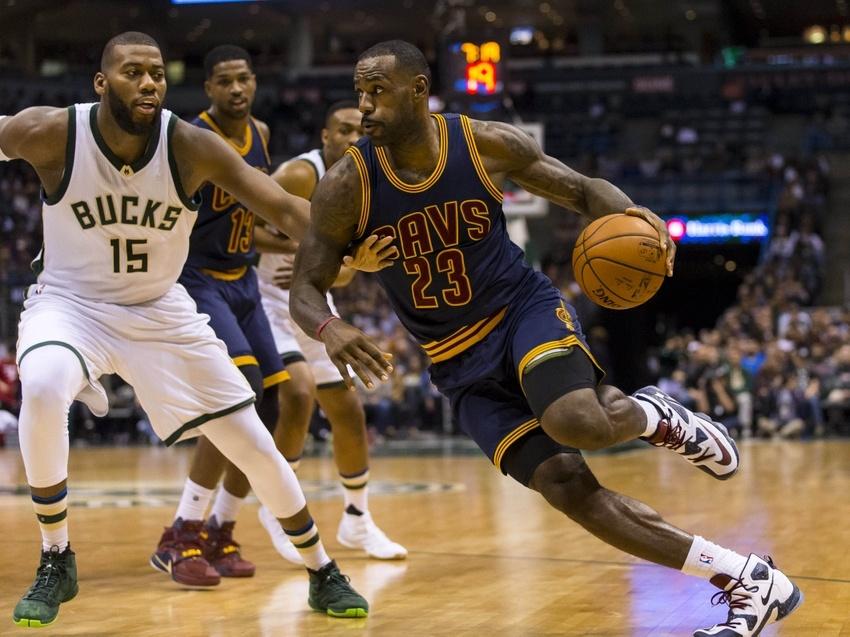 STARTING LINEUP CHANGE:  Kevin Love will miss the first game of this back-to-back series at least with a knee contusion suffered in the game against the Lakers.

After welcoming Timofey Mozgov back to Cleveland with a 119 – 108 win over the Los Angeles Lakers on Saturday, the Cavaliers travel to Milwaukee to face Matthew Dellavedova and the 13-12 Bucks for the second time this season. Last time these two teams met, the Bucks won 118-101 behind Giannis Antetokounmpo’s 34 points. The Bucks are coming off of a resounding 95-69 win against the Chicago Bulls. Just like the two recent games against the Memphis Grizzlies, the Bucks and the Cavaliers will face off twice in back-to-back days – first in Milwaukee and then the following night in Cleveland.

On offense, the Bucks have been very effective at properly moving the ball, averaging the fourth most assists per game – 24.3 – and the third highest percent of their passes that result in assists – 8.5%. They prefer to reside in the paint, scoring a league high 47.9% of their points in the paint. They’ve also been ready at all times to capitalize off of opponent mistakes, averaging the fourth highest percent of points off of turnovers and the fifth most fast break points per game.

As a team, the Bucks have also been solid on defense. They allow the seventh least amount of points per 100 possessions. Most importantly, they are holding opposing teams to the second lowest shooting percentage and the second lowest three-point percentage.

The Milwaukee Bucks will certainly cause some problems for the Cavaliers on defense with their ability to guard the three point line, although the Cavaliers still shot 35.9% from beyond the arc last game – which is higher than what 20 teams in the NBA are averaging this season. Important for Cleveland will be their ability to defend near the basket and limiting Milwaukee’s paint effectiveness.

Key players to watch for on the Bucks will be Giannis Antetokounmpo – averaging 22.6 points, 9.1 rebounds, and 6.0 assists per game – and Jabari Parker – averaging 19.4 points and 5.6 rebounds per game. 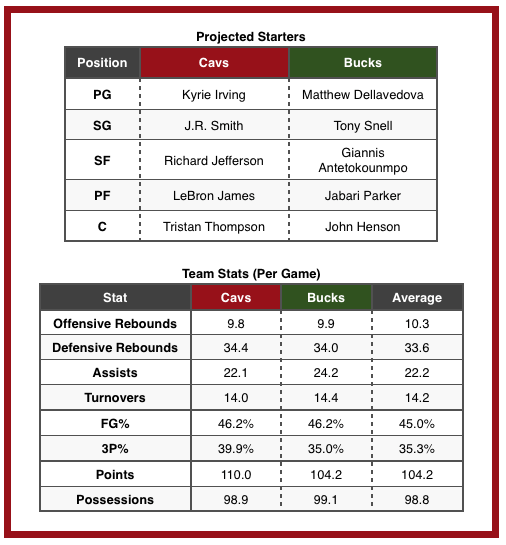