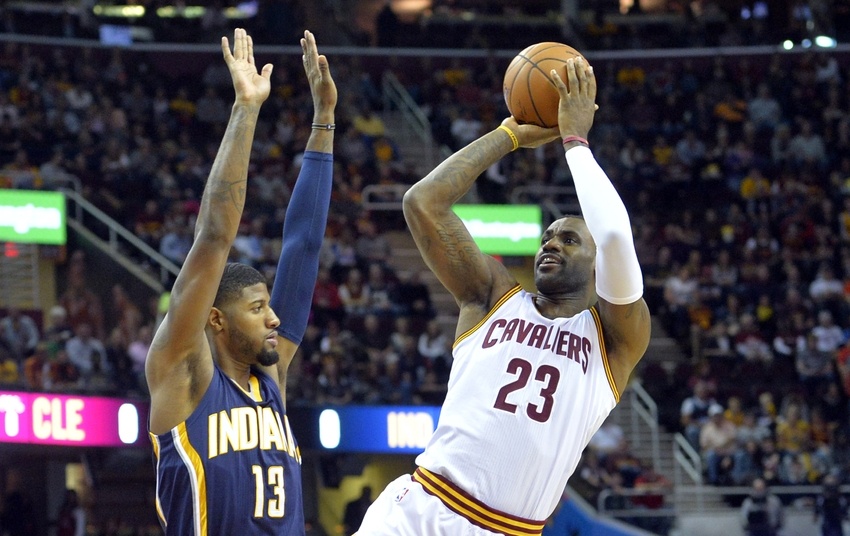 UPCOMING MILESTONES:  A win sets the Cavaliers’ Franchise record for the best start to a season – their current 9-1 start ties their 1976-77 start.

After a close 121-117 win at home against the Toronto Raptors, the Cavaliers head on the road to face the Indiana Pacers, who are currently sitting at 9th in the Eastern Conference with a record of 5-6. The Pacers are coming off a low-scoring game against the Orlando Magic – where they came out on top with a score of 88-69.

While their record may lead one to believe this will be an easy game for the Wine-and-Gold compared to the likes of the Raptors or the Hornets, the Pacers aren’t a team to let one’s guard down against. They are third in the league in points off of turnovers – 20.2 per game – and fourth in steals – 9.8 per game. On offense, they like to move the ball – they are fourth in assists with 24.6 per game.

The Pacers have been able to shoot 18.3% better than the Cavaliers in the 3-9 foot range and 7.3% better in the 16 foot range up until the three point arc – furthermore, they are shooting a higher than average percentage of their shots from both of these ranges. From three, the Cavaliers are shooting better, but the Pacers remain an outside threat as they are still shooting above average beyond the arc. 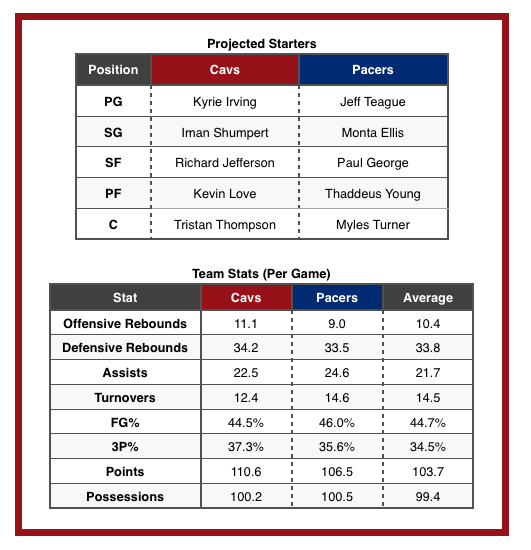 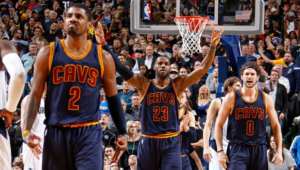